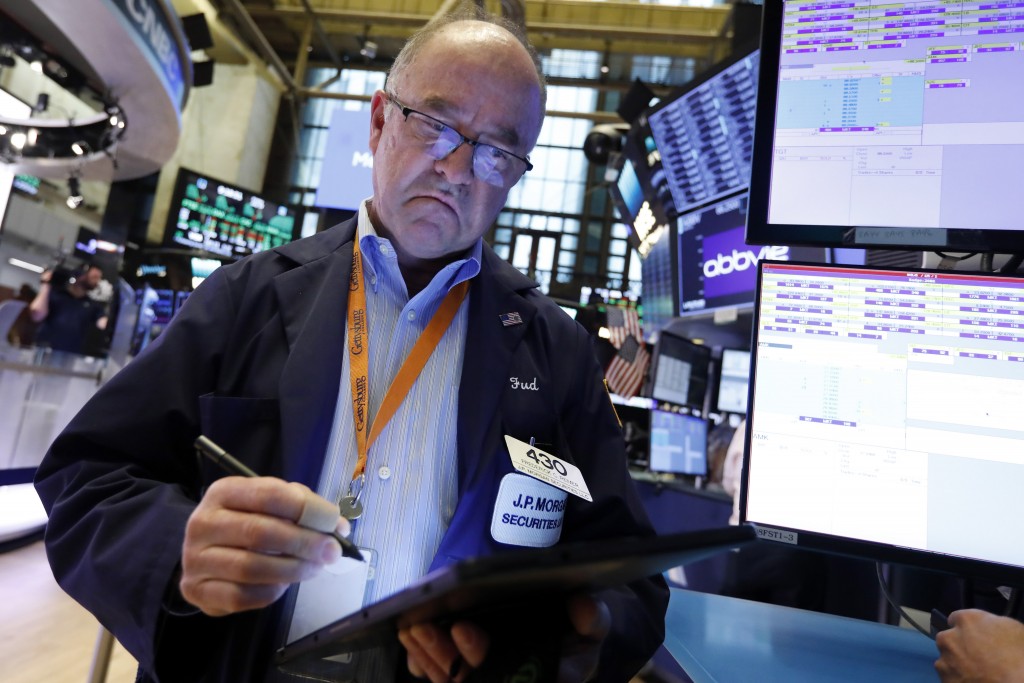 The market is reacting to a mixed bag of corporate earnings. This is a heavy week for financial results, with nearly 150 major companies reporting results through Friday. Stocks have been volatile over the last few weeks as investors assess the results to gain a better picture of the overall economy.

Communications companies were weighed down by Facebook as it faces a steep fine for privacy violations. Alphabet, Google's parent company, also fell.

Technology stocks were the bright spot in the market early on. A solid earnings report from Texas Instruments pushed the chipmaker's stock higher and made the sector the biggest gainer.

DISLIKE: Facebook fell 1.2% after federal regulators punished the social media company with a $5 billion fine for privacy violations. It is the largest fine ever imposed by the Federal Trade Commission against a technology company. The commission opened an investigation into Facebook last year after revelations that data mining firm Cambridge Analytica had gathered details on as many as 87 million Facebook users without their permission.

GOOD CHIPS: Texas Instruments rose 7.7% after surprising investors with a solid profit and sales forecast, helping to ease concerns on Wall Street about weak demand because of the U.S.-China trade war. Chipmakers have been under pressure because of fears that sales in China would feel the brunt of tariffs and technology restrictions.