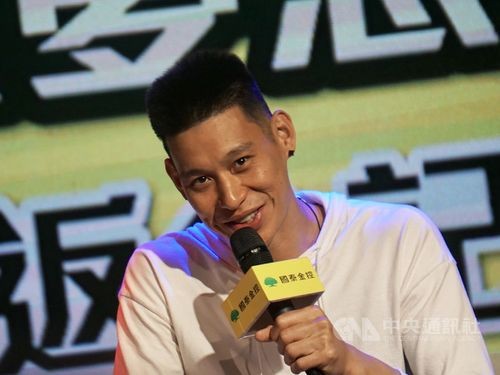 Taipei (CNA)-- Taiwanese-American point guard Jeremy Lin (林書豪), who won his first NBA title last month with the Toronto Raptors, said Wednesday that his biggest dream right now is to play on the same team with his younger brother, a star in a Taiwan basketball league.

"About five years ago, I began to consider whether I should play basketball in Asia because every year when I visit the region, I see so many fans, and they make me want to play a few seasons in the region," Lin told reporters in Taipei.

He said that because of the time difference, basketball fans in Asia have to get up early to watch NBA games, which is unfortunate.

If the opportunity arises, as long as he is fit, Lin said, he would like play in the region.
"I would consider it," Lin said. "And of course, my greatest dream is to play on the same team with my younger brother."

His brother Joseph Lin (林書緯), who plays guard for the Fubon Braves, helped his team win its first ever Super Basketball League title in Taiwan in May. One month later, the Toronto Raptors, with Jeremy Lin as their point guard, made history by winning the NBA championship for the first time.

Jeremy Lin said, however, that he was not hinting at playing in the Asian league next season, but rather he was highlighting the importance of being happy while playing basketball.

"You know, sometimes when you join this team or that team, to play under certain conditions, such as under a particular coach, you may find that you're not very happy in that environment," he said. "I want to avoid that."

With that in mind, Jeremy Lin said, he would consider his best options and where he would be most happy next basketball season.

Touted as the first Asian-American to get an NBA championship ring, Jeremy Lin is currently a free agent and has not yet revealed which league or team he will join next.

During his current visit to Taiwan, he will coach a basketball camp on Friday and Saturday, attend a seminar on Friday, and visit a market bazaar on Sunday before his departure, according to a statement issued Wednesday by Cathay Financial Holdings, the organizers of the trip.

The 30-year-old NBA star shot to fame in 2012 during what fans called a "Linsanity" craze, after he led the struggling New York Knicks in a turnaround.