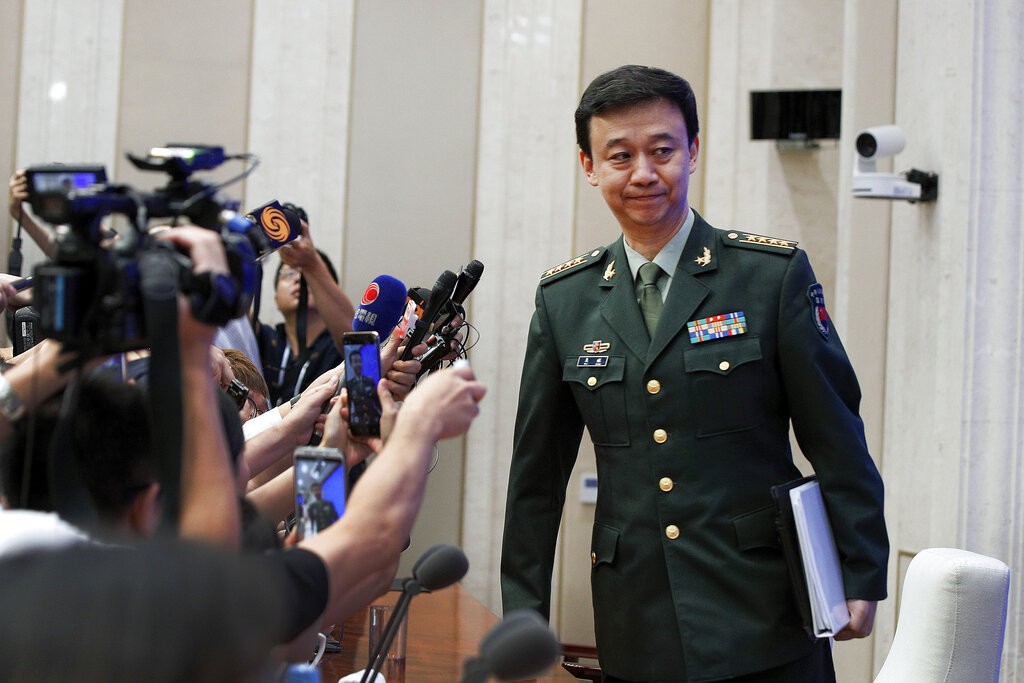 TAIPEI (Taiwan News) — The Chinese military on Wednesday (July 24) once again threatened the use of force against what it considers to be Taiwan’s pro-independence “separatists,” while hinting at the possibility of deploying the People’s Liberation Army (PLA) to quell Hong Kong’s protests.

While insisting on its policy of “peaceful unification” and “one country, two systems” toward Taiwan, Beijing reiterated it will not “renounce the use of force” against “separatists” and “foreign forces” in its latest national defense white paper.

“We must firmly point out that seeking Taiwan independence is a dead end,” said Wu Qian (吳謙), a defense ministry spokesperson, at the launch event for the white paper.

The report said the PLA will continue to organize military incursions around Taiwan, as a means to signal “a serious warning against Taiwan independence separatists.”

Speaking about Hong Kong’s protest on Sunday (July 21), which remained largely peaceful despite vandalism of Beijing’s liaison bureau in Hong Kong, Wu described the behavior of “the radical protesters” as “intolerable.”

The military is closely following developments in Hong Kong, Wu said. “Article 14 in the third chapter of the Garrison Law has clear stipulations,” said Wu, responding to questions about possible Chinese intervention.

The month-long civil unrest in Hong Kong stems from protests against the now postponed extradition bill, which would allow extradition to China. It has led to dissatisfaction with the Hong Kong government’s handling of protests and charges of police brutality, plus calls for Chief Executive Carrie Lam to step down.

The law indicates that in order to maintain public order or provide disaster relief, the PLA’s garrison stationed in Hong Kong may be deployed at the request of the Hong Kong government.

Beijing ramped up pressure on Taiwan after President Tsai Ing-wen (蔡英文) took power in 2016. Tsai refused to accept the so-called “1992 Consensus,” which expresses the idea that Taiwan and China are part of one China.

The white paper criticized Tsai’s Democratic Progressive Party (DPP) for promoting the de-jure independence of Taiwan and striving for de-Sinicization. It suggested that pro-independence separatism is the greatest threat to cross-strait relations and peace.

The report also blasted the United States, which this month approved a sales package of tanks and Stinger missiles valued at approximately US$2.2 billion to Taiwan, for “undermining global strategic stability.”