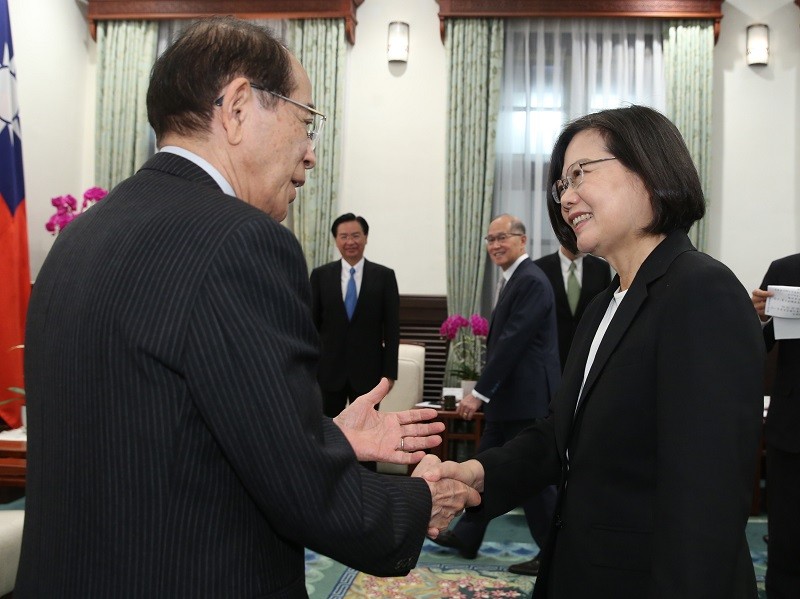 The blaze at Kyoto Animation Studio in Kyoto, Japan on July 18 resulted in the deaths of 34 people and injured an additional 35, according to reports. It was Japan’s deadliest mass killing in nearly two decades.

In her 14th meeting with Ohashi, Tsai first expressed her gratitude to the Japanese friend, who has been instrumental in the signing of many bilateral cooperation agreements and in promoting Taiwan-Japan relations.

The president then said the recent Kyoto Animation arson attack had shocked the world and that she wanted to convey her sympathy to the victims of the mass killing. The works of Kyoto Animation have been deeply admired by young people in Taiwan, she said, adding that she hoped the injured could get well soon and the families of those who lost their lives could be consoled of their pain.