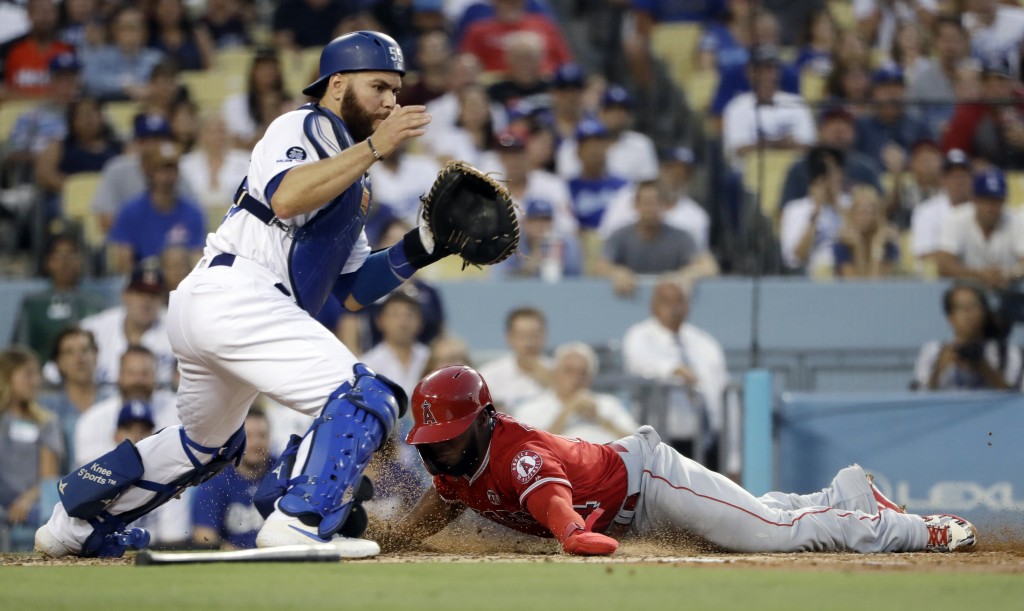 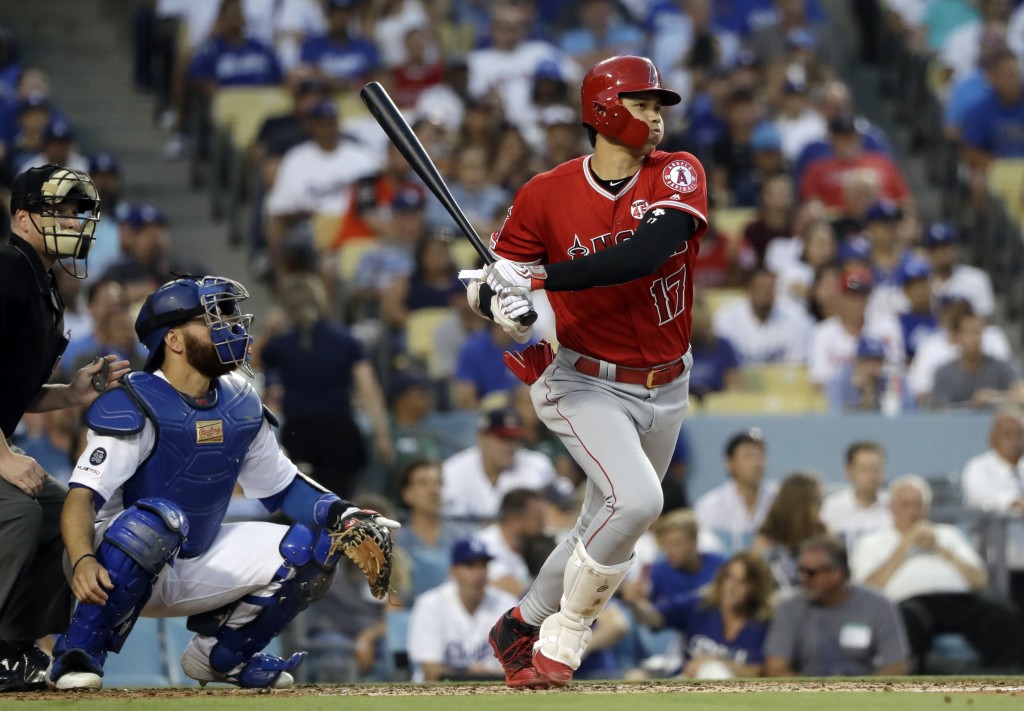 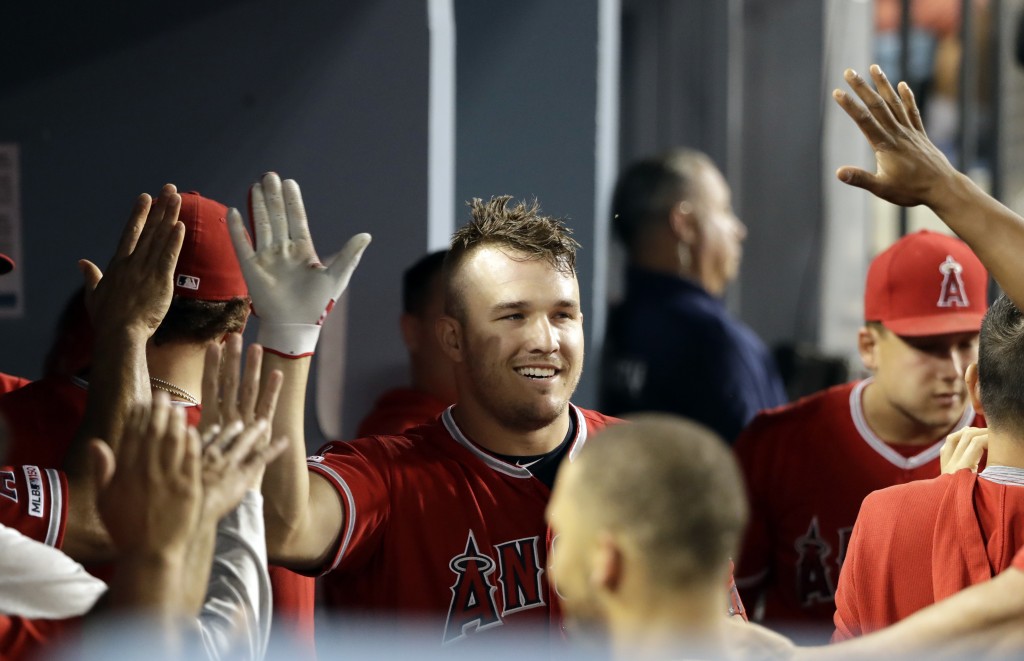 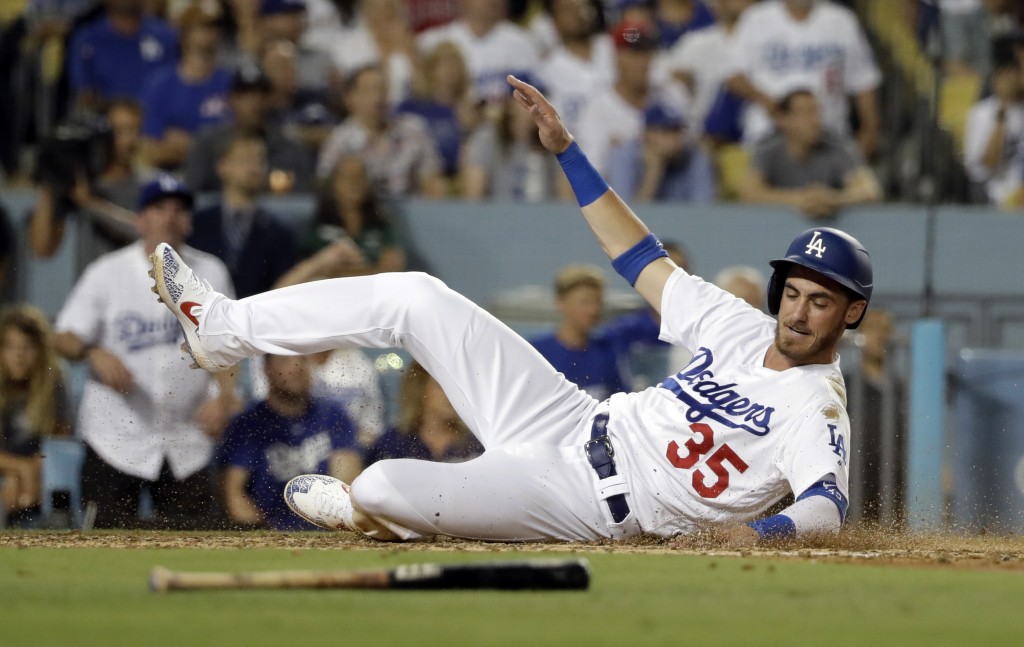 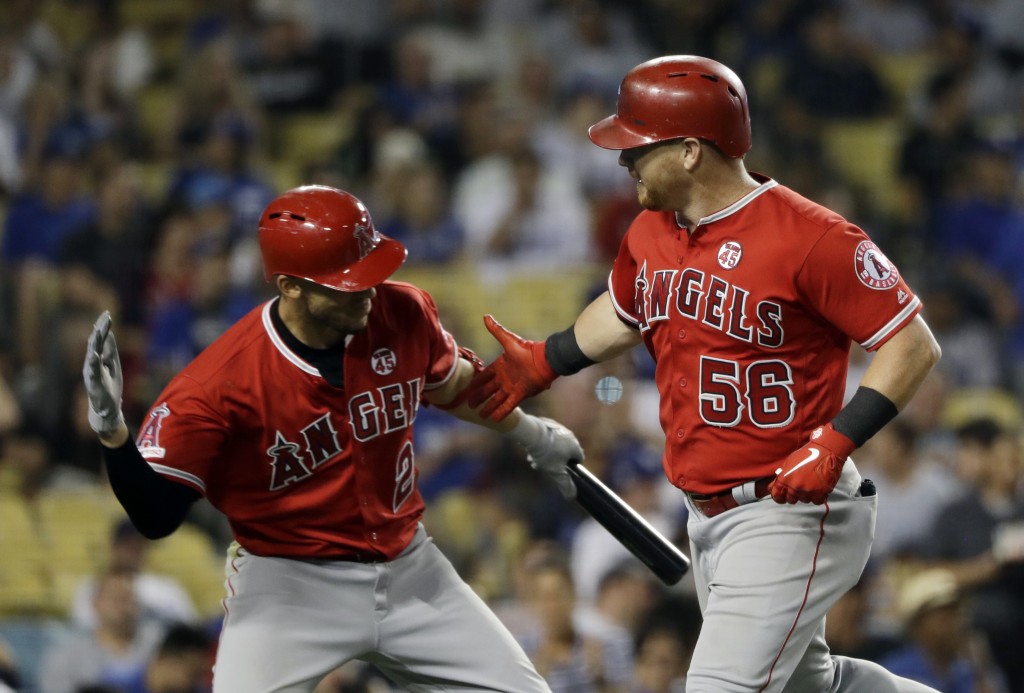 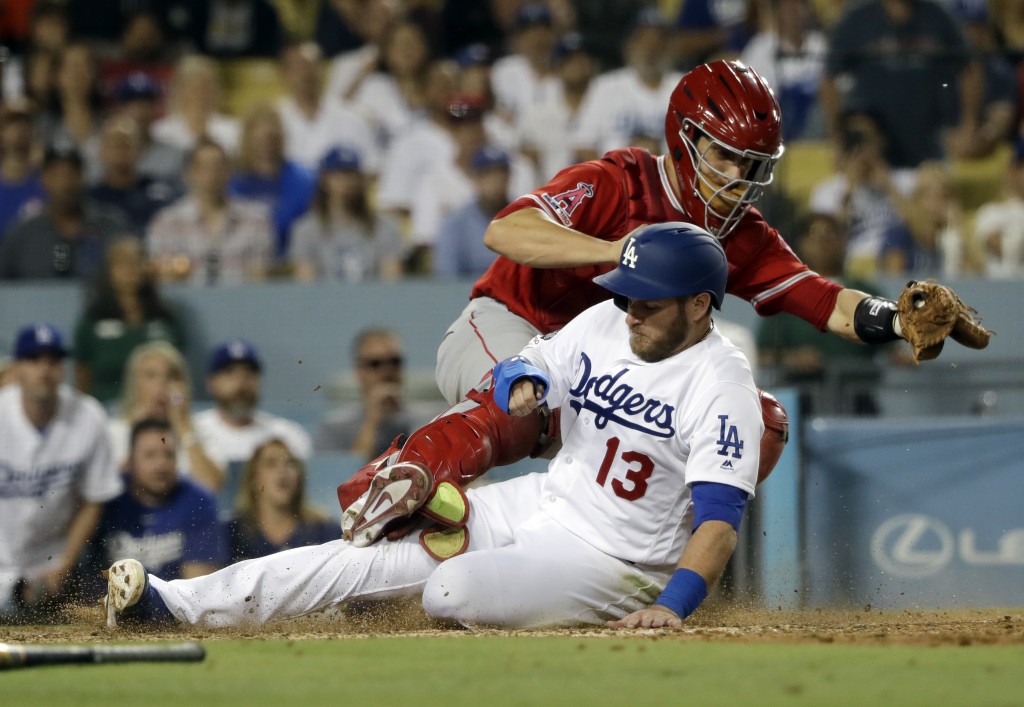 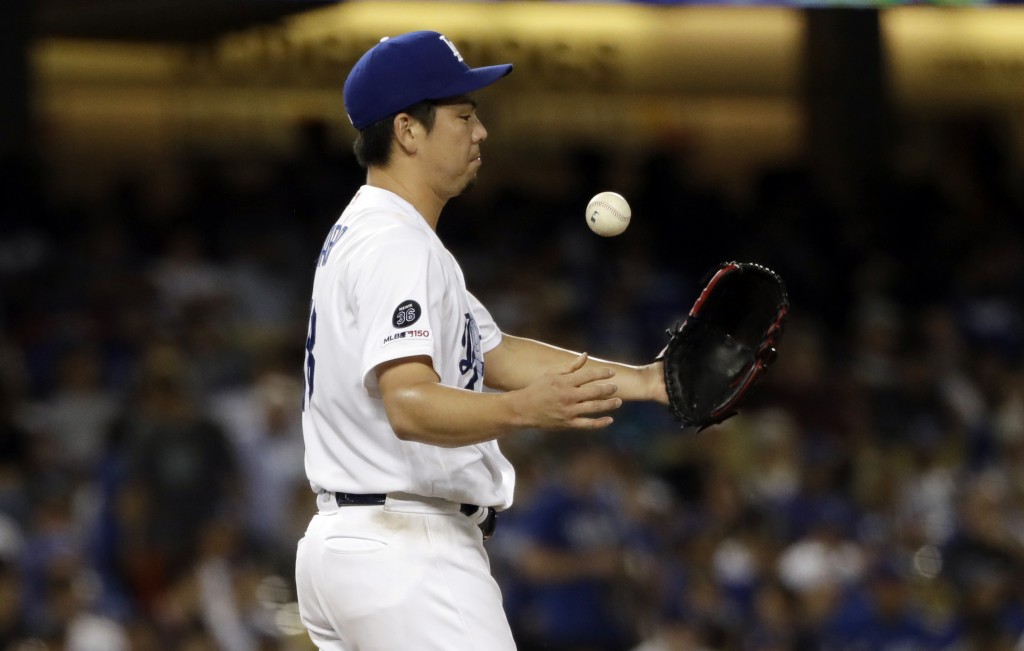 ANAHEIM, Calif. (AP) — Kole Calhoun had a homer and two doubles before he threw out Cody Bellinger at the plate to end the Los Angeles Angels' 5-4 Freeway Series victory over the Los Angeles Dodgers on Tuesday night.

Mike Trout hit a 454-foot tiebreaking homer and also made a perfect 260-foot throw to get Max Muncy at the plate earlier in the game, but the Angels needed yet another huge defensive play to secure their eighth victory in 11 games.

The Dodgers rallied against Angels closer Hansel Robles in the ninth, trimming the lead to 5-4 after Justin Turner walked, advanced on Bellinger's double and scored on Muncy's sacrifice fly.

Pinch-hitter Enrique Hernandez then singled to right, but Bellinger didn't come close to beating Calhoun's accurate throw to the plate. Robles got his 15th save despite allowing his first run since June 23, and just his second since May.

Shohei Ohtani had a pinch-hit RBI single in the second inning as the Angels followed up a two-game sweep of the powerhouse Dodgers in Anaheim last month with another win 35 miles up the I-5 freeway.

Corey Seager had two hits for the NL West-leading Dodgers, whose three-game winning streak ended with only their 13th loss in 53 home games this season.

While fellow LA superstar Bellinger went 2 for 5, Trout showed off his daily brilliance to his local rivals' fan base with two more spectacular plays.

After Muncy reached on an error and took off for home on Seager's single to center in the second inning, Trout unleashed a throw that hit catcher Dustin Garneau's glove on the fly, allowing him to tag out Muncy by a whisker.

Trout then put his 33rd homer of the season — and 11th in 13 games — far beyond left field in the fifth inning. The two-time AL MVP has homered in three consecutive games for the 10th time in his career.

Kenta Maeda (7-7) recorded seven strikeouts while pitching four-hit ball into the fifth inning for the Dodgers, but Ohtani and Trout both touched him for key hits.

Ohtani put the Angels ahead in the second inning when he pinch-hit for opener Taylor Cole and drilled a two-out single to right. Ohtani's impact is limited to pinch-hitting in NL ballparks because he plays exclusively as a designated hitter for now.

Félix Peña (8-3) followed Cole in the same Angels pitching combination that resulted in a no-hitter two starts ago, but Peña managed just 3 2/3 innings of three-hit ball this time.

The Dodgers got two runs during a three-hit, two-walk rally in the sixth. But Pujols and David Fletcher made big defensive plays to end the sixth, and Calhoun hit his 22nd homer leading off the seventh.

The Dodgers donated $40,135 — half of their nightly raffle jackpot — to the Tyler Skaggs Baseball Foundation in honor of the late Angels pitcher. Skaggs' mother, Debbie, attended the game one day after family and friends gathered in Santa Monica for a memorial service . The Angels are 11-6 while grieving their teammate's death.

Angels: Ohtani threw in the bullpen before the game. ... After surprisingly releasing Matt Harvey despite their serious pitching depth problems, the Halos have just three starters in their rotation. Left-hander Andrew Heaney is still battling shoulder inflammation, and JC Ramirez is still finishing his comeback from Tommy John surgery. They optioned Sunday's starter, left-hander Dillon Peters, back to the minors in favor of infielder Taylor Ward.

Ross Stripling (4-3, 3.64 ERA) makes his 12th start of the season for the Dodgers in the Freeway Series finale against Jaime Barria (3-3, 7.36 ERA), who still hasn't nailed down a spot in the Angels' depleted rotation after getting blasted for 10 runs last week in Seattle.