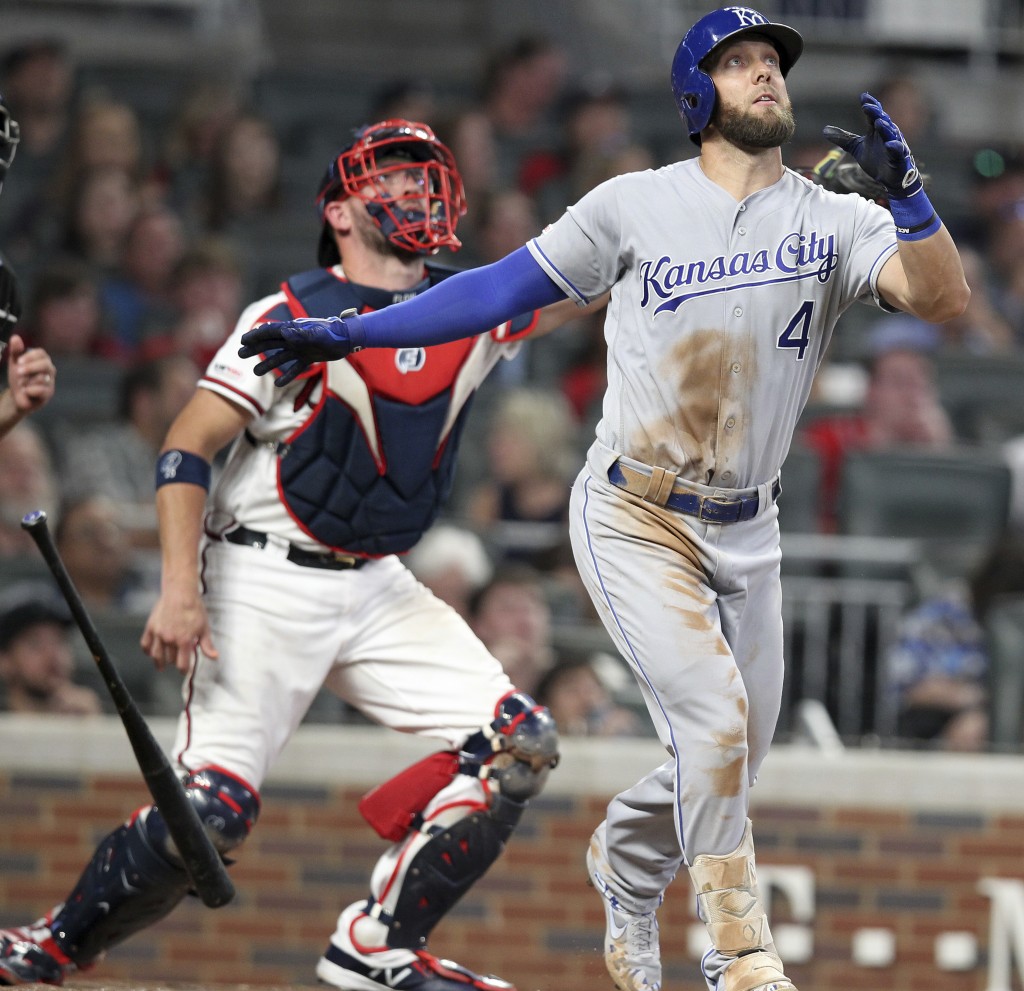 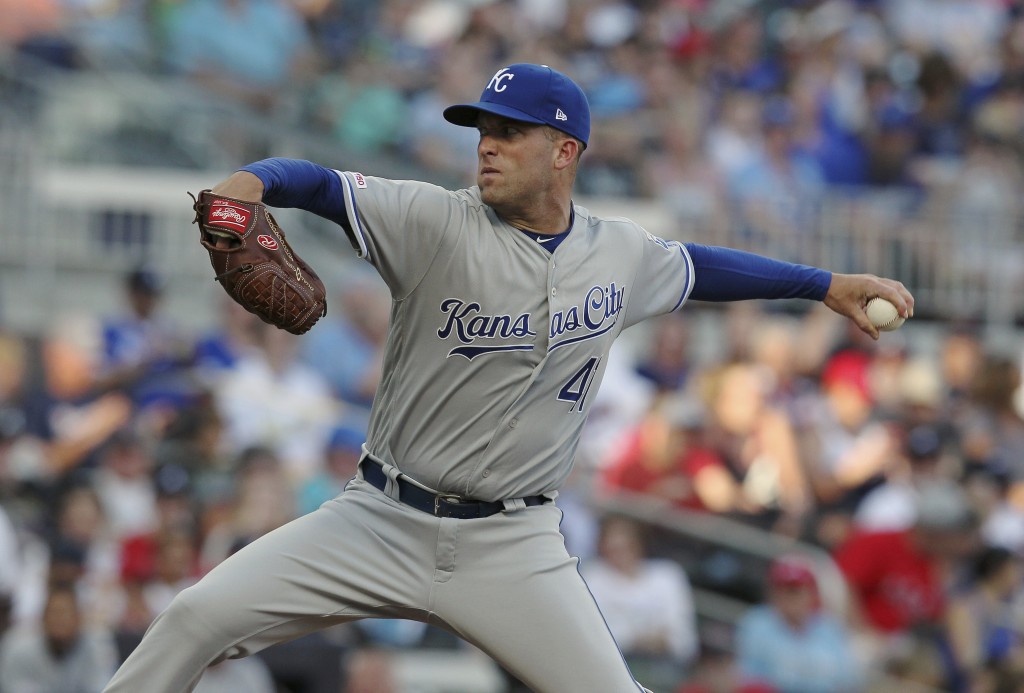 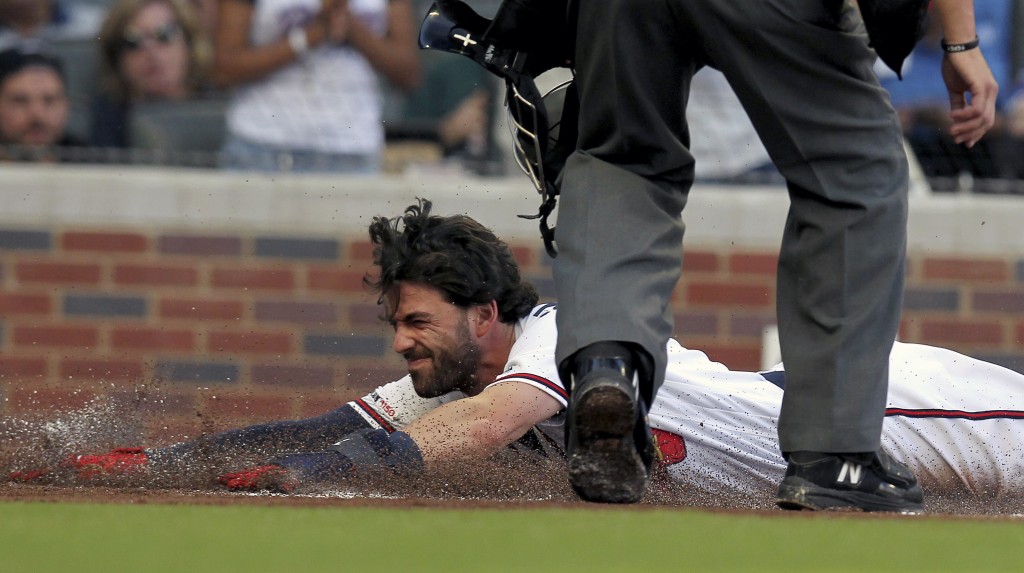 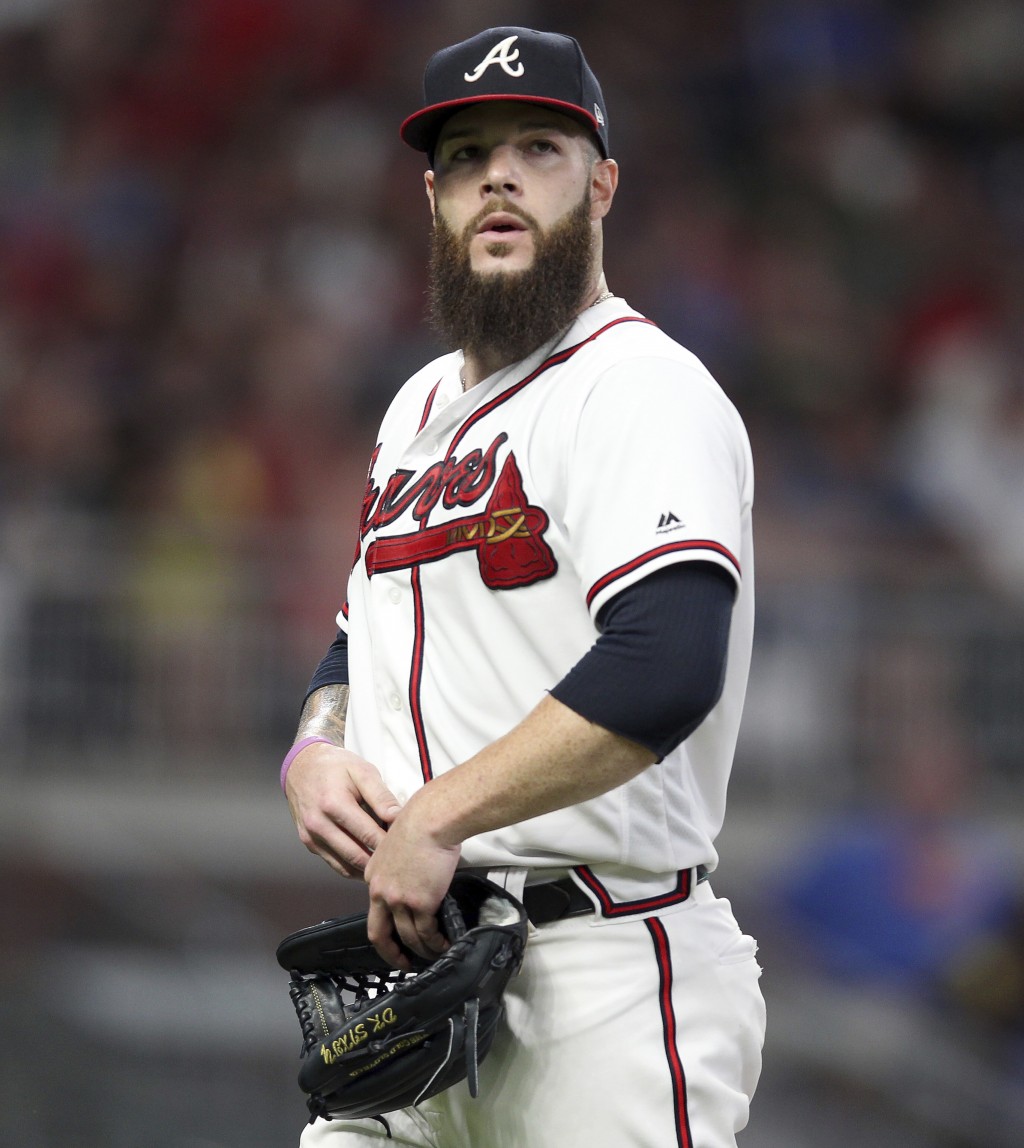 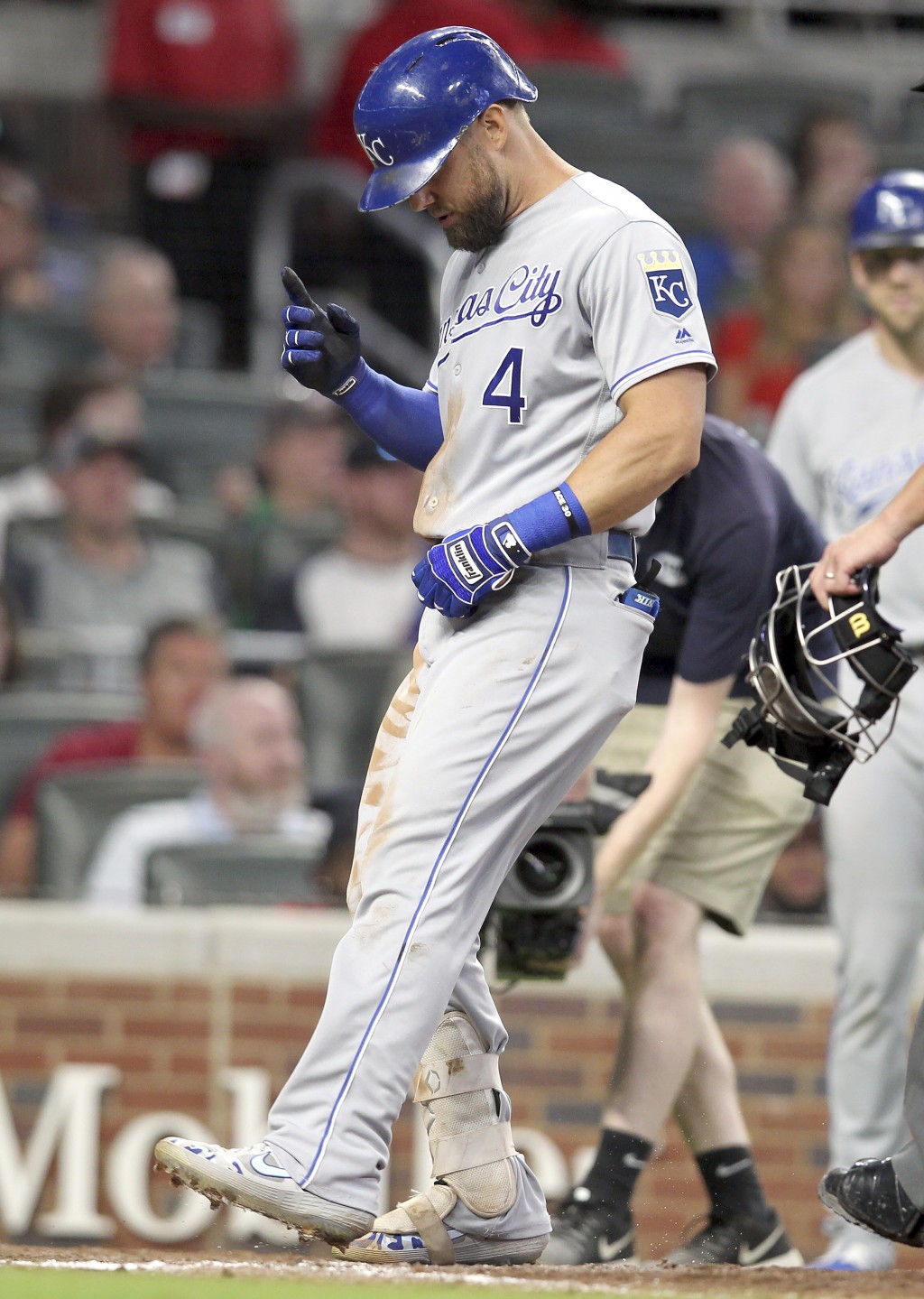 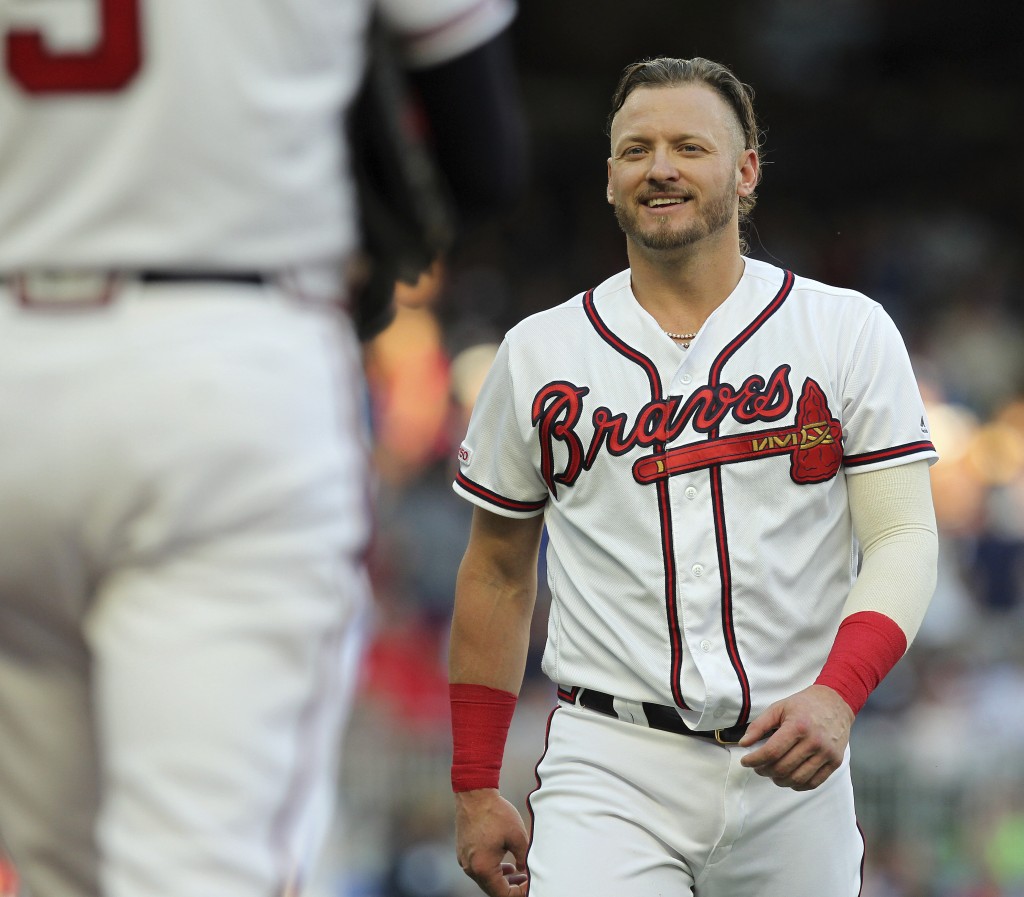 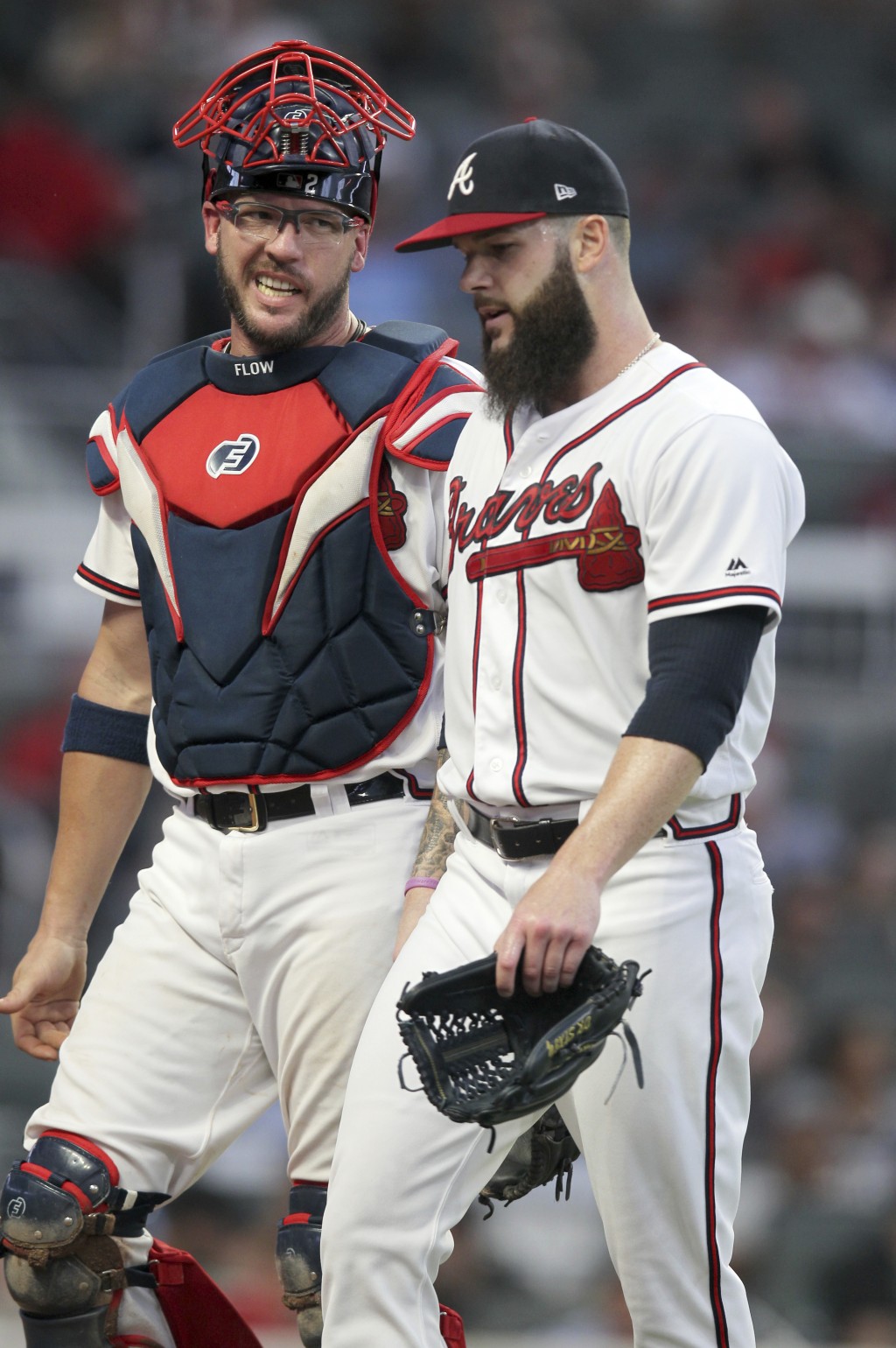 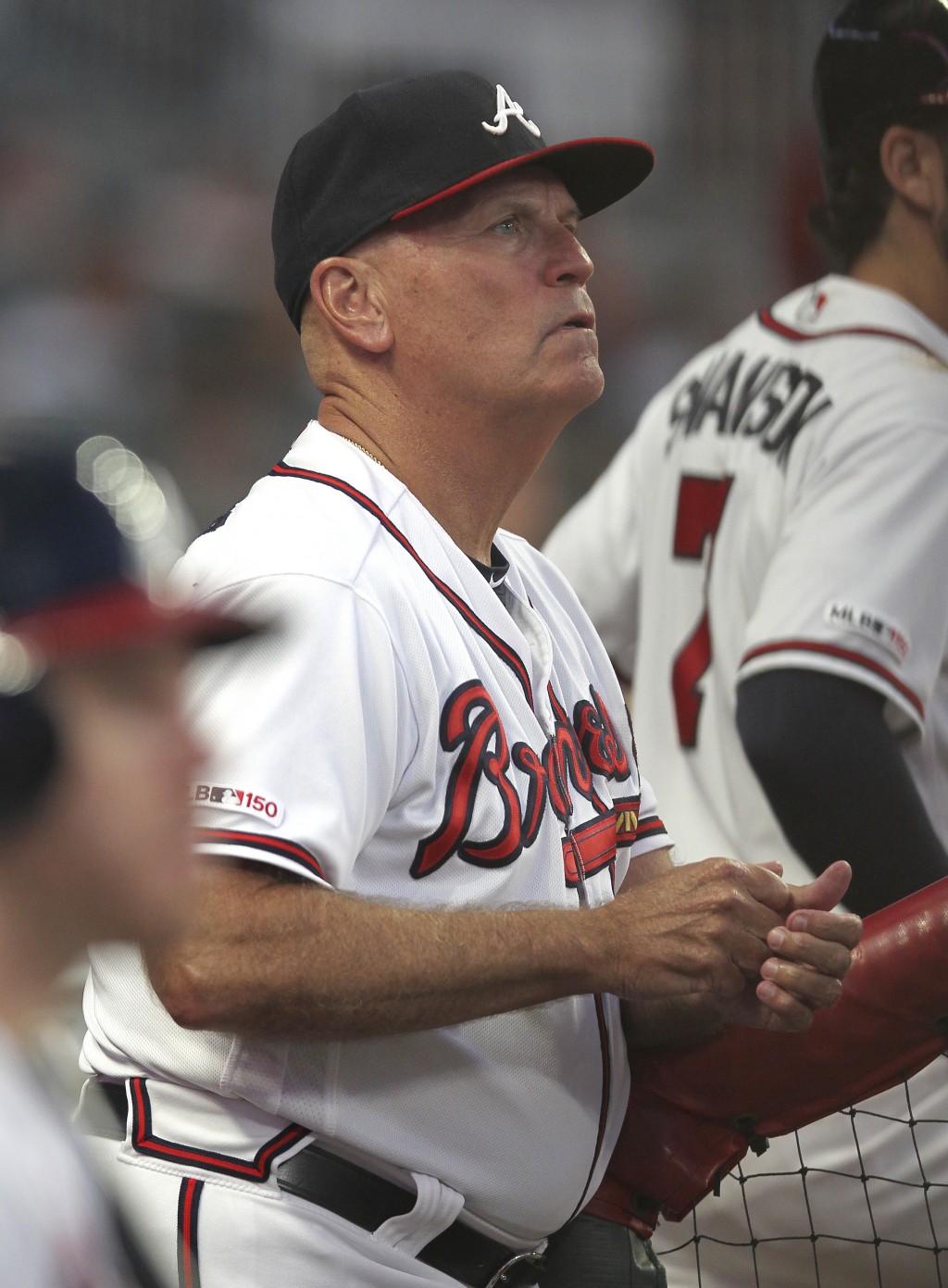 ATLANTA (AP) — Lucas Duda came through with Kansas City's first pinch-hit homer of the season to break a tie in the eighth inning, and the Royals held on for a 5-3 victory over the first-place Atlanta Braves on Tuesday night.

Hitting just .150, Duda led off the eighth by driving a 2-2 pitch from Anthony Swarzak (0-1) over the wall in right-center for a 435-foot homer. It was the fourth pinch-hit homer of Duda's career, the most recent one coming last September, when he played for the Braves.

The Royals added two more runs in the eighth, taking advantage of three walks and a hit batter. Swarzak faced three batters, didn't get anyone out and was charged with all three runs, pushing his ERA since being acquired by the Braves from 0.42 to 1.68.

Ian Kennedy gave up three straight singles to start the ninth, including Josh Donaldson's second RBI of the game, but bounced back for his 18th save. Ozzie Albies popped out with the potential tying run at third base, and Austin Riley struck out to end the game.

Keuchel allowed just three hits and struck out 12 but left the game trailing 2-1. Duffy was in line to get the win after surrendering one run on five hits with 11 strikeouts, only to have the Braves scratch out a run in the seventh. Taking advantage of Scott Barlow's leadoff walk to pinch-hitter Matt Joyce, Freddie Freeman fouled off three straight two-strike, two-out sinkers from side-armer Tim Hill (1-0) before guiding an RBI single up the middle.

The rarely matched teams met for the first time since 2016, when the Royals were coming off a World Series title and Atlanta was in the midst of a major rebuilding job. The roles are reversed for this series, with the Braves holding a comfortable lead in the NL East while Kansas City is saddled with one of the baseball's worst records.

With one out in sixth, Gordon sent a 3-2 fastball over the Chop House restaurant in right-field to put the Royals ahead for the first time. Right fielder Nick Markakis barely moved as the 417-foot drive sailed over his head.

After Keuchel retired the first nine Kansas City hitters — six with strikeouts — Whit Merrifield reached base by dropping a bunt single down the third-base line. He came around to score when Gordon followed with a double down the right-field line — ending Keuchel's streak of 17 straight innings without allowing an earned run to the Royals, going back to April 8, 2017.

Donaldson put the Braves ahead with a two-out double in the first, sending one to the gap in left-center to bring home Dansby Swanson.

Ronald Acuña extended his career-best on-base streak to 28 games when he was hit by a pitch in the third.

Braves LHP Max Fried threw a bullpen session Tuesday and could be ready to rejoin the rotation by this weekend. Fried (10-4, 4.08 ERA) has been on the DL since July 16 with a blister on his left index finger. Manager Brian Snitker said the blister has healed and if Fried makes it through another bullpen session, he would likely get the start Sunday at Philadelphia.

Braves RHP Julio Teheran (5-6, 3.60) will make his second career start against the Royals when he goes in the finale of the brief two-game series on Wednesday. Kansas City will counter with RHP Brad Keller (6-9, 4.18), a 2013 graduate of Flowery Branch High School in Atlanta's sprawling northern suburbs. It will be Keller's first appearance against the Braves.