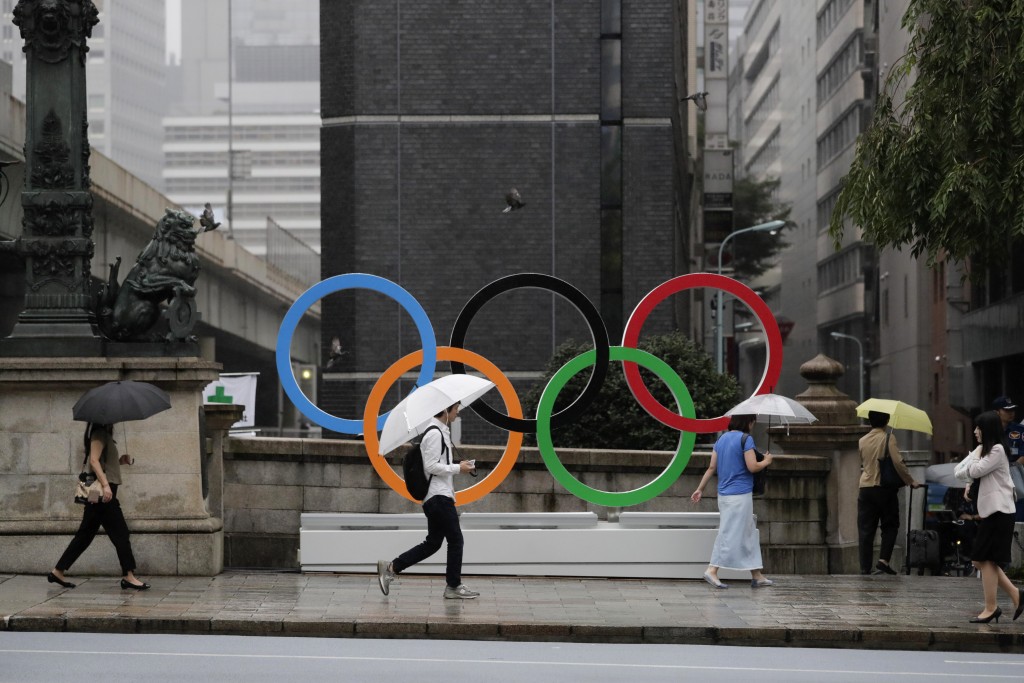 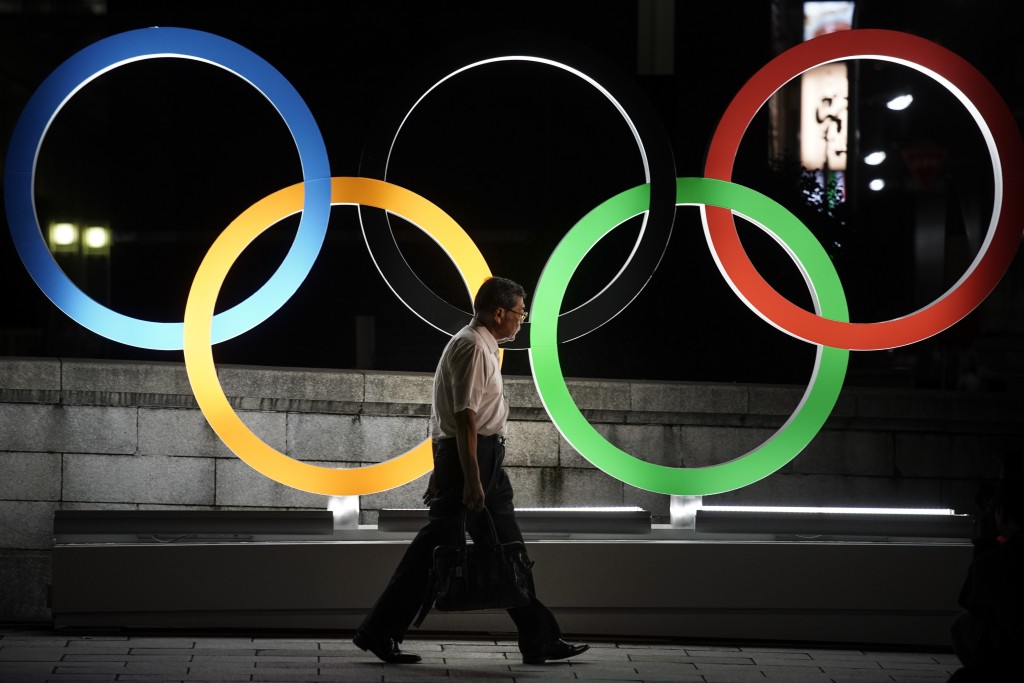 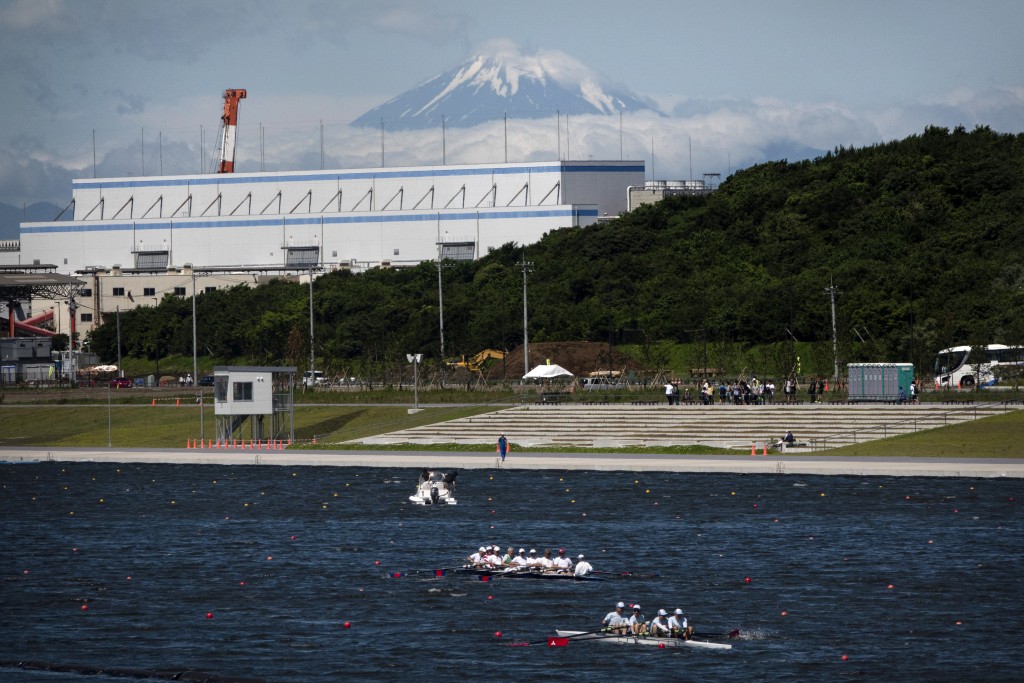 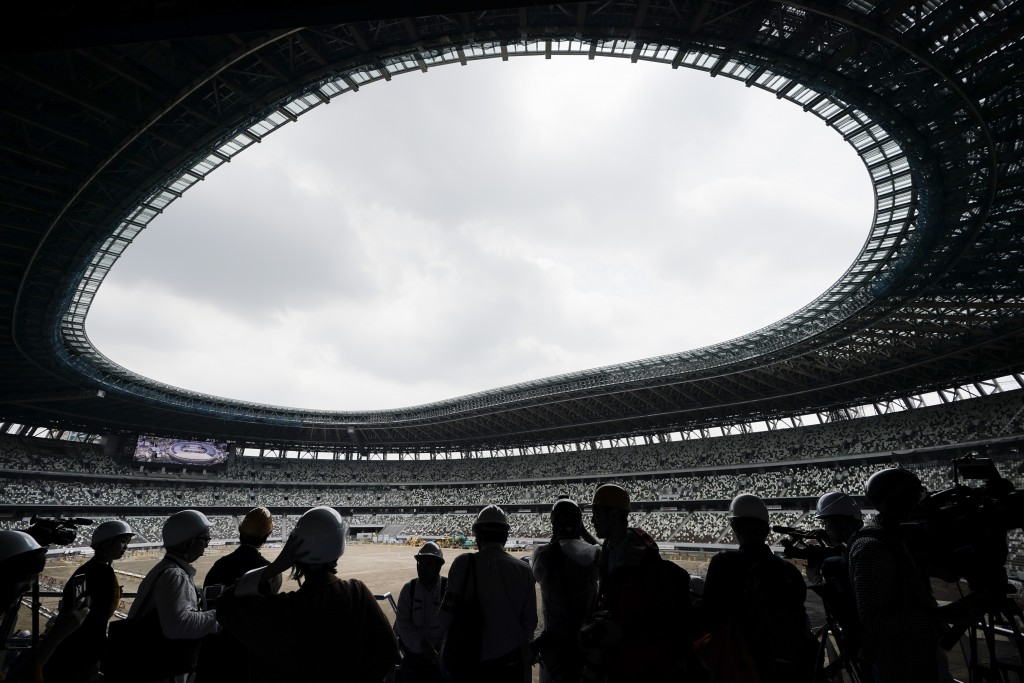 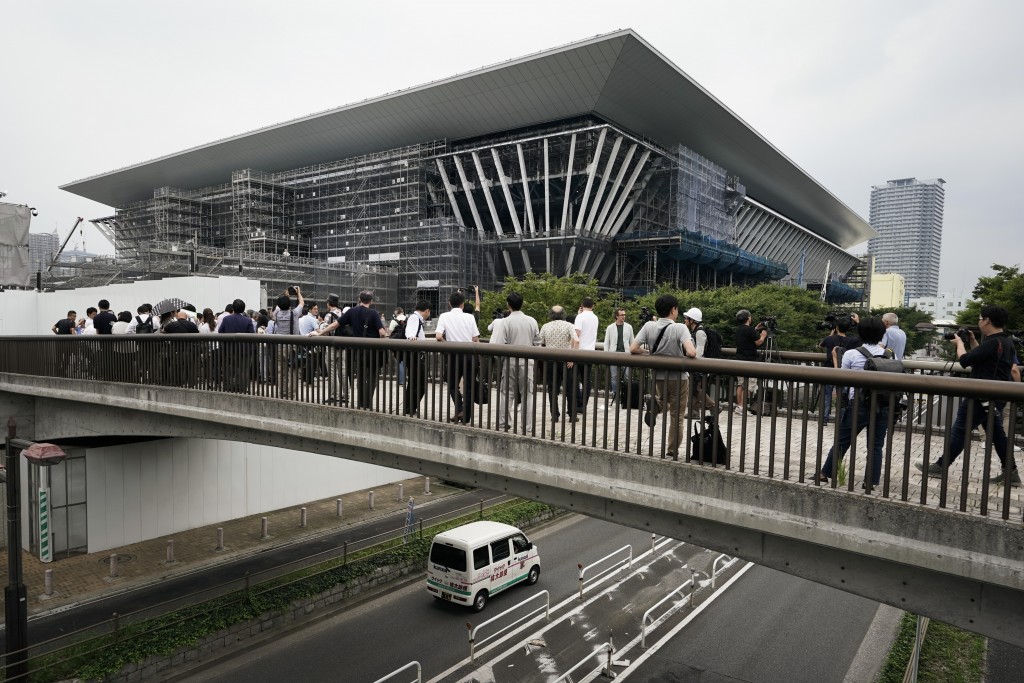 TOKYO (AP) — Gold, silver, and bronze Olympic medals were to get their first public viewing on Wednesday as Tokyo organizers marked exactly a year until the games open.

Fans, sponsors and politicians were celebrating the day around the Japanese capital, displaying placards and clocks showing 365 days to go until the opening ceremony on July 24, 2020.

A fencing gold medalist at the 1976 Olympics, IOC President Thomas Bach showed off his skills in a demonstration with school children. Japanese Prime Minister was also scheduled to take part during the day-long festival.

Tokyo is spending about $20 billion to prepare the city to host the games, though exact Olympic spending in disputed and difficult to track. Five of the eight new venues are already finished, and the centerpiece, the $1.25 billion National Stadium, is to open by the end of the year.

"The excitement is growing," John Coates, who heads the IOC inspection team for Tokyo, said. "You've seen the unprecedented level of interest in ticket sales."

Ticket demand by Japanese residents appears to be a least 10 times above supply — maybe more — with demand also surging abroad. A recent law banning unauthorized ticket resales in Japan is sure to be tested despite glaring loopholes.

Organizers are also preparing for Tokyo's typically hot summer weather, though this summer has been wet and cool. Traffic and subway congestion is also a concern, as is earthquake preparedness.

"This year Tokyo is chilly rather than hot," Yoshiro Mori, the president of the organizing committee, said. "It's quite different from what we experienced last year."

Tokyo Governor Yuriko Koike was asked a few days ago to justify spending billions on the Olympics. Organizers have been under pressure to cut costs, and they say they have cut billions by using existing venues. Tokyo is building eight new venues, but using 35 "temporary" or older venues.

Koike described the Olympics and Paralympics as an "accelerator" to get things done, though research shows that the Olympic deadlines drive up costs. And Tokyo is famous for building things — with or without the Olympics.

"I'd like the legacy of the 2020 Games to be something more intangible, a new way of thinking for people and for society," she said. Koike described the Paralympics, which open Aug. 25, 2020, as a "springboard" to make the city more accessible to people with disabilities.

The goals for next year are more modest than they were in 1964 when the Tokyo Olympics showcased bullet trains, futuristic designs, and a new expressway to document Japan's recovery following World War II.

A group of anti-Olympic activists, many from outside Japan, have held small protests and other events in the last few days under the Japanese title "Hangorin no Kai' — roughly No Olympics. They oppose Olympic spending, which they says cuts into budgets for local housing and environmental issues. They also call for more money to rebuild Fukushima prefecture located northeast of Tokyo.

"For us, the Olympics are a disaster," Misako Ichimura, a spokeswoman for the anti-Olympic group, said on Tuesday. She said the billions spent on the Olympics should be used instead in to rebuild Fukushima, which was devastated by a 2011 earthquake, tsunami and the meltdown of three nuclear reactors.

"The Olympics is scary entertainment for us," she added.

Tokyo organizers have shattered records for local sponsorship revenue, which has passed $3 billion — about three times more than any previous Olympics.

The 2020 Games will showcase four new sports — karate, skateboarding, sports climbing, and surfing. Baseball and softball are returning to the sports program.

IOC President Bach has repeatedly described Tokyo preparations as "the best" in history. But there have been glitches and scandals.

Tsunekazu Takeda, the head of the Japanese Olympic Committee, was forced to quit earlier this year when he was implicated in a vote-buying scheme to land the games. He has denied wrongdoing, but acknowledged he signed off on about $2 million that French investigators allege went to buy votes of some IOC members.

The 2016 Rio de Janeiro Olympics are implicated in the same kind of vote-buying bribery.

Tokyo organizers were also forced to redesign their logo when the original draft faced charges of plagiarism, and an international labor union has alleged work-safety violations at Olympic venues, largely regarding migrant labor.

A futuristic design for the new stadium by the-late British architect Zaha Hadid was scrapped when costs soared to $2 billion. Japanese architect Kengo Kuma was chosen instead with a design focused on wood lattice and greenery.