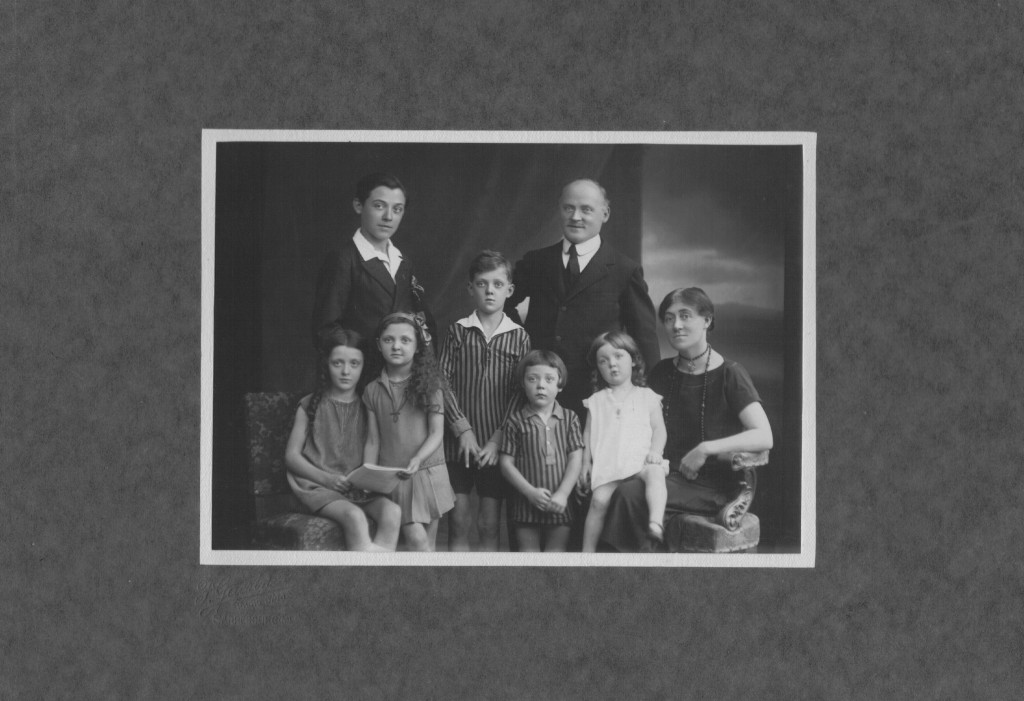 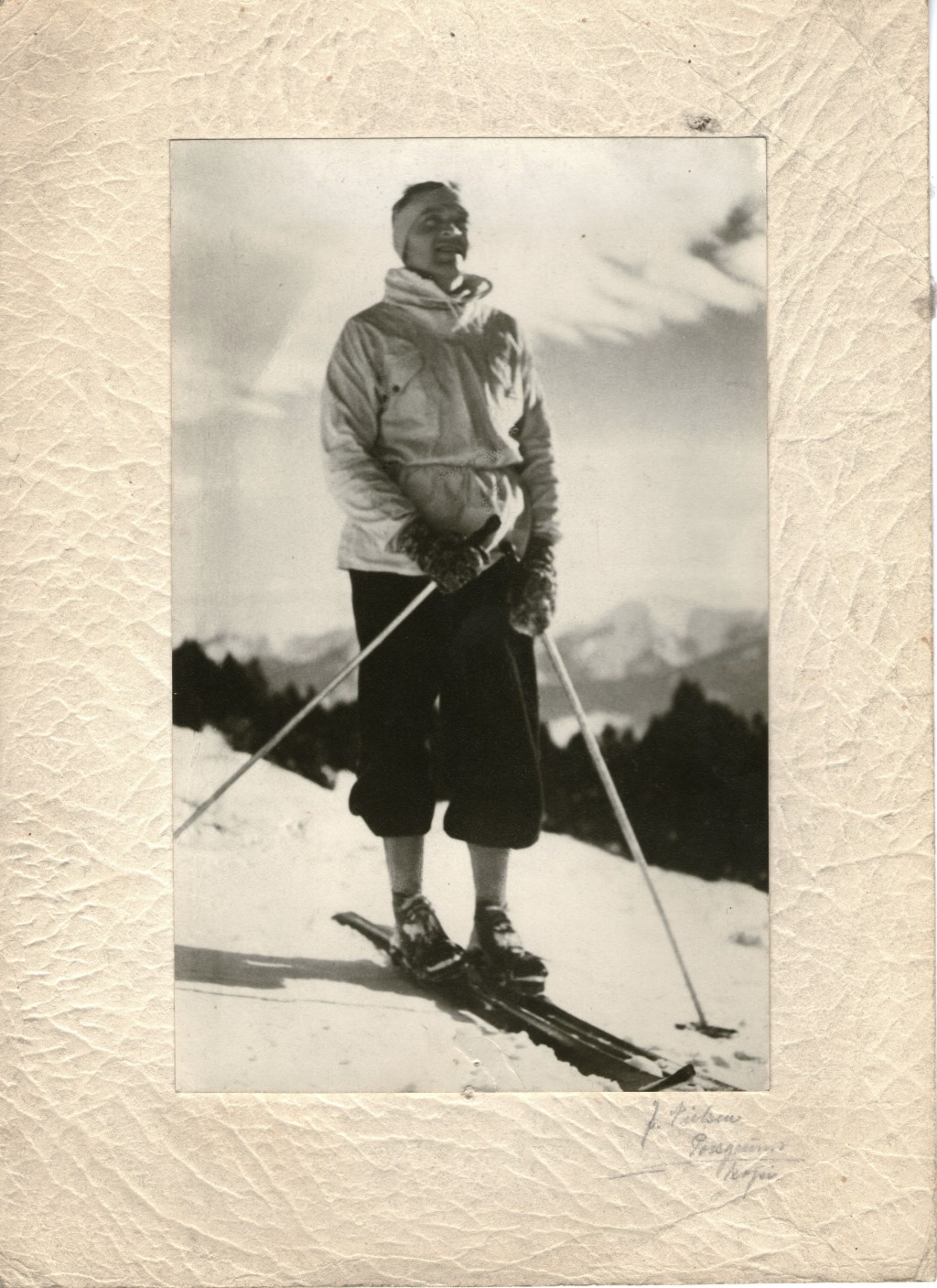 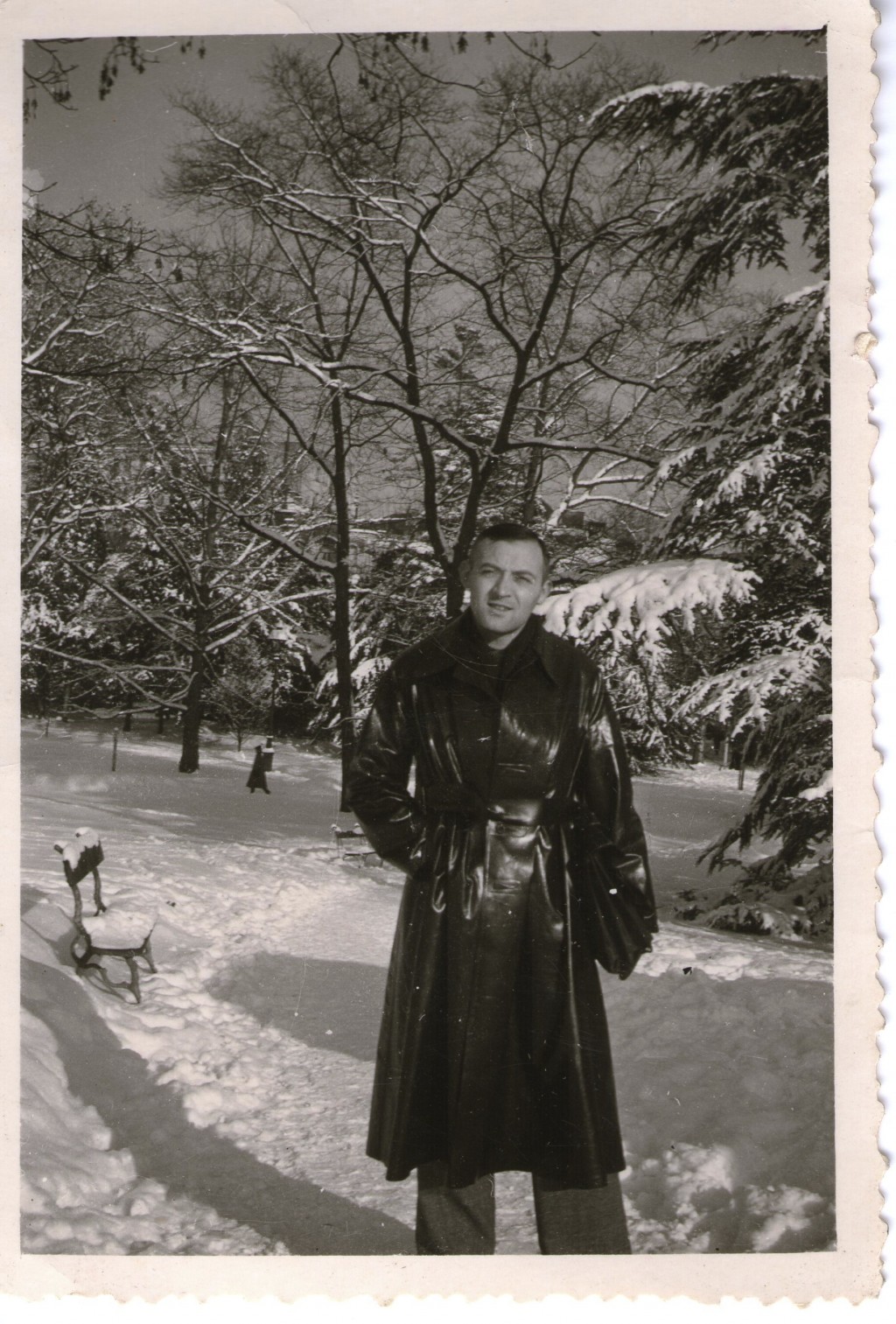 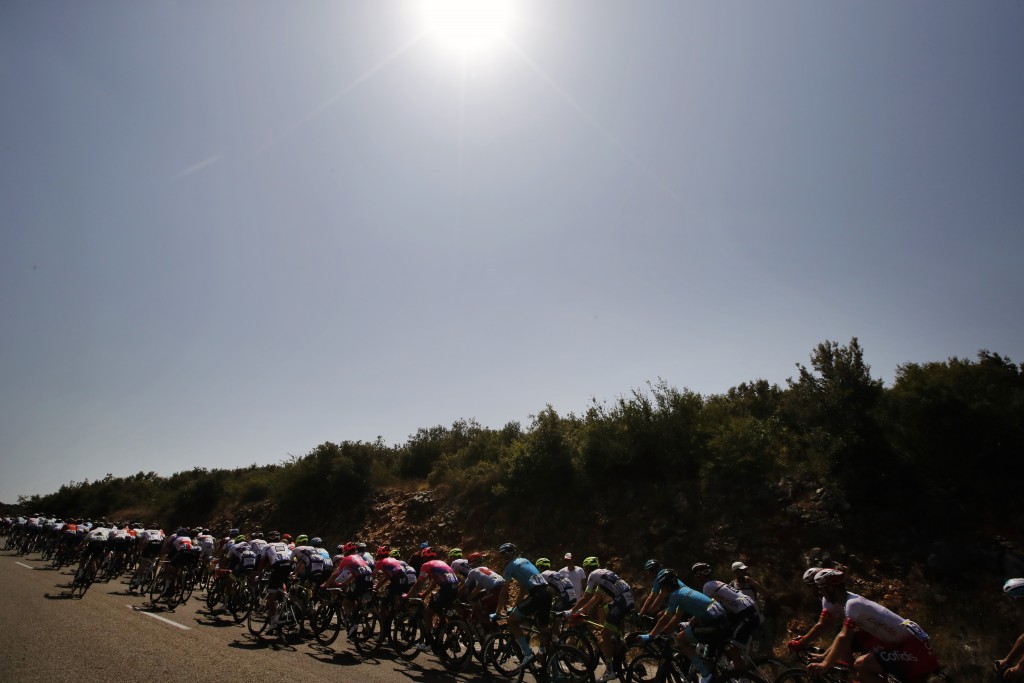 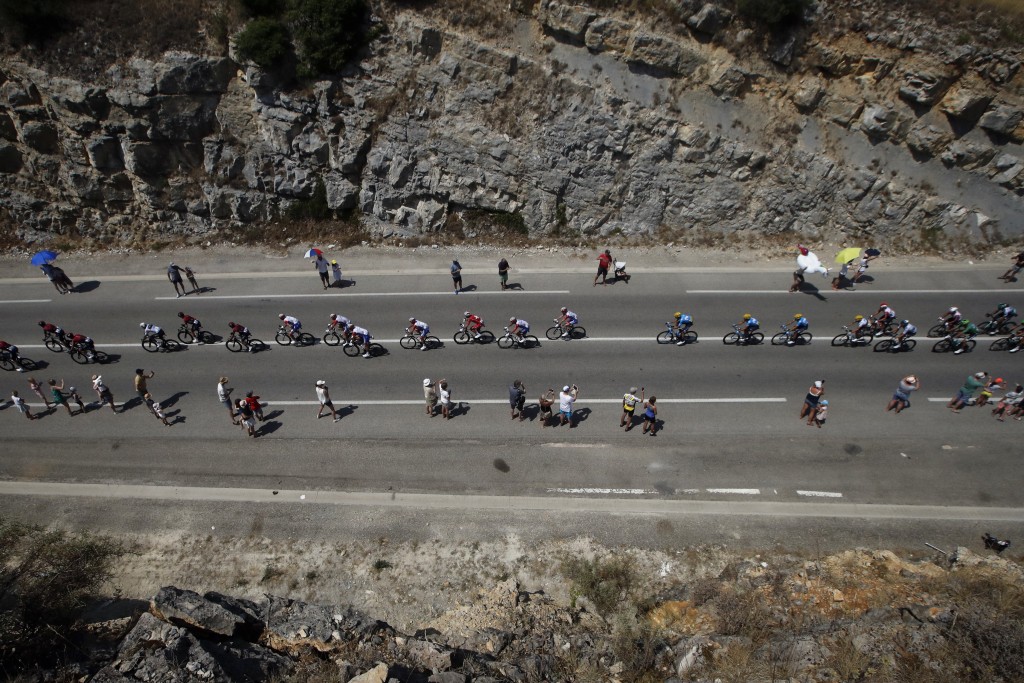 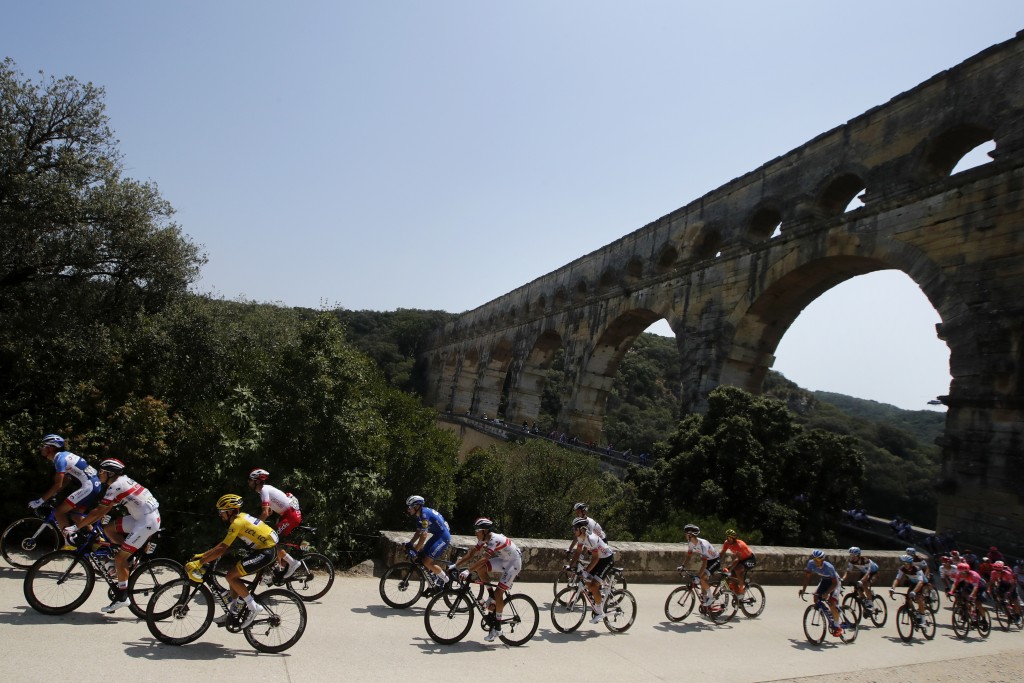 SAINT-SEBASTIEN-D'AIGREFEUILLE, France (AP) — Because people die on roads, the sinuous route of the Tour de France inevitably passes the sites of family tragedies for someone, somewhere.

On Stage 16, that someone was my great-grandfather and the somewhere was a bend on a twisting downhill in the Cevennes that the Tour zoomed down on Tuesday and where he fell off his battered old bicycle on his way back from a soccer match in 1948, later dying from his injuries in a hospital.

Raymond's oldest son, my great-uncle Robert, was arrested and executed by the Nazis in 1944. He was a fighter in the French resistance. His resistance codename was Vergaville.

The Yad Vashem Holocaust Remembrance Center in Jerusalem in 1992 honored both Raymond and Robert with the title of "Righteous Among The Nations," accorded to non-Jews who took great risks to save people from the Holocaust, "the few who helped Jews in the darkest time in their history."

Why tell this story now? Because it illustrates how the Tour is unique as a sporting event and so much more than a mere bike race, not least because it moves unceasingly across France. Inevitably, its passage intertwines with the lives and histories of people who live, and sometimes die, along its route.

Resistance leader Robert Ducasse did his secondary schooling in Nimes, the start and finish of Stage 16. First arrested by the Gestapo in 1943, he escaped only to be rearrested in 1944 and executed at age 31.

Four years later, his father Raymond was riding back from a soccer match in the mining town of Ales, which the Tour also zoomed through Tuesday, when he crashed.

Like the Tour riders, he'd first ridden up the short but punchy Cote de Saint-Jean-du-Pin, the only climb of note on the 177-kilometer (110-mile) loop to the north of Nimes and back again, ridden in infernal heat Tuesday.

Then followed the downhill and its fatal bend toward the bottom, just before Le Ranc, the hamlet where he lived. Some of his descendants were at the roadside there and higher up on the descent Tuesday to cheer the Tour as it zoomed by.

After he officiated at services on the morning of his crash, "my mother sent him off to watch a match," said Raymond's only surviving child, my 93-year-old great-aunt Annie.

"He had this old bike. The tires may have been worn, and he crashed on the road. He fell on his head. There was a mark on his hat," she said.

BAGUETTE AND BUTTER: Defending champion Geraint Thomas crashed Tuesday, hitting a roadside curb on a right-hand bend and hitting the deck but not seriously injuring himself. He continued to race. But Danish rider Jakob Fuglsang also crashed and had to abandon the Tour, having been considered among favorites to win the race when it started.

Crushing heat didn't stop riders from battling furiously for the stage victory in Nimes, with Australian Caleb Ewan beating his sprinting rivals to win the second stage of his debut Tour. Yellow jersey Julian Alaphilippe and his main rivals for the overall Tour title did not attack each other over the mainly flat stage and there were no changes at the top of the overall standings.

STAT OF THE DAY: 40. The high temperature, in Celsius, reported from the Tour route. That's 104 Fahrenheit.

QUOTE OF THE DAY: "It was the enemy of the day" — French rider Paul Ourselin, describing the heat. Ourselin was part of a five-man breakaway that rode ahead of the main pack for much of the stage.

NEXT ON THE MENU: Another roasting-hot day awaits Wednesday as the Tour leaves the Nimes region and veers toward the Alps. Main contenders for the Tour title, wanting to preserve their energy for three tough and decisive days in the mountains starting Thursday, are again likely to let riders who aren't contending for the overall crown to speed off ahead on the hilly 200-kilometer (124-mile) trek in search of the stage victory at the finish in the town of Gap.