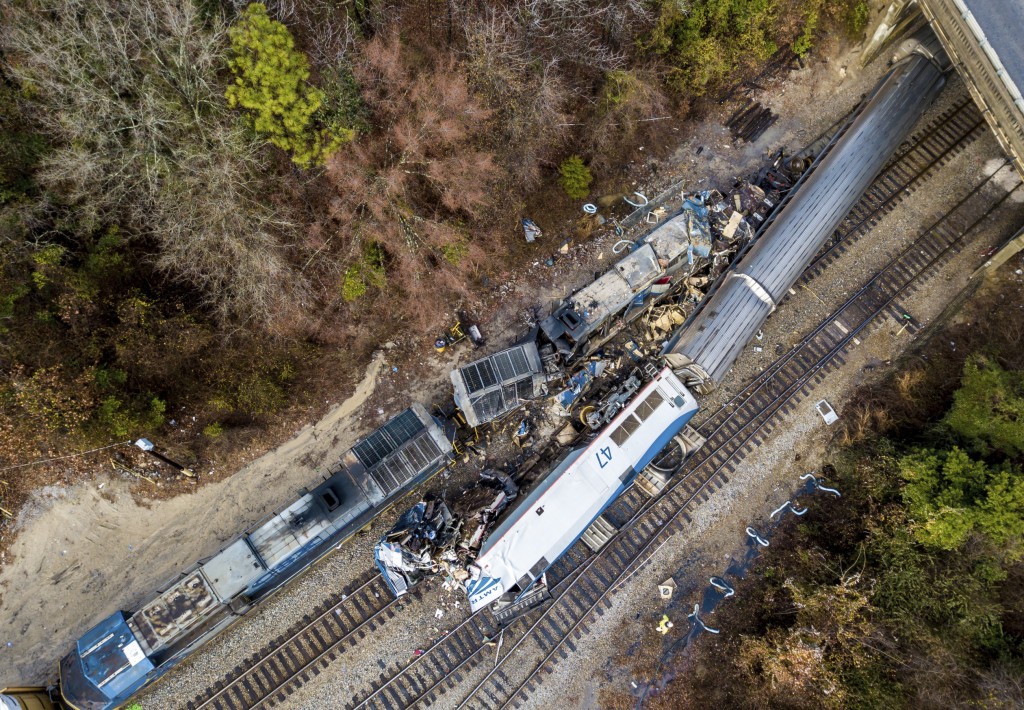 COLUMBIA, S.C. (AP) — The Latest on the investigation into a deadly 2018 Amtrak crash in South Carolina (all times local):

National Transportation Safety Board Chairman Robert Sumwalt said Tuesday the irony of the February 2018 train wreck near Columbia was it happened as crews were installing that safety system called Positive Train Control.

To install the system, workers had to turn off safety signals that indicate whether train tracks have been turned off the main line.

The NTSB on Tuesday put the main cause of the crash on CSX. They say the company didn't have a proper safety plan for the signals being down on its track and its workers failed to follow steps to make sure to flip the track back to the main line before the Amtrak train passed through.

The National Transportation Safety Board says train crashes caused by switches being in the wrong place continue even though they have simple fixes.

The NTSB is meeting Tuesday to discuss what changes to train safety rules should be made because of a crash in South Carolina that killed two Amtrak crew members and injured nearly 100 passengers in February 2018.

Investigators say the Amtrak train ran off the main track at full speed onto a side track and slammed into a parked train near Columbia because the parked train crew left the switch in the wrong location. Safety signals in the area weren't working because they were being upgraded.

NTSB is considering requirements on better training and slower train speeds when signals are out.

Federal officials are meeting to discuss what caused an Amtrak train to divert onto a side track in South Carolina last year and slam into a parked train, killing two crew members and injuring more than 100 passengers.

The National Transportation Safety Board is meeting Tuesday in Washington, D.C.

The board already determined that railway signals that would have warned the Amtrak train to stop were out because crews were installing an advanced safety system that would automatically halt the passenger train before it headed down a side track.

A CSX train crew had parked its train on the side track near Cayce a few minutes before the Amtrak roared down on it at about 50 mph (80 kph) on Feb. 4, 2018.