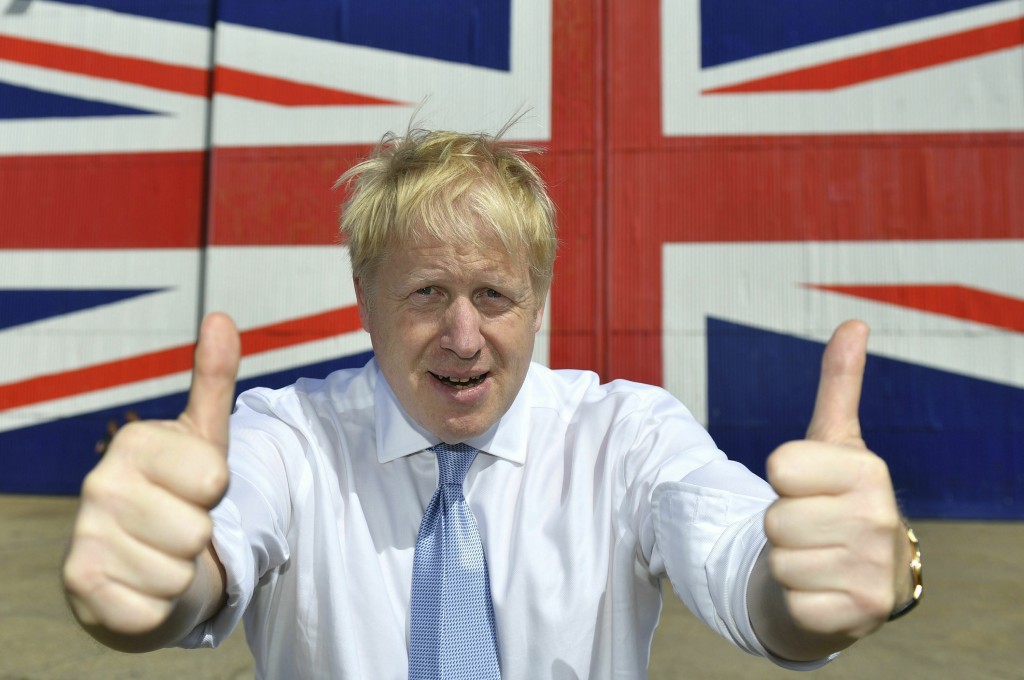 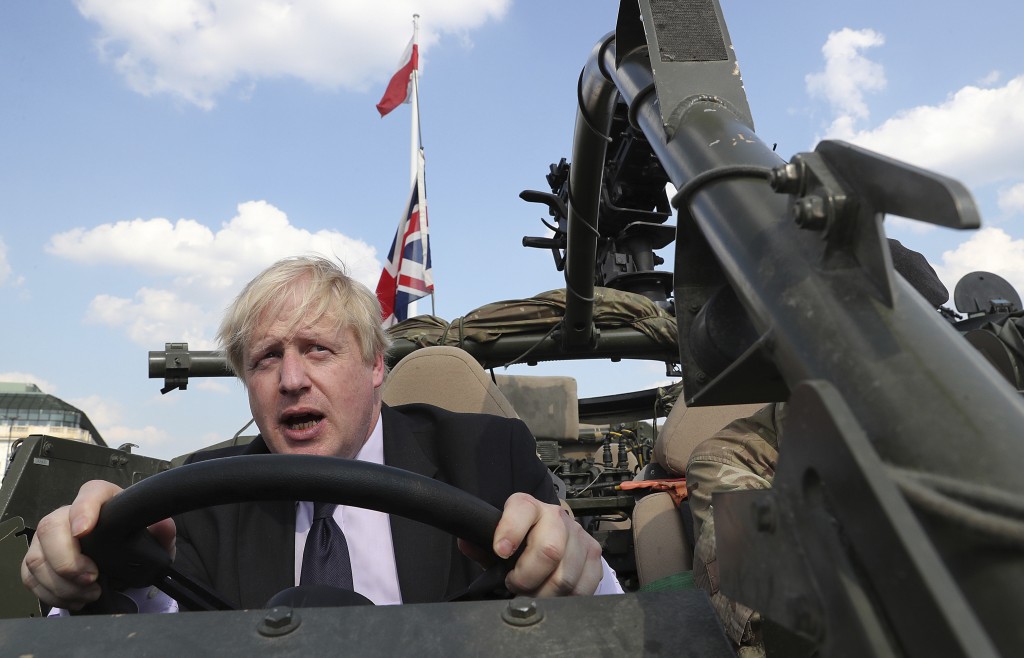 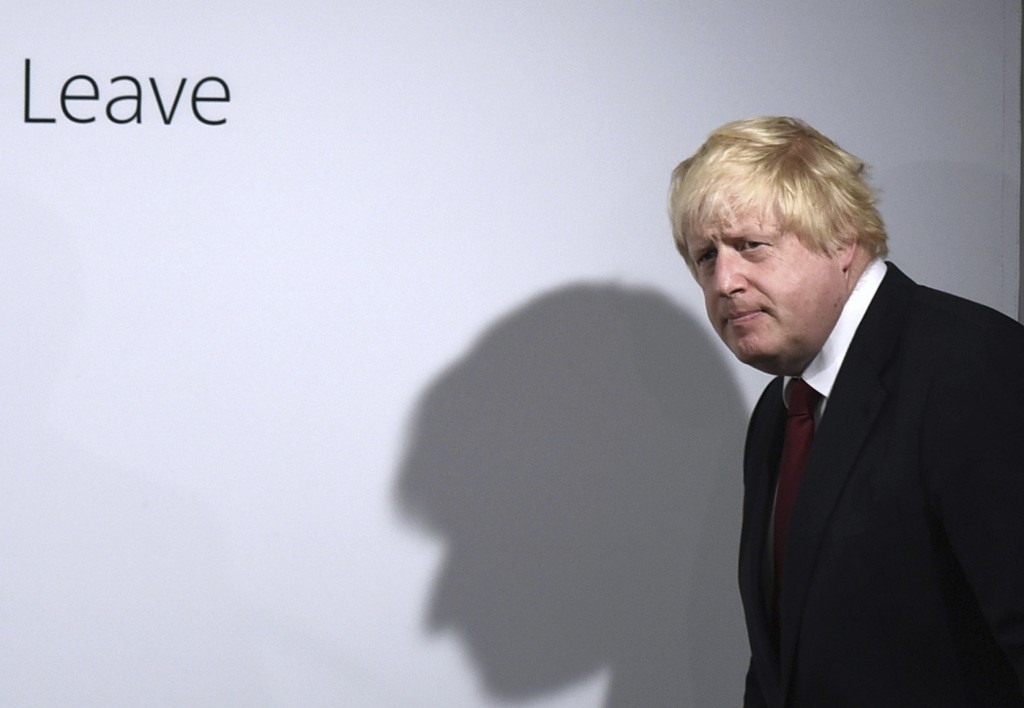 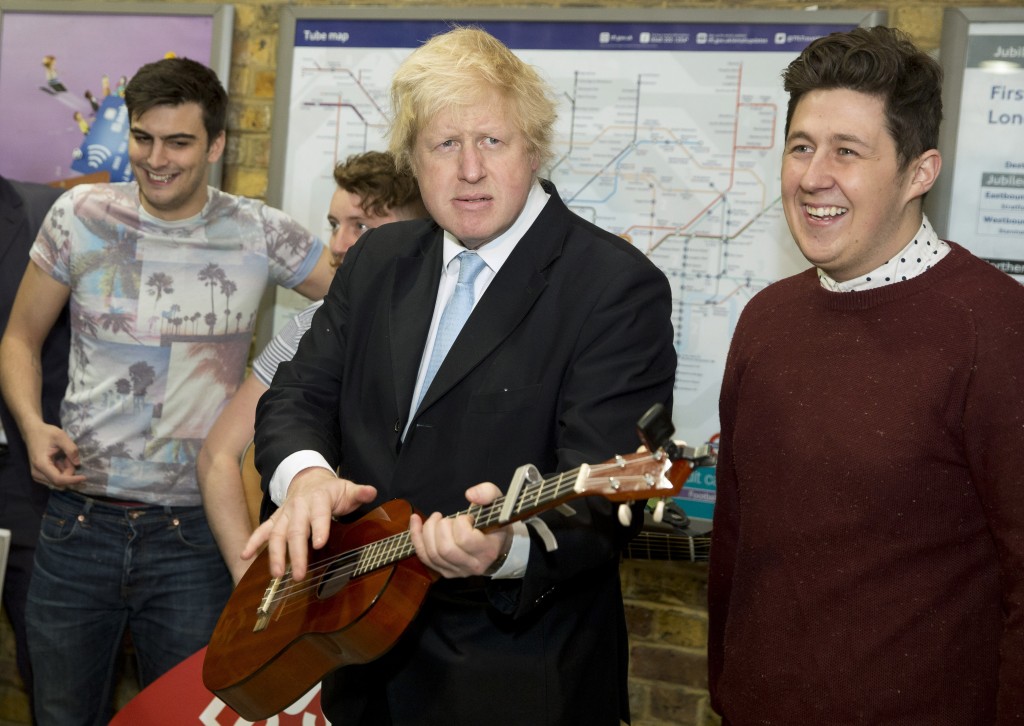 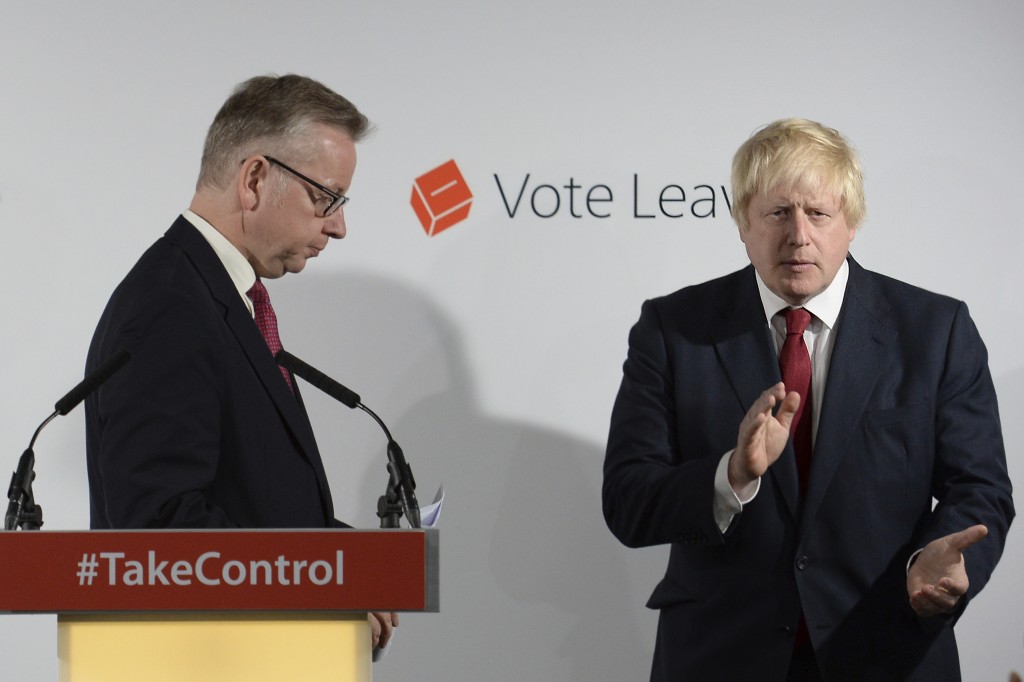 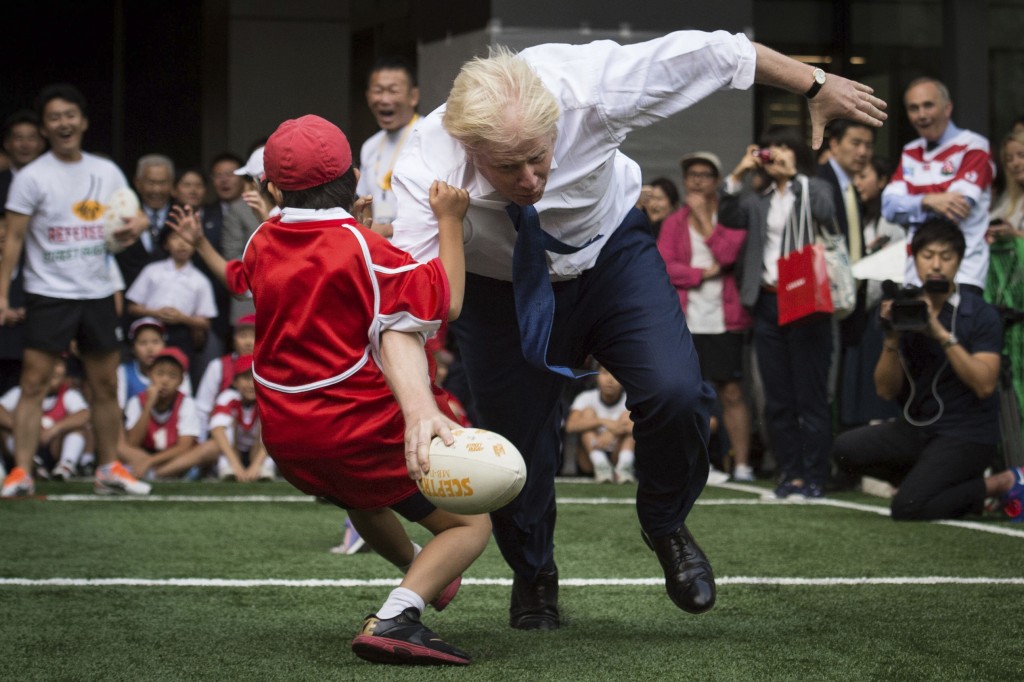 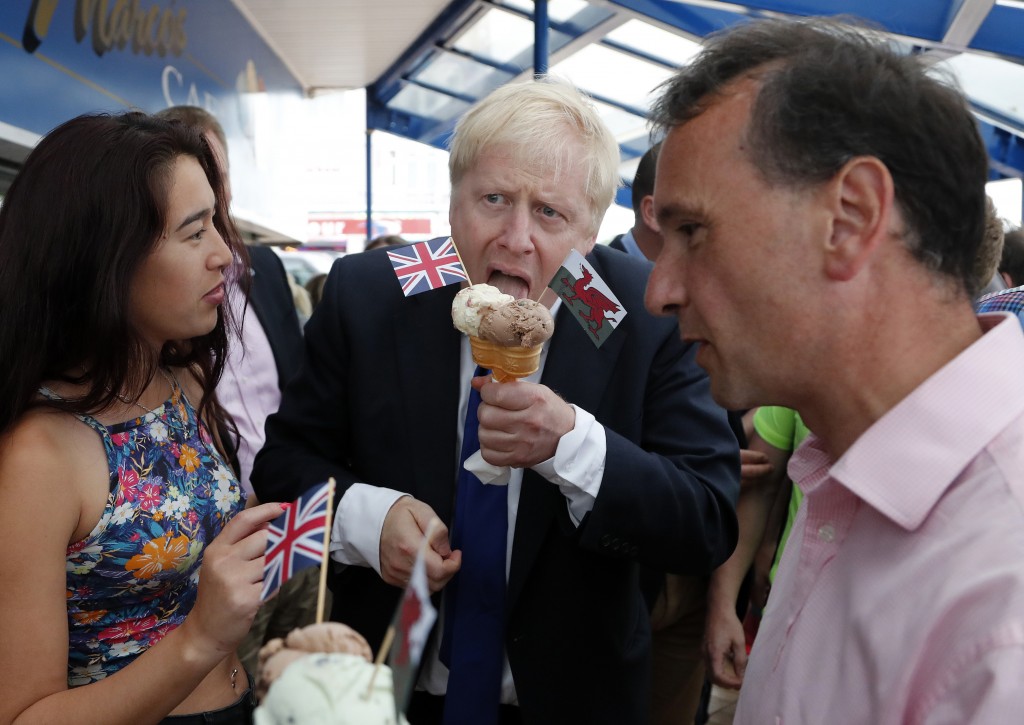 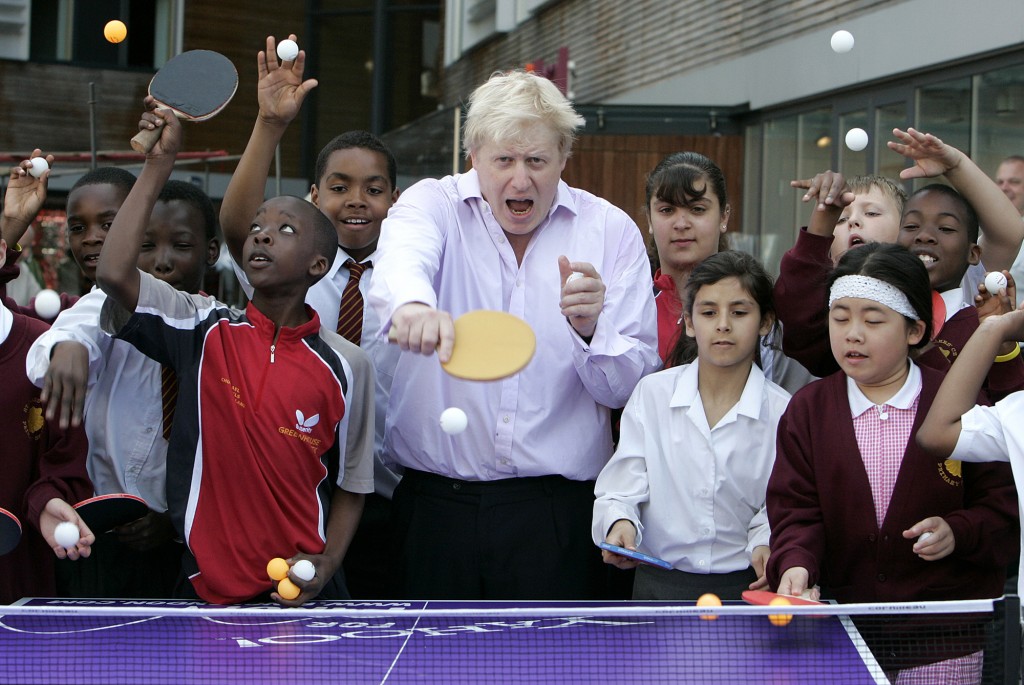 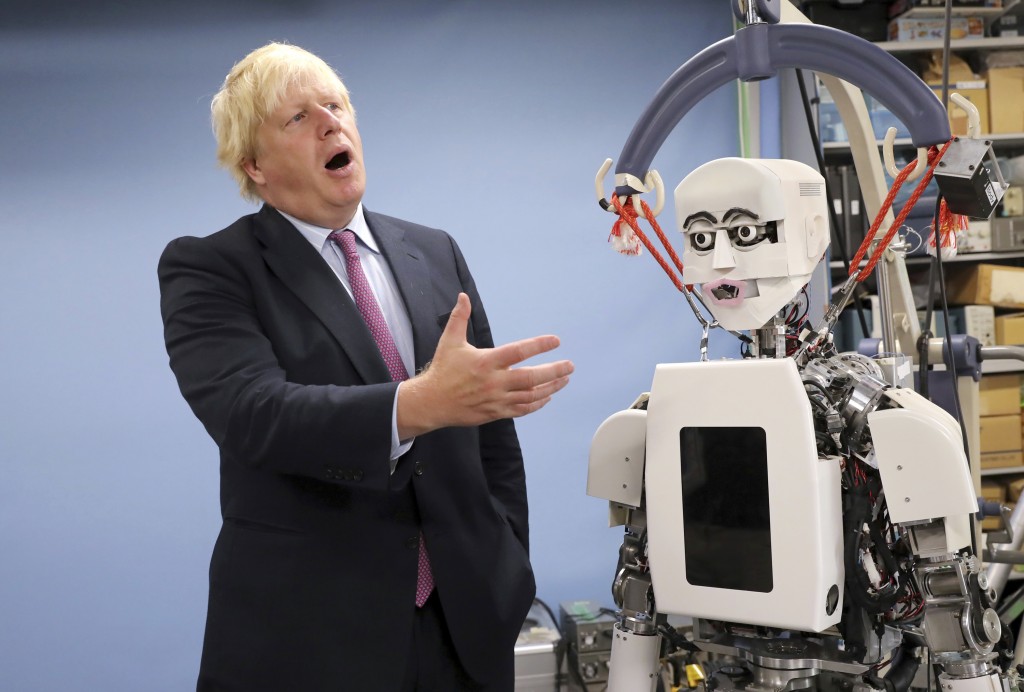 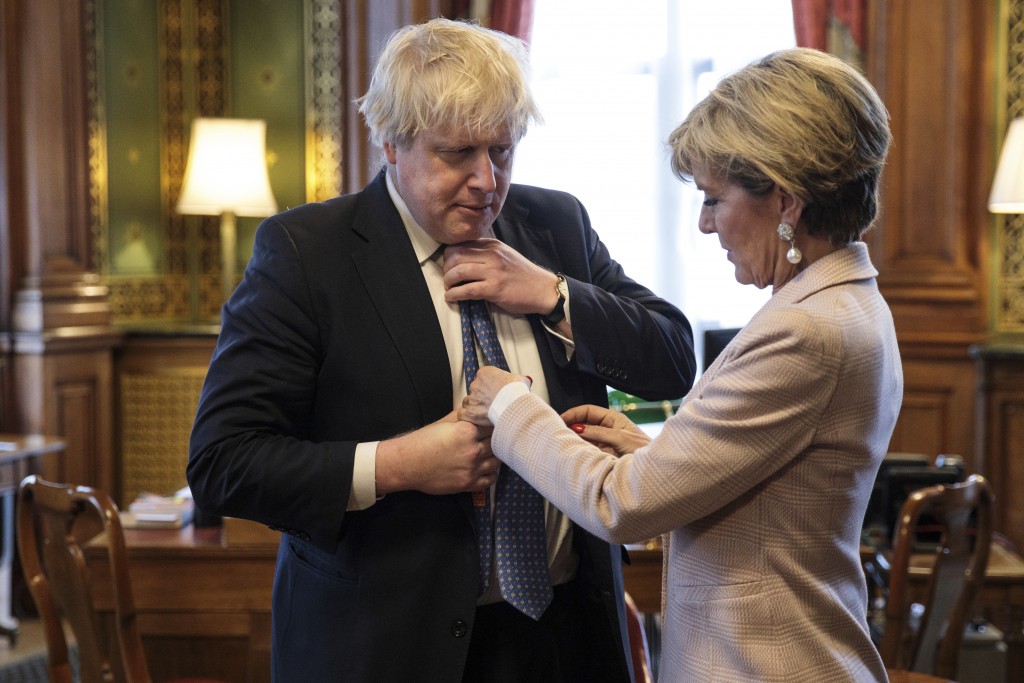 Johnson won the contest to lead the governing Conservative Party on Tuesday, and is set to become Britain's prime minister on Wednesday.

Like revered World War II leader Churchill, Johnson aims to turn a national crisis — in this case Brexit — into a triumph. Like Trump, he gained his country's top political office by deploying celebrity, clowning, provocation and a loose relationship with the truth.

Maintaining strong relations with the volatile Trump will be one of the new leader's major challenges. So will negotiating Britain's stalled exit from the European Union, the conundrum that brought down predecessor Theresa May.

It's hard to say whether he will rise to the occasion or fail dismally.

Blond, buoyant and buffoonish, the 55-year-old Johnson may be one of Britain's most famous politicians, but in many ways he is a mystery.

His beliefs? Johnson is now a strong believer of Brexit, but he famously agonized over the decision, writing two newspaper columns — one in favor of quitting the EU , one against — before throwing himself behind the "leave" campaign in Britain's 2016 referendum over whether it should remain in the bloc.

His plan for Brexit? Johnson says he will lead Britain out of the EU on the scheduled date of Oct. 31, with or without a divorce deal. He says Britain should prepare intensely for leaving without an agreement, but insists the chances of it happening are "a million-to-one against."

Then again, he also once said he had as much chance of becoming Britain's prime minister as of finding Elvis on Mars.

Johnson statements are best taken with a grain of salt, it seems.

Historian Max Hastings, Johnson's former boss at the Daily Telegraph newspaper, has called him "a man of remarkable gifts, flawed by an absence of conscience, principle or scruple."

Alexander Boris de Pfeffel Johnson was born in New York in 1964, the eldest child of a close-knit, extroverted and fiercely competitive upper middle-class British family. His forebears include Turkish journalist and government minister Ali Kemal, one of Johnson's great-grandfathers. His sister Rachel has said Johnson's childhood ambition was to be "world king."

Johnson attended elite boarding school Eton College, where he began to use his middle name, Boris — his family called him Al — and cultivated the still-familiar image of a quick-witted, slightly shambolic entertainer able to succeed without visibly trying very hard.

At Oxford University, he was president of the Oxford Union debating society, and a member of the Bullingdon Club, a raucous drinking-and-dining society notorious for drunken vandalism.

After university, Johnson became a journalist. He survived being fired from The Times newspaper for making up a quote to become Brussels correspondent for the Daily Telegraph. He specialized in exaggerated yarns about the EU's dastardly plans to truss Britain in red tape. The Brussels officials who now have to deal with Prime Minister Johnson have not forgotten his role in demonizing the EU.

Johnson biographer Sonia Purnell, who worked with him at the Telegraph, said he had "a talent for self-promotion and an obsession with power that marked him out."

Then came a stint as editor of conservative-leaning news-magazine The Spectator, frequent television appearances and, simultaneously, election as a member of Parliament.

Stumbles and setbacks were frequent, but quickly overcome. In the 1990s, Johnson shrugged off a leaked recording in which he promised to give a friend, Darius Guppy, the name of a journalist that Guppy wanted beaten up. Later he was fired from a senior Conservative post for lying about an extramarital affair.

He bounced back, just as he has done when called out for offensive words and phrases. Johnson has called Papua New Guineans cannibals, claimed that "part-Kenyan" Barack Obama had an ancestral dislike of Britain and last year compared Muslim women who wear face-covering veils to "letter boxes." Johnson has dismissed such comments as jokes or plain-speaking, or accused journalists of distorting his words.

In 2008, he was elected mayor of London, becoming a cheerful global ambassador for the city — an image exemplified when he got stuck on a zip wire during the 2012 London Olympics, waving Union Jacks as he dangled in mid-air.

Critics blasted his backing for vanity projects including a little-used cable car, an unrealized "Boris Island" airport and a never-built "garden bridge" over the River Thames.

In 2016, his energy, and popularity — and, critics say, mendacity — played a key role in the EU referendum campaign. Opponents have never forgiven him for the claim that Britain sends the EU 350 million pounds ($440 million) a week, money that could instead be spent on the U.K.'s health service. It was untrue — Britain's net contribution was about half that much.

After the country's surprise vote to leave toppled Prime Minister David Cameron, Johnson looked set to succeed him. But he dropped out of the race after a key ally, Michael Gove, decided to run against him.

May won the contest and made Johnson foreign secretary. His two years in the job were studded with missteps. He was recorded saying that a violence-torn Libyan city could become a tourism hub once authorities "clear the dead bodies away," and worsened the plight of a British-Iranian woman detained in Tehran by repeating an incorrect Iranian allegation that she was a journalist.

In July 2018, Johnson quit the government over his opposition to May's Brexit blueprint, and became Britain's Brexiteer-in-chief, arguing that leaving the EU would be easy if the country just showed more "can-do spirit."

Many Conservative Party members have chosen to believe him. They see Johnson as a politician who can deliver Brexit, win over floating voters and defeat rival parties on both the left and the right.

Critics say he is a Trump-like populist, who uses phrases — like the "letter boxes" slight — designed to push buttons among bigoted supporters.

A recent documentary about former Trump adviser Steve Bannon shows Bannon saying he had spoken and texted with Johnson about a key speech, though Johnson denies Bannon gave him campaign advice.

In policies and style, Trump and Johnson have plenty of differences. Johnson's championing of "global Britain" contrasts with Trump's "America First" stance, and the British leader is self-deprecating where Trump is bombastic.

But, like Trump, Johnson is loved by supporters for what they regard as his authenticity — whether or not it is genuine. They forgive his missteps and his messy personal life.

Johnson and his second wife, Marina Wheeler, announced in September they were splitting up after 25 years of marriage that produced four children. Johnson has fathered at least one other child outside his marriages.

Last month police were called to a noisy argument between Johnson and his new partner, Carrie Symonds, at their London home. The fracas dominated headlines for days, but failed to dent his campaign.

This week Johnson is due to achieve the dream of a lifetime by moving in to 10 Downing St. Observers warn that it may be a shock.

"Working a crowd is very different from working a government," historian Peter Hennessy told the BBC. "He's a remarkable attack journalist, he's a kind of written version of a shock jock, I've always thought. And you can't govern that way."