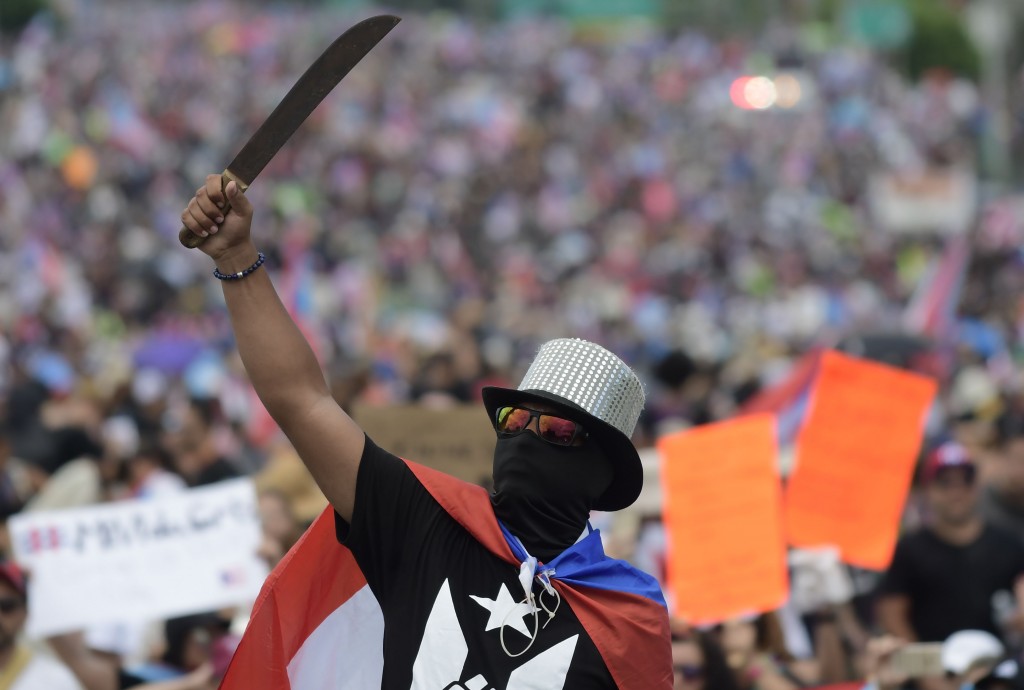 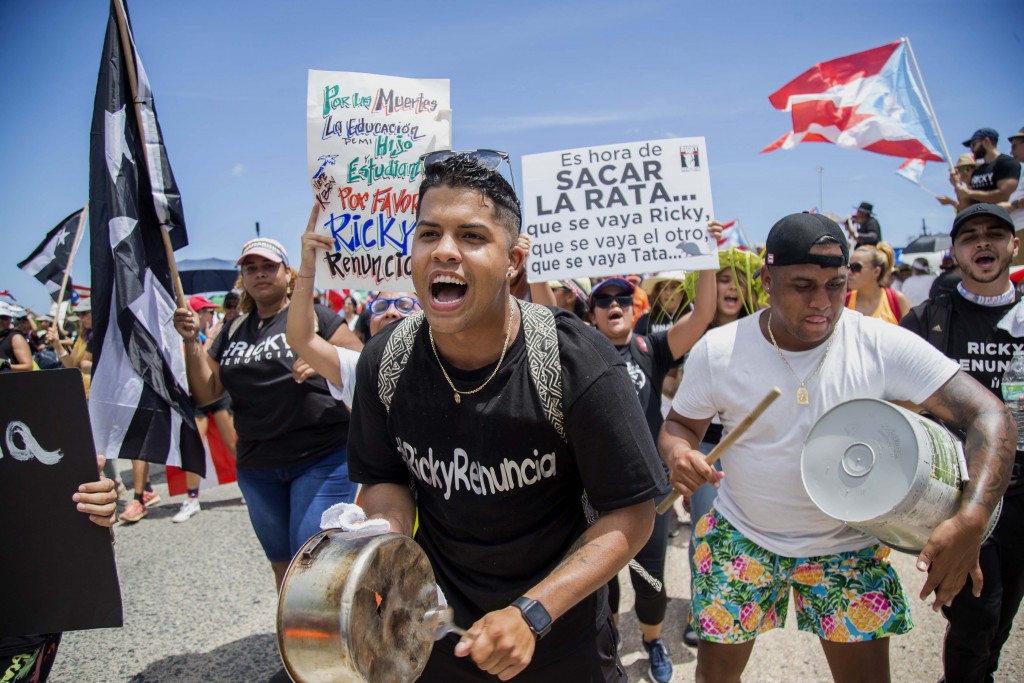 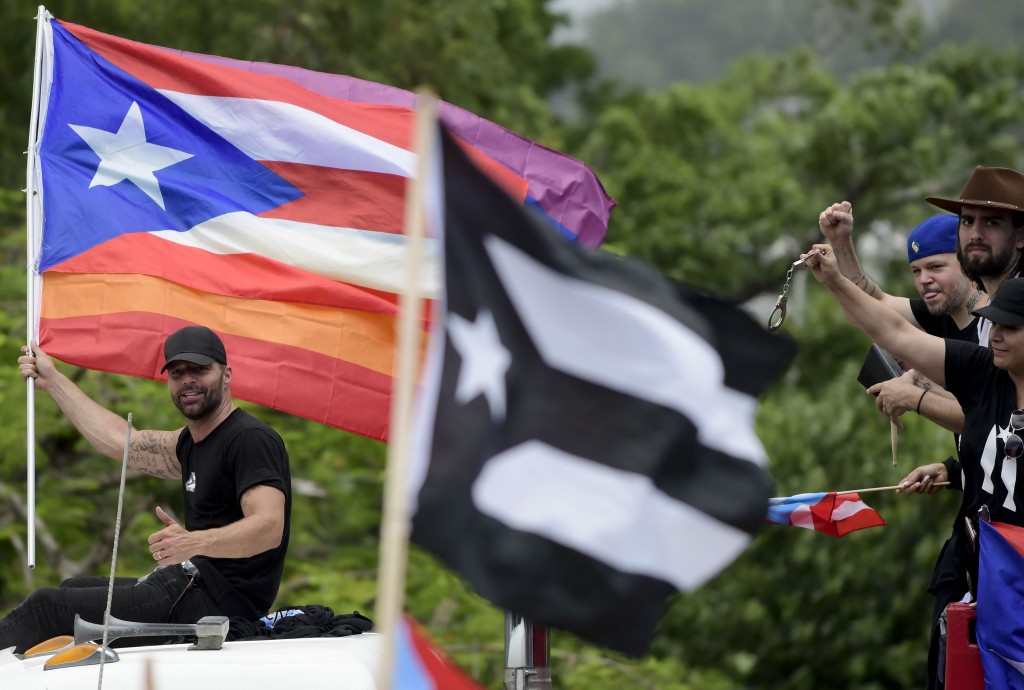 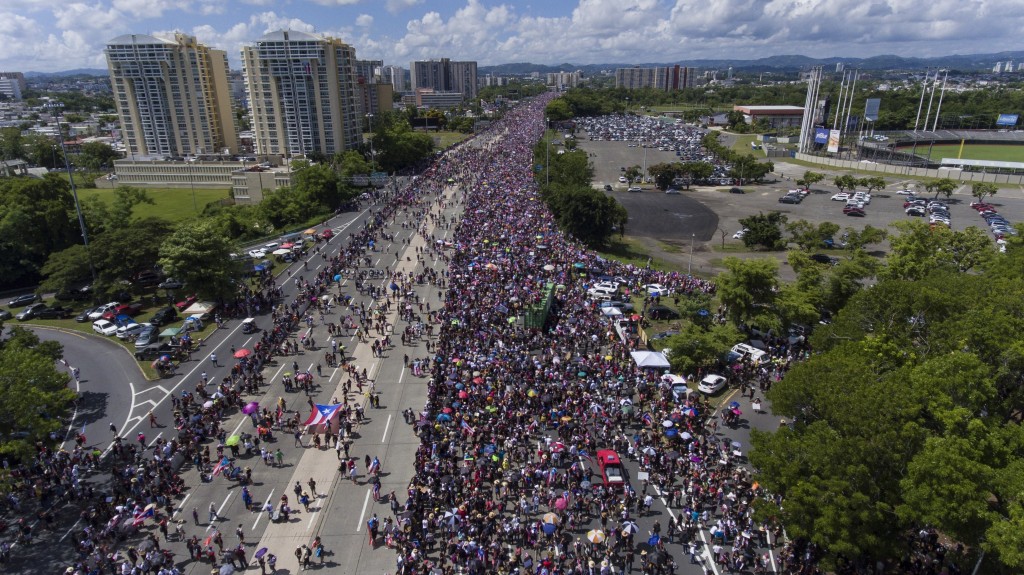 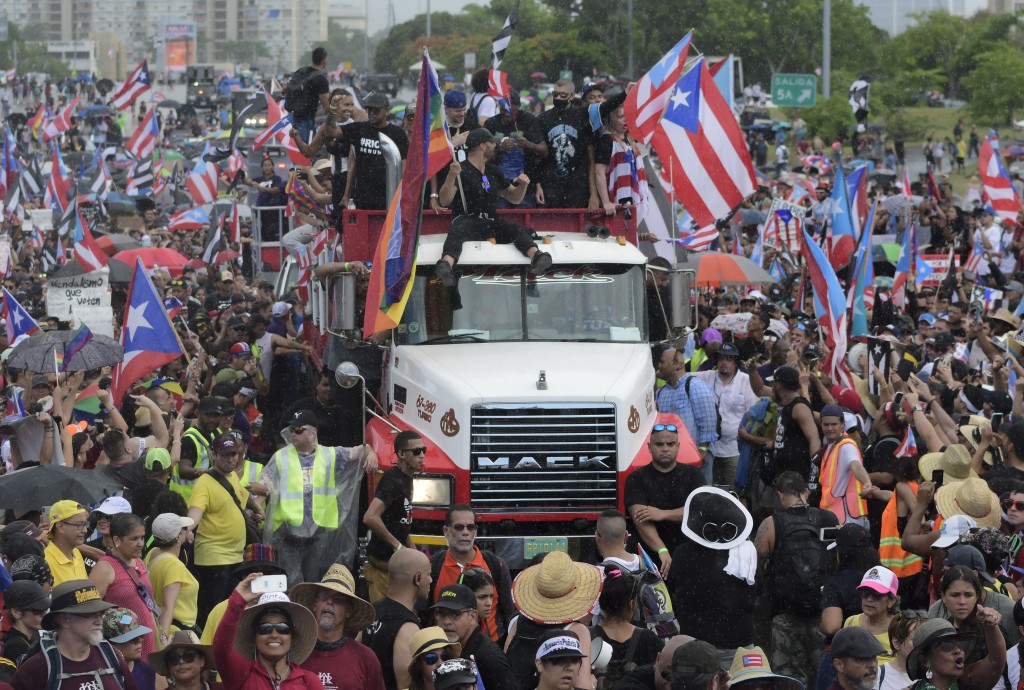 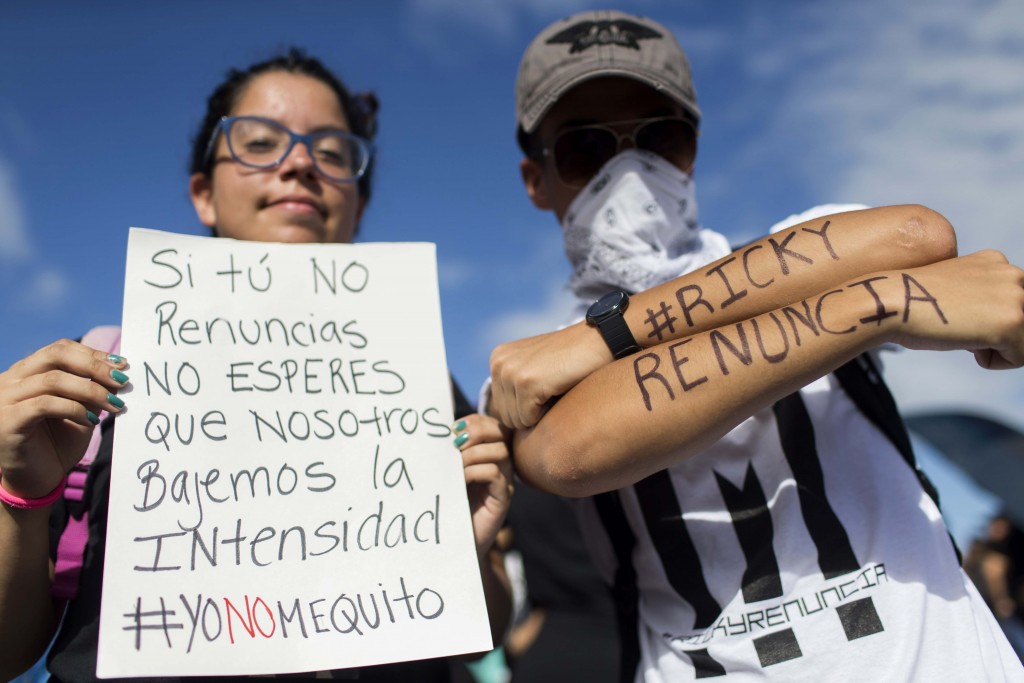 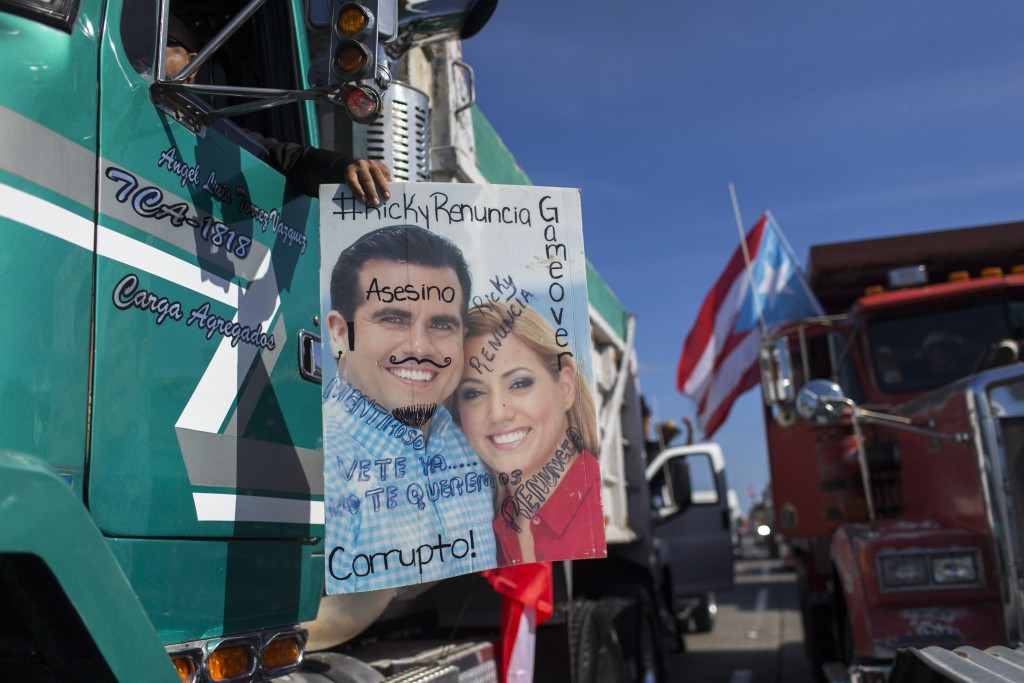 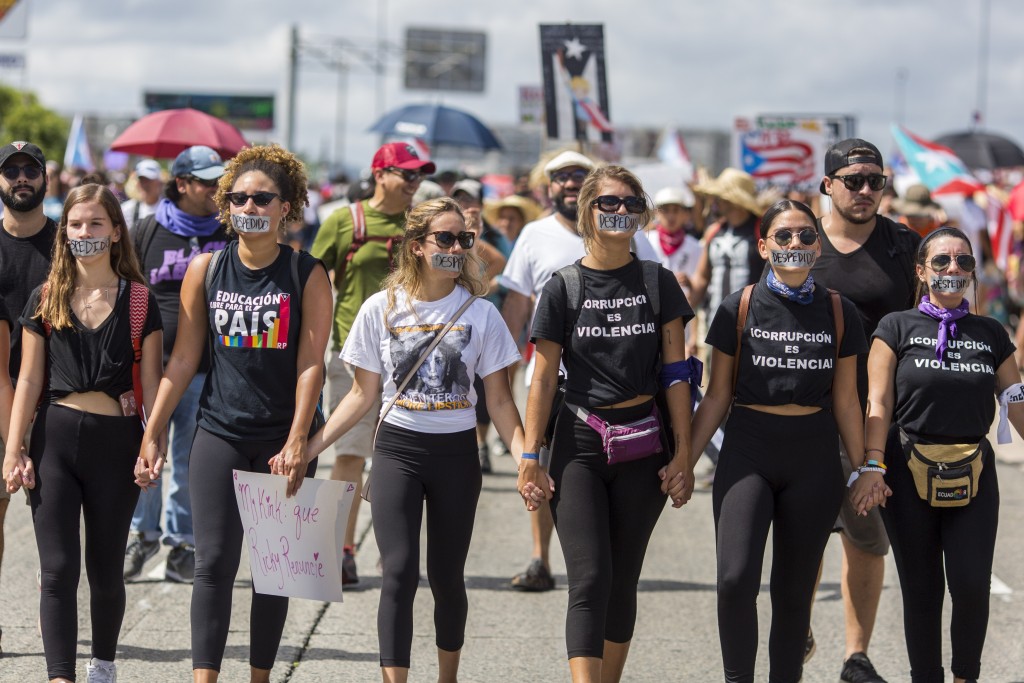 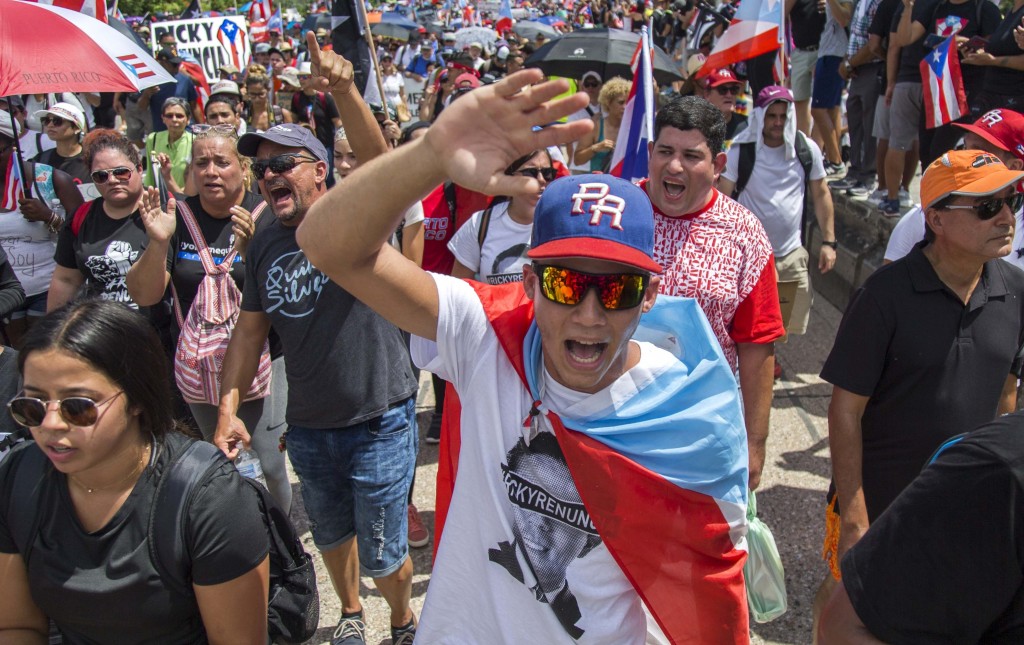 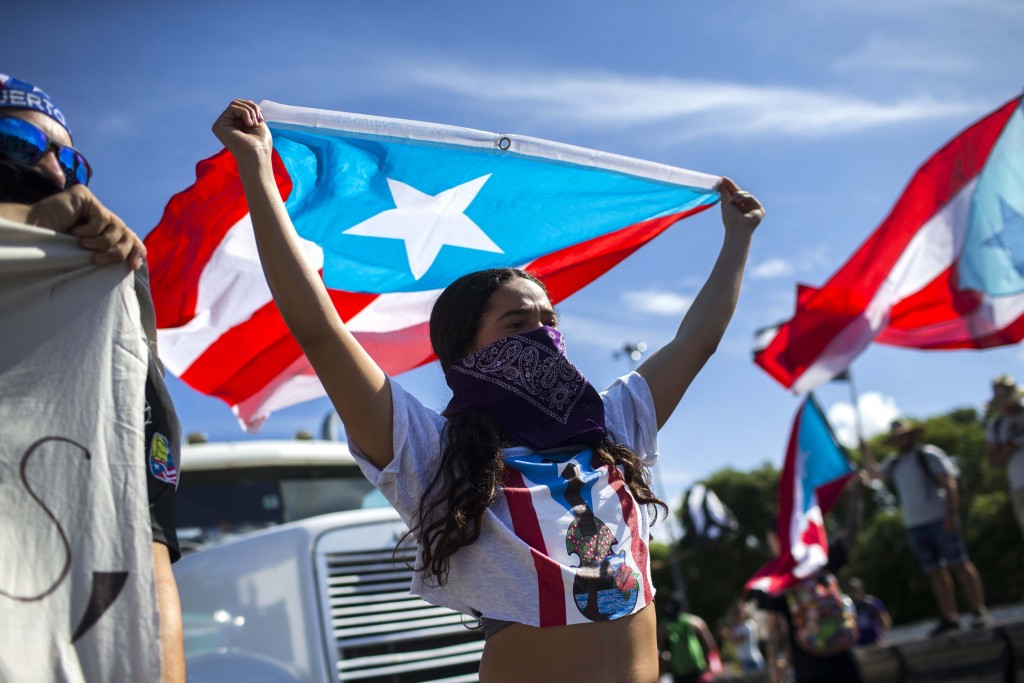 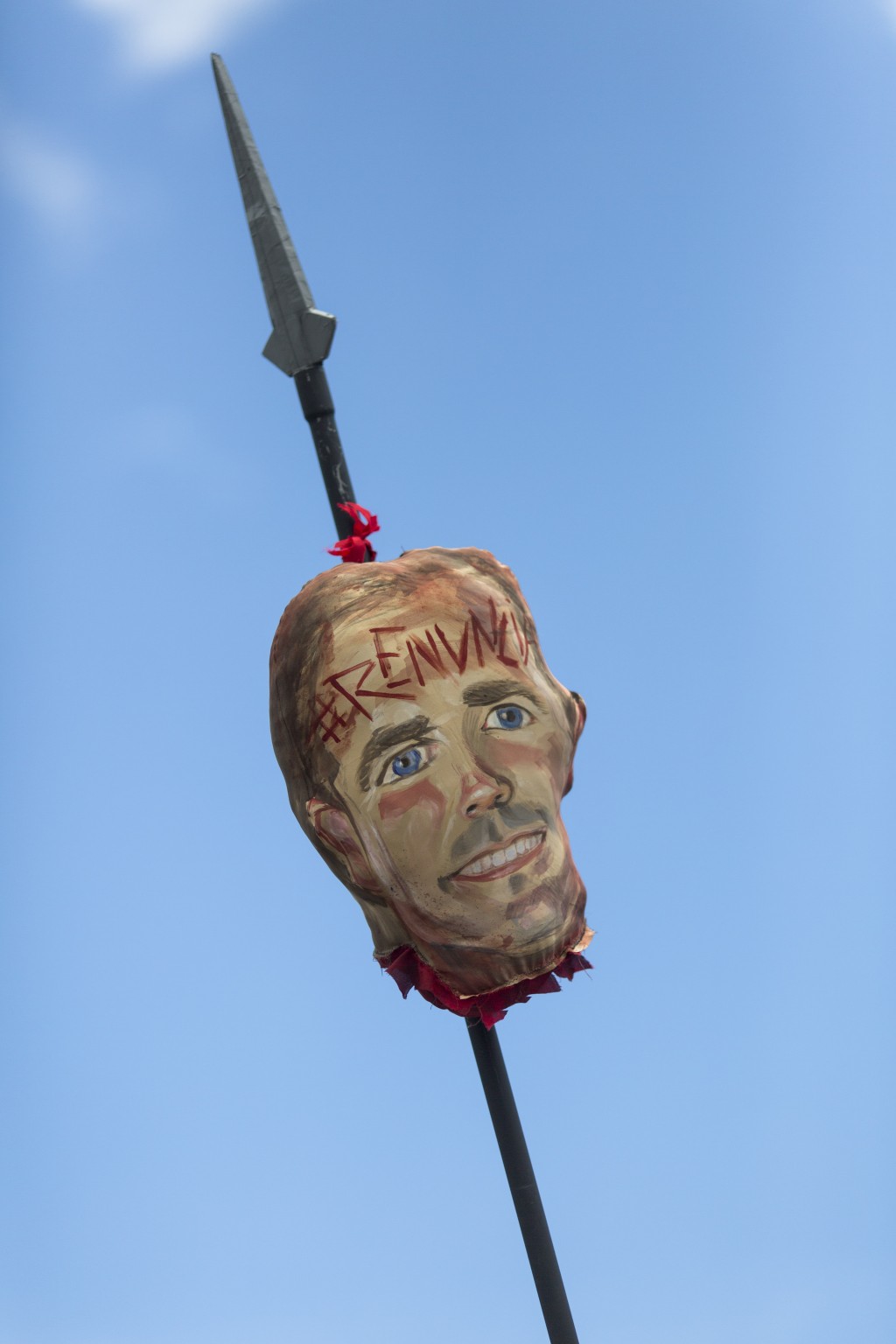 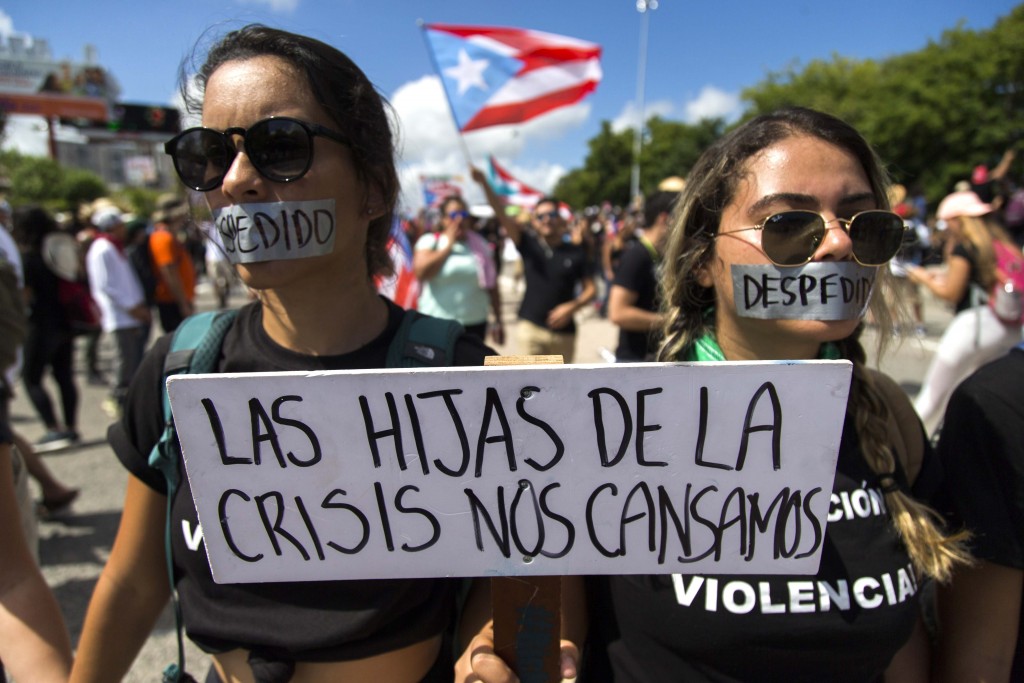 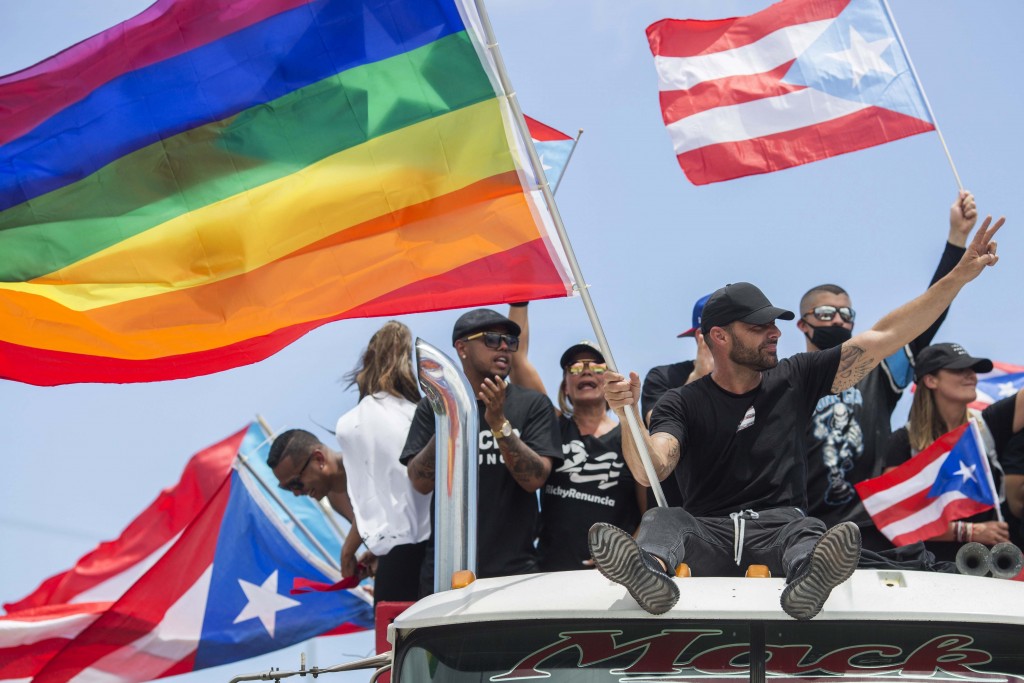 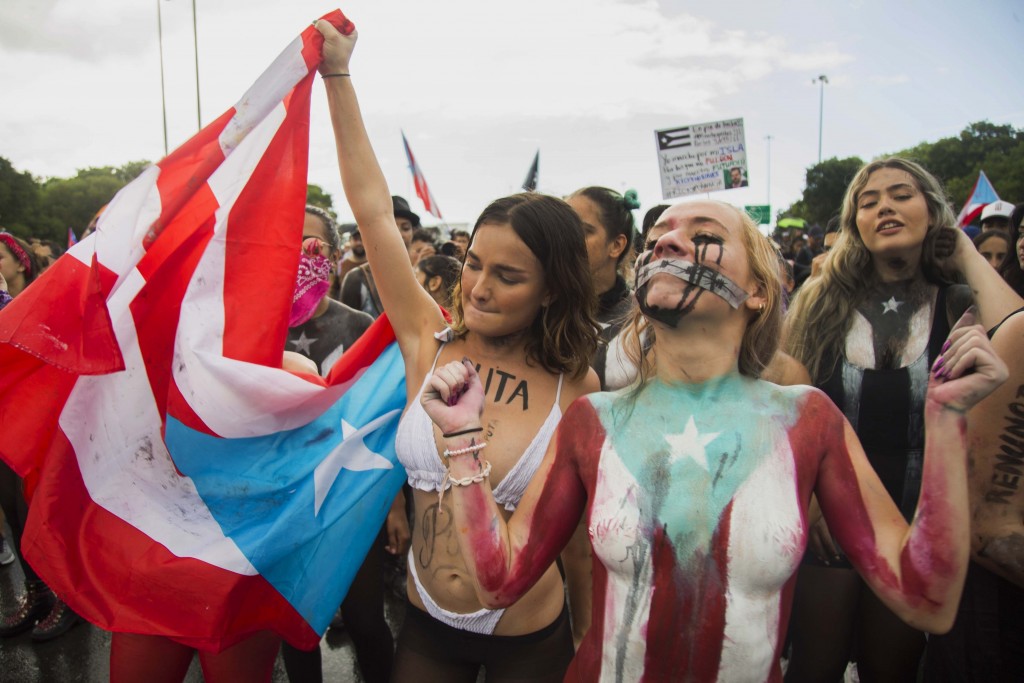 SAN JUAN, Puerto Rico (AP) — The political crisis in Puerto Rico has escalated to a point where many wonder how Gov. Ricardo Rosselló will be able to govern the U.S. territory in the coming days and possibly weeks amid the massive protests to oust him.

Rosselló dug his heels in late Monday after what seems to have been the biggest protest the island has seen in nearly two decades, telling Fox News that he has already apologized and made amends following the leak of an offensive, obscenity-laden online chat between him and his advisers that triggered the crisis.

But Puerto Ricans remained unsatisfied and vowed to keep protesting until he steps down, no matter how long it takes.

"We can endure anything," said Francisco Javier Díaz, a 30-year-old chemical engineer from the central mountain town of Corozal. "We have the power and the resilience. And the truth is, we're fed up."

Tuesday marked the 11th consecutive day of protests as government officials around Rosselló keep resigning. Even his own father, former governor Pedro Rosselló, stepped down from positions within their pro-statehood New Progressive Party and disaffiliated himself from it in a severe blow to party members.

Meanwhile, Ricardo Rosselló said he will not resign, noting that he already announced he would not seek re-election in 2020 and that he has stepped down as president of his party.

"That way, I can focus on the job at hand," he said, referring in part to fighting corruption and overseeing recovery efforts following Hurricane Maria. The Category 4 storm that hit Sept. 20, 2017 caused more than $100 billion in damage, threw Puerto Rico into a year-long blackout and left thousands dead, most of them succumbing during the sweltering aftermath.

The island has also seen a recent string of arrests of officials on federal corruption charges, including former education secretary Julia Keleher.

Michelle De La Cruz, a spokeswoman for Rosselló, said he was not available for further comment.

Asked who was advising Rosselló on staying in office, Rosselló's secretary of public affairs, Anthony Maceira, said the governor was speaking with his family and "that carries a great weight." Rosselló's father, Pedro, was governor from 1993 to 2001.

Some Puerto Ricans have accepted that Rosselló will not resign and say they instead will put pressure on legislators to start an impeachment process.

"They have that power in their hands," said Normarie Matos, a 43-year-old financial manager from San Juan. "People are no longer afraid."

Monday's massive protest came 10 days after the leak of 889 pages of online chats in which Rosselló and some of his close aides insulted women and mocked constituents, including victims of Hurricane Maria.

The leak has intensified long-smoldering anger on the island over ongoing corruption and mismanagement by the island's two main political parties that many blame for a 13-year recession and a severe debt crisis that has led to austerity measures including pension cuts.

"We don't want future generations to suffer what we have suffered," said Tania García, a 25-year-old engineer from the eastern town of Juncos who vowed to keep protesting. "This is only going to get stronger day by day."

Monday's demonstration represented the biggest protest movement on the island since Puerto Ricans rallied to put an end to U.S. Navy training on the island of Vieques more than 15 years ago, and more protests are expected this week.