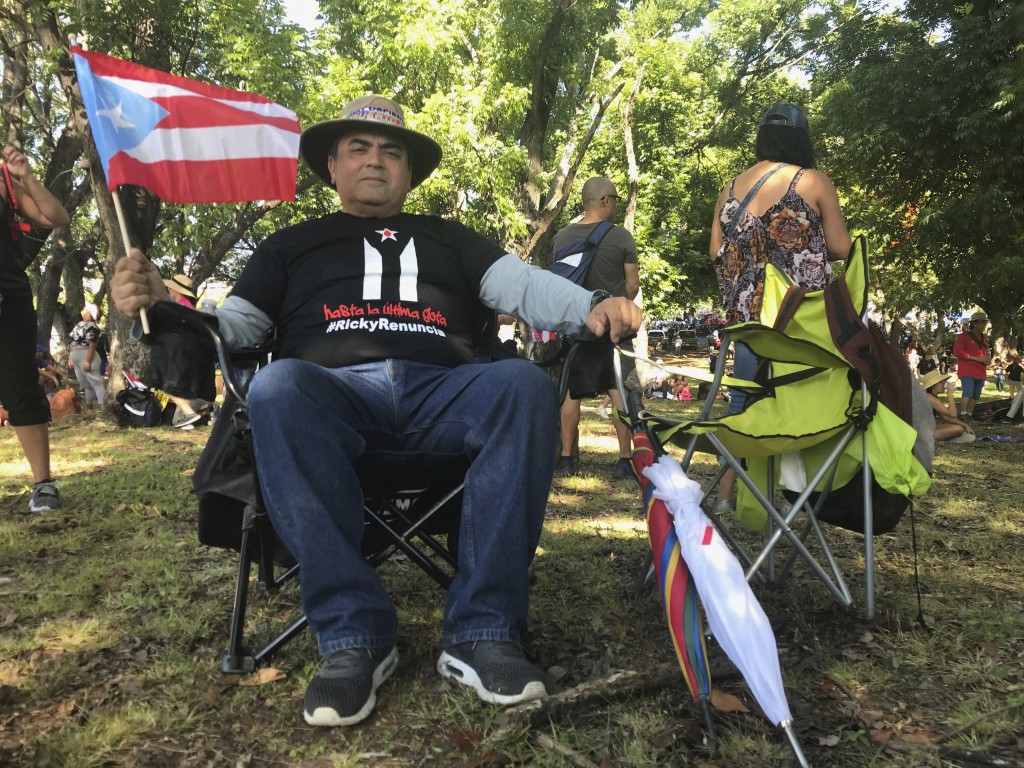 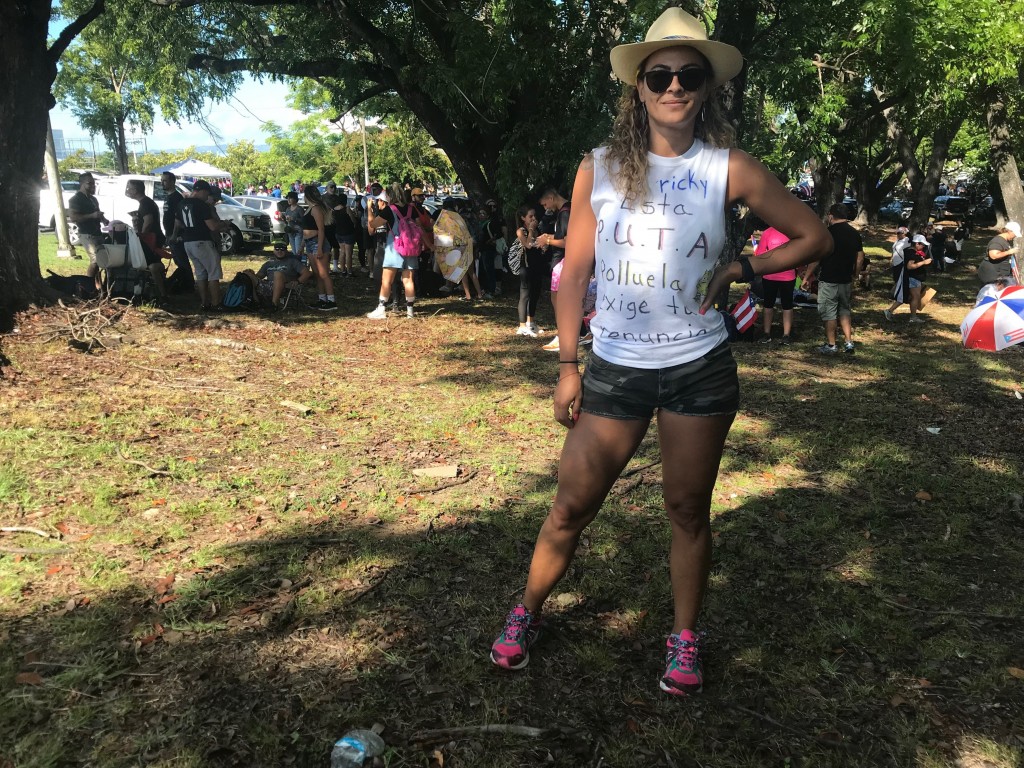 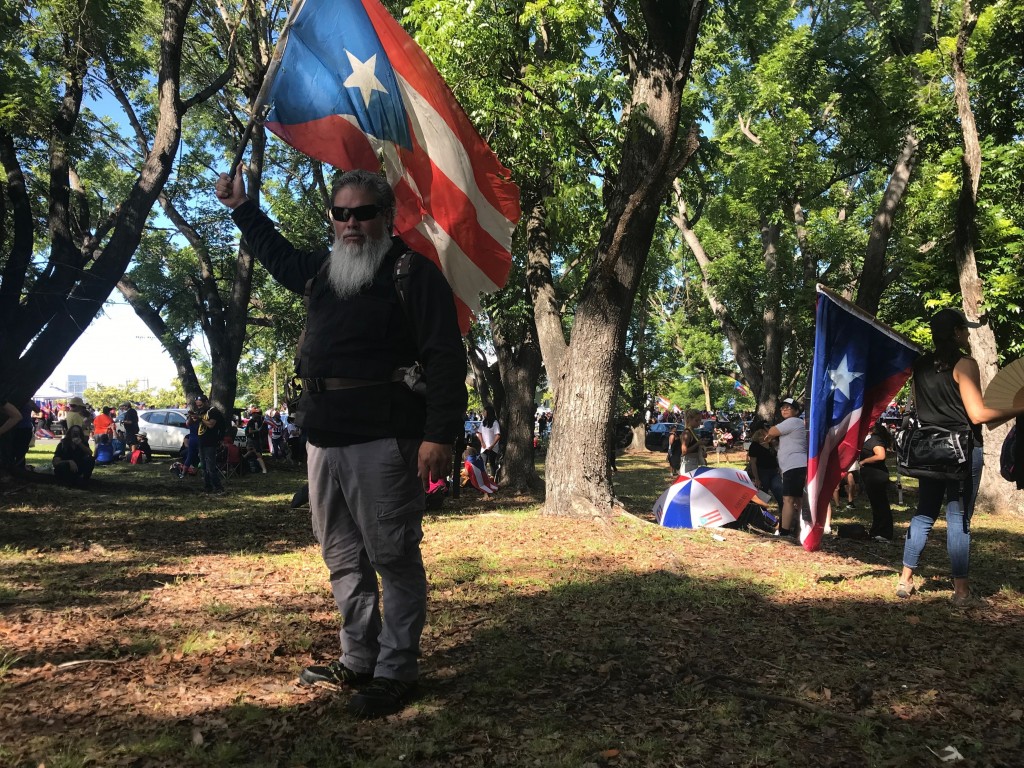 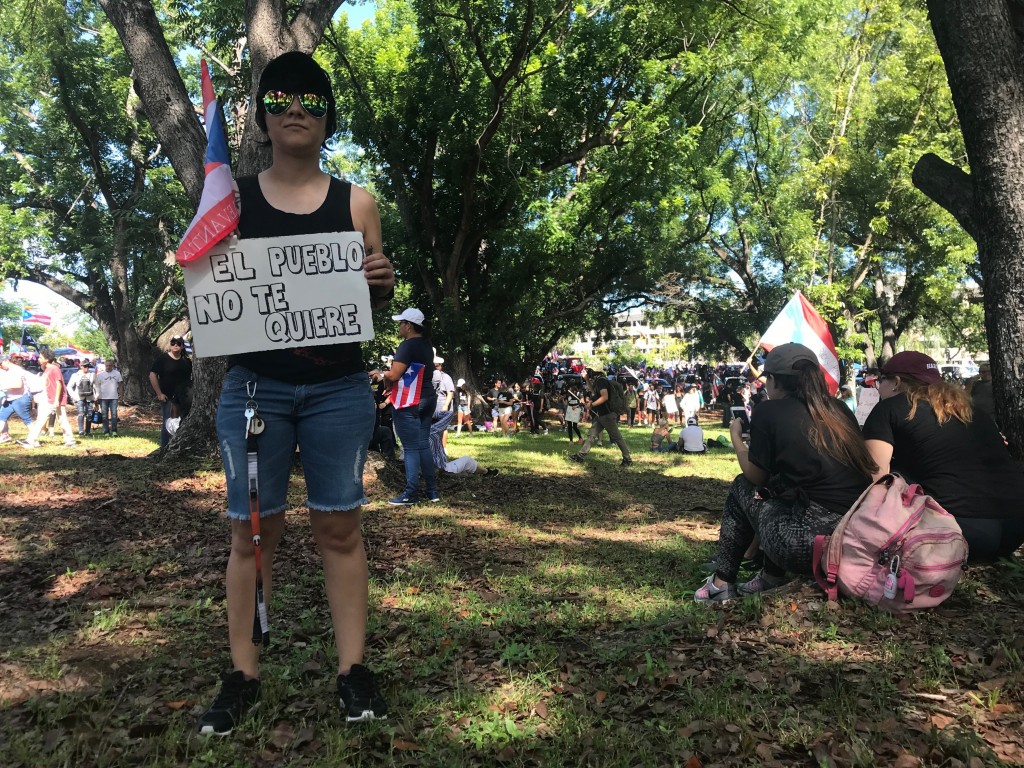 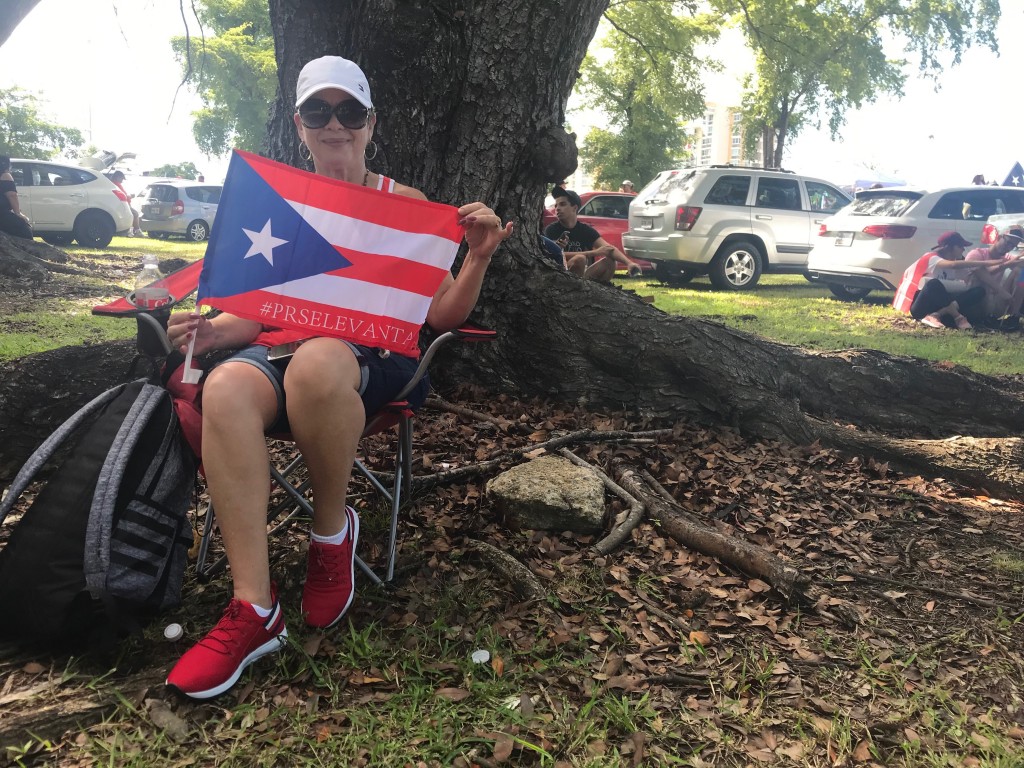 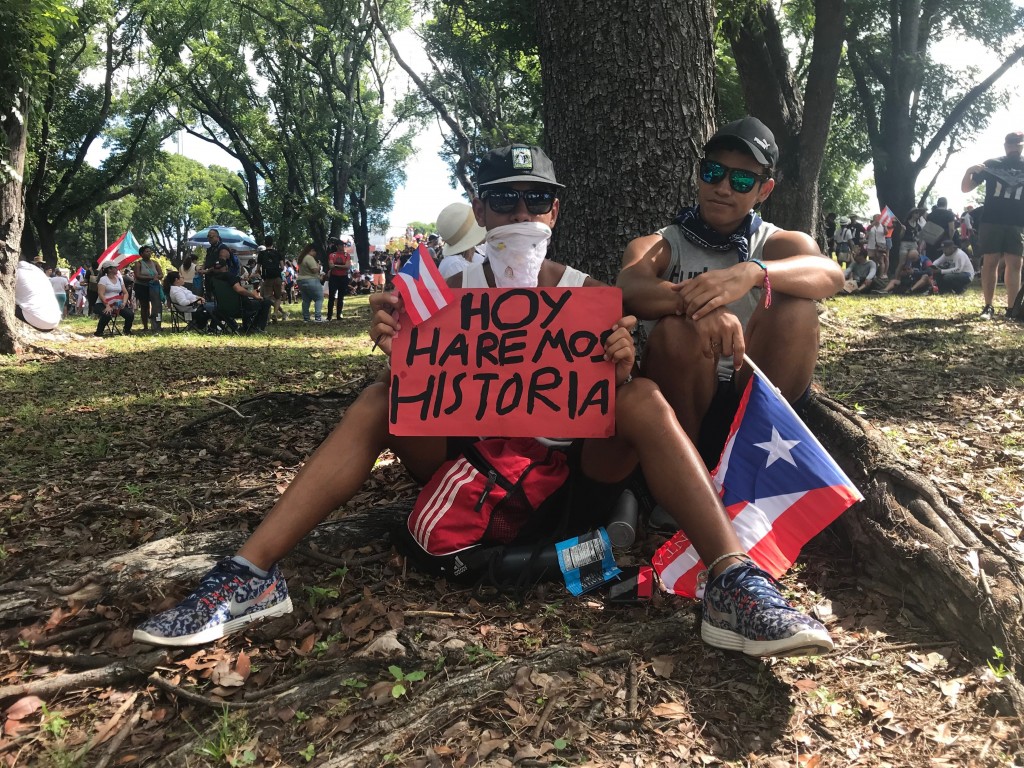 SAN JUAN, Puerto Rico (AP) — José Troche, a 64-year-old doctor from Yauco, sat under the shade in a beach chair as he waited for the march to begin.

"This right now is a dream," he said as he gestured toward the massive crowd in Puerto Rico's capital. "The people are united."

Troche believes Puerto Rico is at a crossroads, and that the upheaval will force people to be more conscious about who they vote into office next year. He said the historic protests have changed the way people think about the island's political parties and their associations with them: "We have to kick out everyone who is a traitor to the people, regardless of their (political) color."

When he was younger, he imagined Puerto Rico would have a strong economy and be self-sufficient by this time, but he doesn't see that happening for at least another 40 years.

"They have misspent the money, and now we're paying for it," he said in reference to government officials. "We're indignant with the island's situation; so much corruption and lack of respect."

Rebecca Claudio, a 36-year-old who owns a landscaping company with her husband in the central mountain town of Aibonito, decided to join the protest for her two children.

She and her husband would like to see major improvements in the quality of health and education services that Puerto Rico provides and believe Rosselló should step aside to allow someone else to lead the island and implement what they say are badly needed changes.

"Nothing has improved, except for only a select few," she said, adding that the protests are giving her hope. "A united people can achieve a lot."

Claudio said her 10-year-old son and 15-year-old daughter are in public school, but that they don't have any art or theater classes and lack even basic supplies.

Germán Alejandro Ortiz wiped tears from his eyes as the 43-year-old businessman explained why he decided to join Monday's protest: "Our people are suffering ... We need leaders who will truly take care of our people, not of their friends."

Ortiz comes from a pro-statehood family, attended the same high school as Rosselló and voted for his father when he ran for governor, but now he wants new people in charge so they can fight corruption and help turn around the island's economic crisis.

"Right now I don't have the money to put my daughter in a private school," he said as he shook his head.

Ada Torres, who is 27 and unemployed, said she moved back to Puerto Rico from Dallas one month ago because she missed the island, but now she has doubts about its future.

She said she would like to find a job in medical billing and coding but the economic crisis is making it difficult.

However, Torres said she was inspired by Monday's massive turnout and plans to remain in Puerto Rico with the hope that things will eventually change.

"I found it more united than ever, and it excites me so much," she said. "I like how they're not thinking about the political status, but thinking about what's best for the island."

Lydia Hernández, a 62-year-old retiree, said she joined the protest to help guarantee a better future for her children and granddaughter.

"I'm happy this is happening," she said as she gestured toward protesters chanting for the governor's resignation. "I see a determined people. I see a people who defends itself. We will clean house."

Hernández said the change began after Hurricane Maria struck Puerto Rico as a Category 4 storm on Sept. 20, 2017, and caused more than an estimated $100 billion in damage.

"People got out of their comfort zone and saw what was really happening," she said, adding she is tired of the government's corruption. "The island is suffering."

Giovanni André Correa, a 17-year-old high school student, joined the protest with his brother even though he believes he will move to the U.S. mainland in search of a better life.

"I want to improve myself," he said, adding that he wants to study either linguistics or computer science.

"I'd like for everyone to unite, for the governor to know that we're not going to quit," he said. "We will keep fighting."