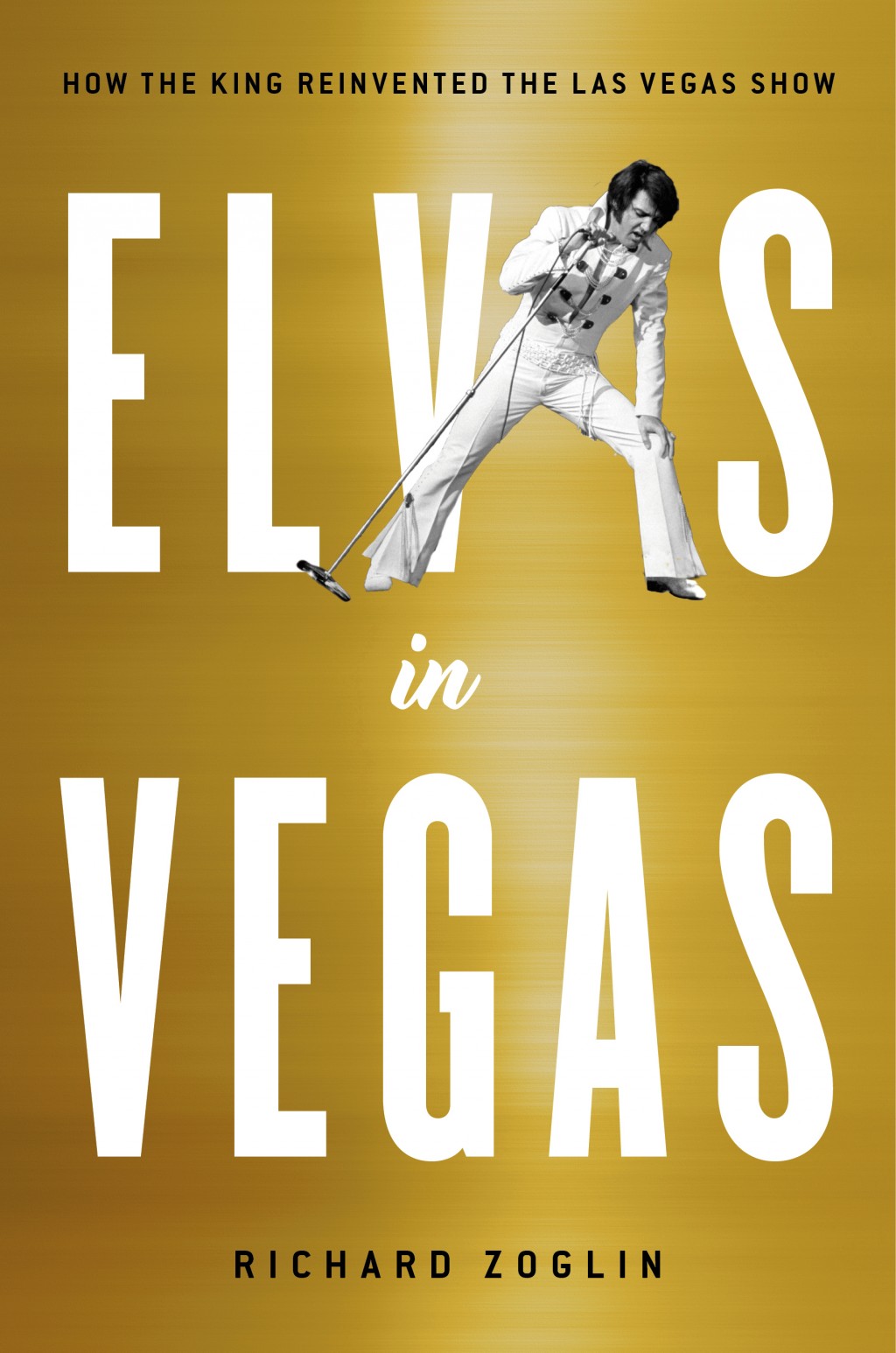 "Elvis in Vegas: How the King Reinvented the Las Vegas Show" (Simon & Schuster), by Richard Zoglin

For the King of Rock 'n' Roll, the 1960s was a slow-moving abdication.

Elvis Presley spent the better part of that decade appearing in one silly movie after another instead of performing live, a career strategy that tested the patience of his fans and cost him his edge in the music world. Meanwhile, The Beatles and the rest of the British invasion bands were redefining popular music just as he had done years earlier.

In 1969 Elvis decided he wanted to regain his throne. "Elvis in Vegas" is author Richard Zoglin's fascinating tale of how the king got his groove back and Las Vegas refreshed its own image, together supersizing live entertainment in America's adult playground. Blending new interviews with top-drawer research focusing on how Las Vegas evolved as the pleasure capital, Zoglin produces a gem of pop culture history.

For the promoters of Las Vegas in the 1930s, live music was just another way to attract visitors to the desert, following in the footsteps of saloons, prostitution, easy divorce and gambling. After World War II, high-class hotels like the Flamingo, the Thunderbird and the Desert Inn made their debuts with the help of mobsters eager to invest in an all-cash industry ripe for exploitation. Hotels offered headliners — among them singers Nat King Cole, Ella Fitzgerald and Mel Torme — and soon Vegas was tops in nightclub-style entertainment.

Eventually, even the stars who came to define Vegas cool — chief among them Frank Sinatra, Dean Martin, Sammy Davis Jr. and the rest of the Rat Pack — faced in the early 1960s the same problem that would confront Elvis at the decade's end: a creaky act and increasingly creaky fans as tastes in music and comedy changed.

Elvis was no stranger to Vegas. He had been a fish out of water when he first performed there, in 1956, and with just one hit, "Heartbreak Hotel," to his credit. Rock 'n' roll wasn't what the typical Vegas patron sought at the time and the gig fizzled. But Elvis the man loved the all-day, all-night quality of the city and would frequently visit between movies.

Thirteen years and millions of records later, Elvis chose Las Vegas for his return to live performing. He pulled out all the stops at the International Hotel and, in Zoglin's words, "established a new template for the Las Vegas show: no longer an intimate, sophisticated, Sinatra-style nightclub act, but a big rock concert-like spectacle." Two backup singing groups, a rhythm band, a full orchestra plus the indefatigable Elvis — "the star," writes Zoglin, "was now his own spectacle." For two shows a night for four weeks, this star filled every seat.

Vegas revitalized Elvis' career — he returned twice a year to repeat his initial success — and he showed the town the way forward for continuing to attract people with money in their pockets. It all came crashing down for Elvis in 1977 when the drugs that kept him going finally overpowered him.

The king is dead, but Vegas lives on, making itself over again and again.