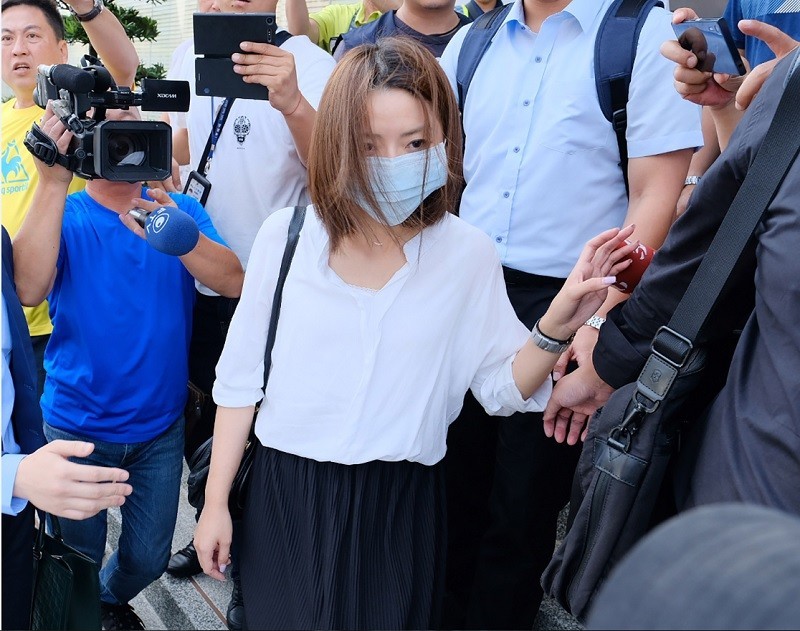 TAIPEI (Taiwan News) -- After an EVA Air flight attendant and union leader was fired for joking that she would "add ingredients" to a captain's entree, the U.S. Department of Transportation (DOT) wants a full explanation from the air carrier.

Kuo Chi-yen (郭芷嫣), former EVA Air flight attendant and director of the Taoyuan Flight Attendants' Union (TFAU) was dismissed on July 11 by the airline for making a joke about "adding ingredients" (加料) to the captain's meal during the flight attendant strike. Now the U.S. DOT wants an explanation of the incident.

EVA Air confirmed on Sunday (July 21) that the DOT had notified it of complaints from passengers about the incident and that the company would respond to the current situation, according to CNA. Taiwan's Civil Aeronautics Administration (CAA) said last week that EVA Air had informed it of the incident.

Because Eva Air operates flights to the U.S., the DOT sent a letter to the air carrier, requesting that it reply to the threat by the former flight attendant. The CAA also indicated that it had asked EVA Air to properly explain the situation and maintain normal flight operations in the U.S.

At 12:24 a.m. on July 9, Kuo released a post on the TFAU Facebook page in which she admitted that her statements about "pummeling" (電爆) anti-strike flight attendants and "adding ingredients" (加料) to the captain's entree were inappropriate, emphasizing that they were meant as jokes. She said that she was sorry that the comments led to misunderstandings and she would accept the company's investigation.

After learning of Kuo's comments, EVA Air said it had reported the case to the police on July 9 because of the serious impact it had on cabin order and flight safety. On July 11, the company's personnel review committee found that Kuo's actions obviously violated the company's management rules regarding cabin crew members.

The committee also found that there was a possible unlawful infringement against company staff in the workplace that may have violated the relevant provisions of the Civil Aviation Act (民用航空法) and the Criminal Code (刑法). The circumstances were considered so serious that the company decided to dismiss her with immediate effect, and her case has now entered the judicial process.

The CAA said that because the case has entered the judicial process, it will respect the court's judgment. If the prosecution does not indict Kuo, it said it will review her cause under civil aviation law.

Kuo reportedly went to the Luzhu precinct of the Taoyuan Police Department on the afternoon of July 13 to file a report.