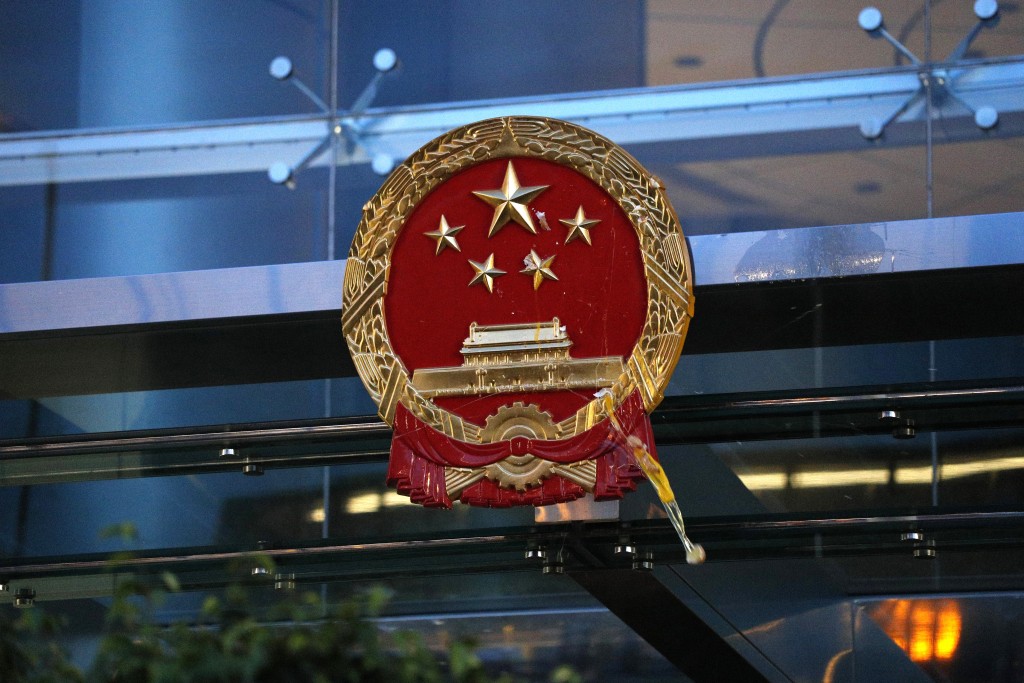 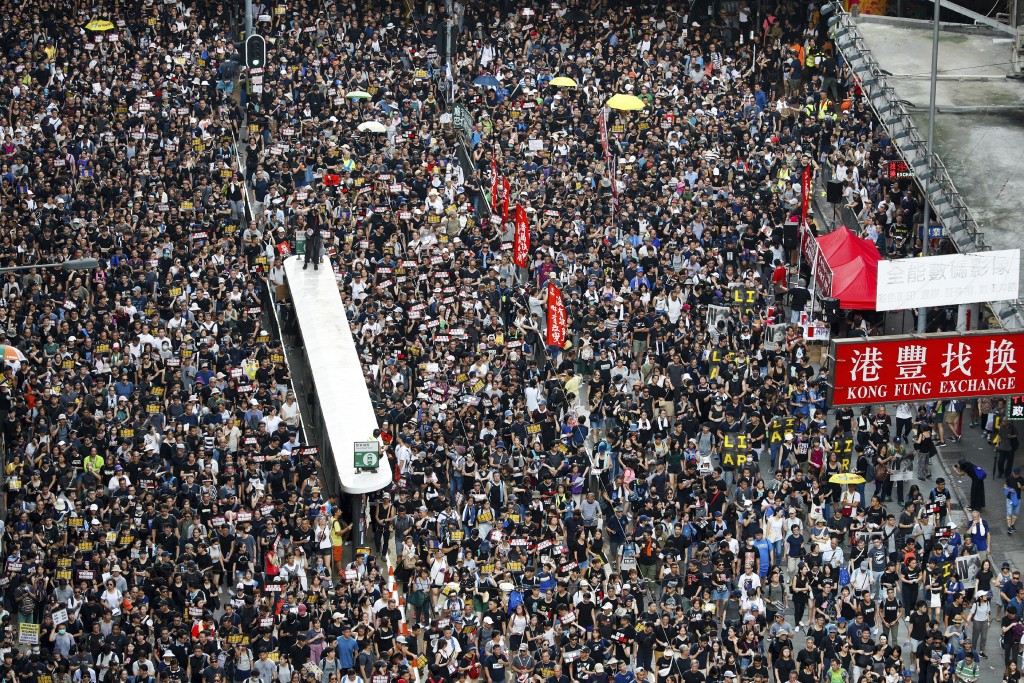 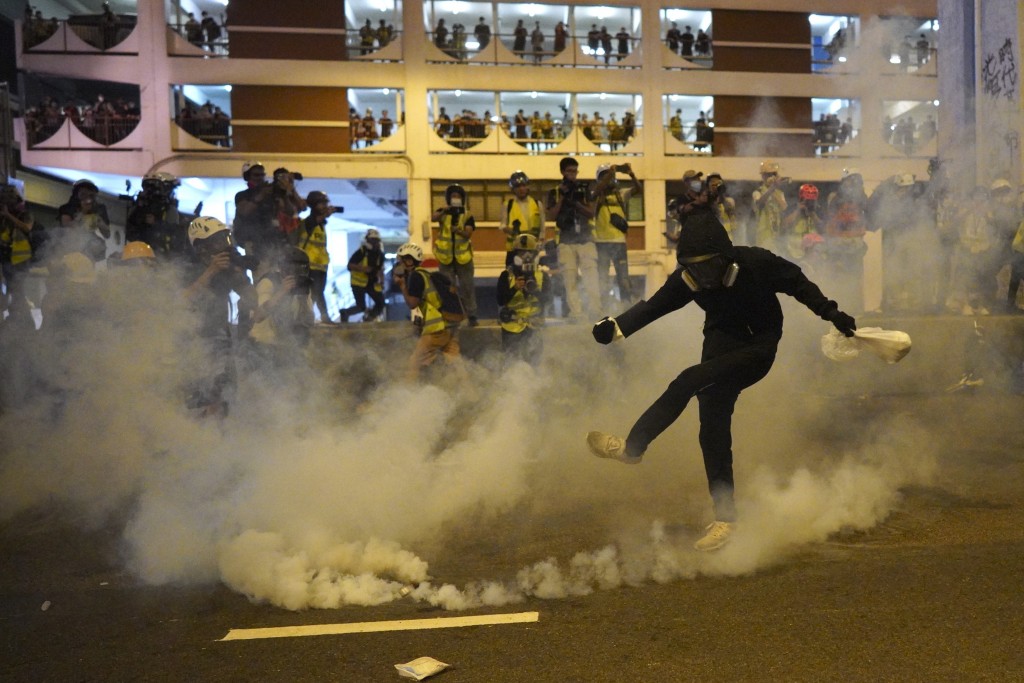 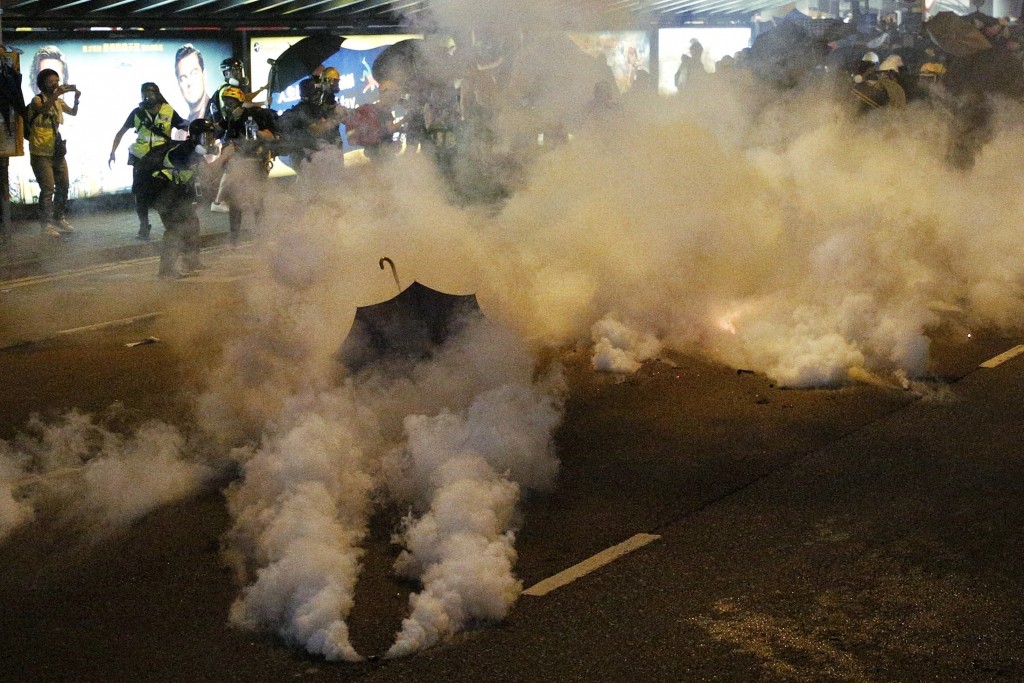 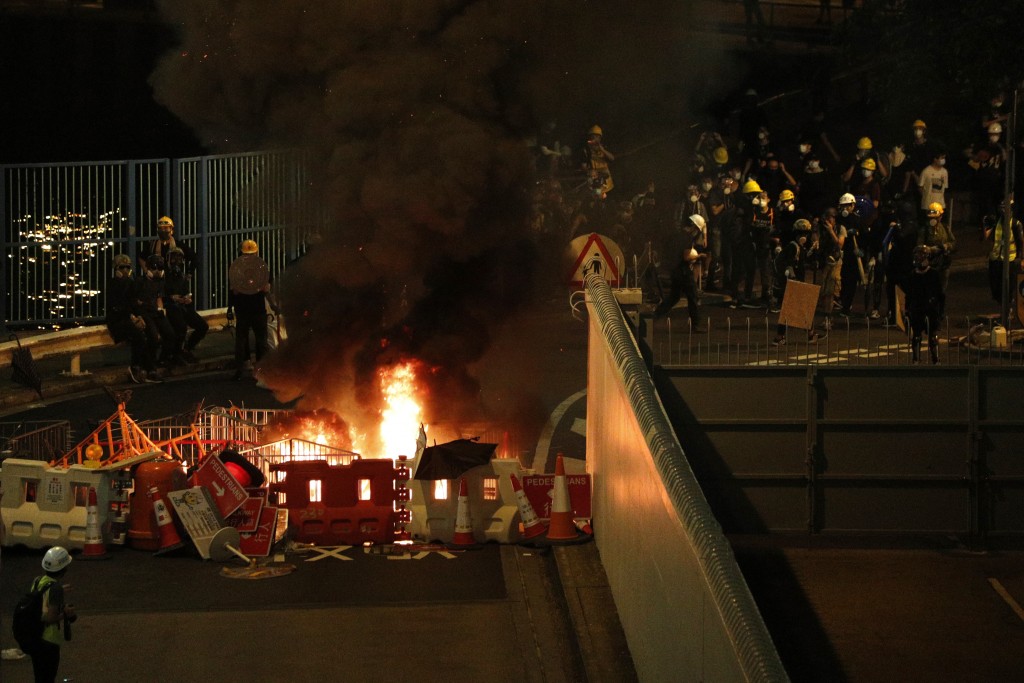 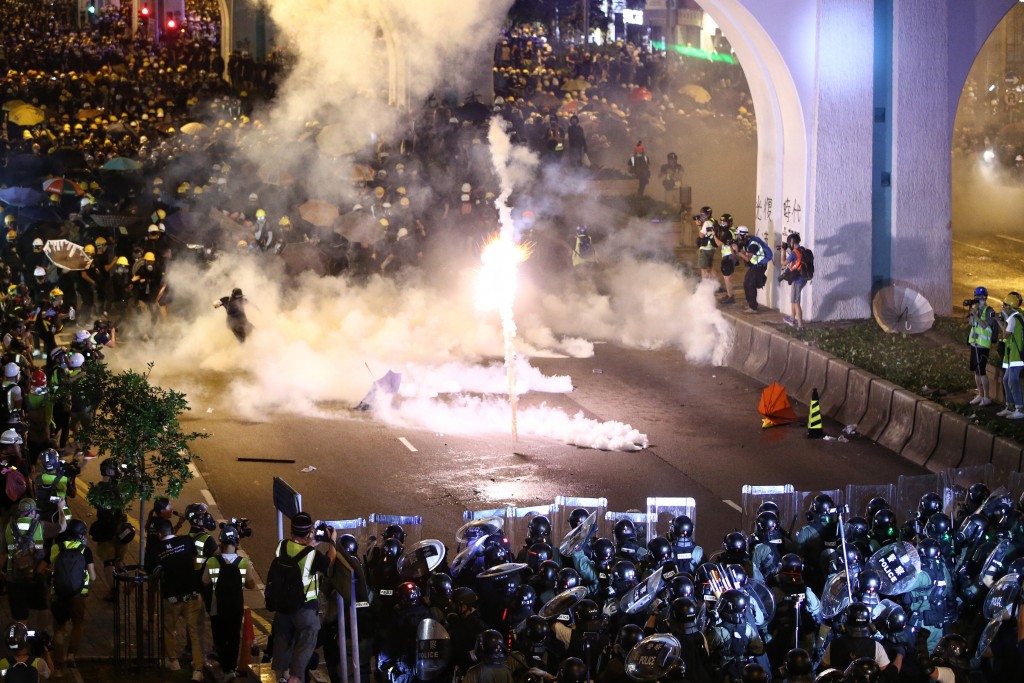 HONG KONG (AP) — The Latest on protests in Hong Kong (all times local):

A Chinese army brigade says it has held an anti-terrorism exercise in a city not far from Hong Kong.

A social media post Monday by the 74th Army Group did not refer to ongoing protests in Hong Kong, but military commentator and retired officer Yue Gang said the exercises show that troops would be dispatched to the semi-autonomous territory if needed.

An attack by protesters on China's office in Hong Kong on Sunday has fueled fears that the People's Liberation Army may intervene. Protesters threw eggs at the office and splattered black ink on the national emblem, eliciting angry responses from China.

The state-owned Global Times newspaper said the exercise in Guangdong province's Zhanjiang city simulated a response to an outbreak of violence and terrorism.

Hong Kong leader Carrie Lam says allegations that police colluded with masked assailants who attacked residents in a subway station over the weekend are "unfounded."

The attackers beat people in the Yuen Long subway station Sunday night using steel pipes and wooden poles. They appeared to target protesters dressed in black who had participated in a massive pro-democracy march earlier Sunday.

Lam said the act "openly challenged the country's sovereignty" and defended her choice to address it before she mentioned the subway attack.

She said throwing eggs and black paint on the emblem "hurt the nation's feelings."

China has harshly criticized a demonstration in which eggs were thrown at its office in Hong Kong and messages spray-painted on the exterior walls.

The official People's Daily newspaper said Monday in a front-page commentary that the protesters' actions were "intolerable."

The article headlined "Central Authority Cannot be Challenged" expanded on a strong condemnation issued the previous night by the government's Hong Kong and Macao Affairs Office.

One group of protesters targeted China's liaison office in Hong Kong on Sunday night after more than 100,000 people marched through the city to demand democracy and an investigation into the use of force by police to disperse crowds at earlier protests.

Demonstrators fear an erosion of rights and freedoms in the semi-autonomous Chinese territory.