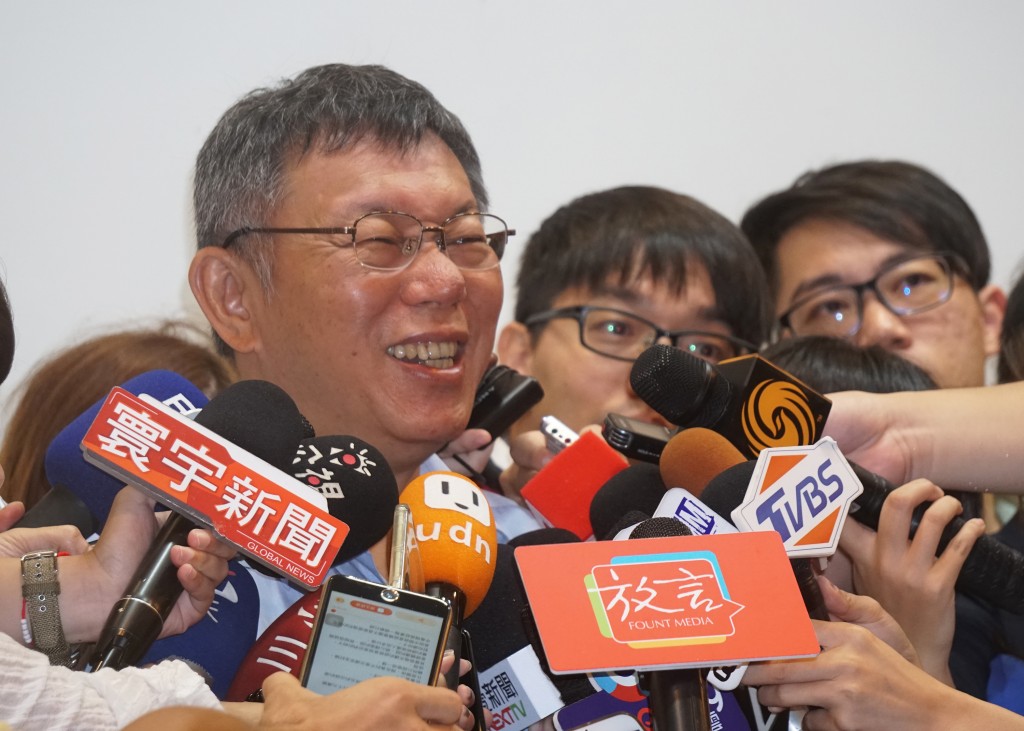 TAIPEI (Taiwan News) – Taipei City Mayor Ko Wen-je’s (柯文哲) decision whether or not to run for president will have a key influence on the outcome of next January’s election, according to an opinion poll released Monday (July 22).

If the independent mayor stays out of the race, then President Tsai Ing-wen (蔡英文) would stand a good chance of being elected to a second and final term next January 11, said Ying-lung You (游盈隆), chairman of the Taiwanese Public Opinion Foundation (TPOF, 台灣民意基金會).

Tsai receives 45 percent if her only opponent is Kuomintang (KMT) candidate Han Kuo-yu (韓國瑜), who would end up with 40.1 percent, according to the survey.

However, if Ko joined the race, the itinerant Kaohsiung City mayor would lead with 33.5 percent, just ahead of Tsai with 32.6 percent, while Ko would finish last, receiving only 25.5 percent.

Looking at the identification of voters with political parties, Tsai’s Democratic Progressive Party (DPP) received the support of 40 percent of respondents, while 38.9 percent identified as KMT voters, according to You.

The data indicated a closing window of opportunity for Ko, as voters were choosing sides between the two major political parties, the United Daily News reported. If Ko wanted to occupy the middle ground between DPP and KMT, he would have to act fast to present himself as the third choice, You said.