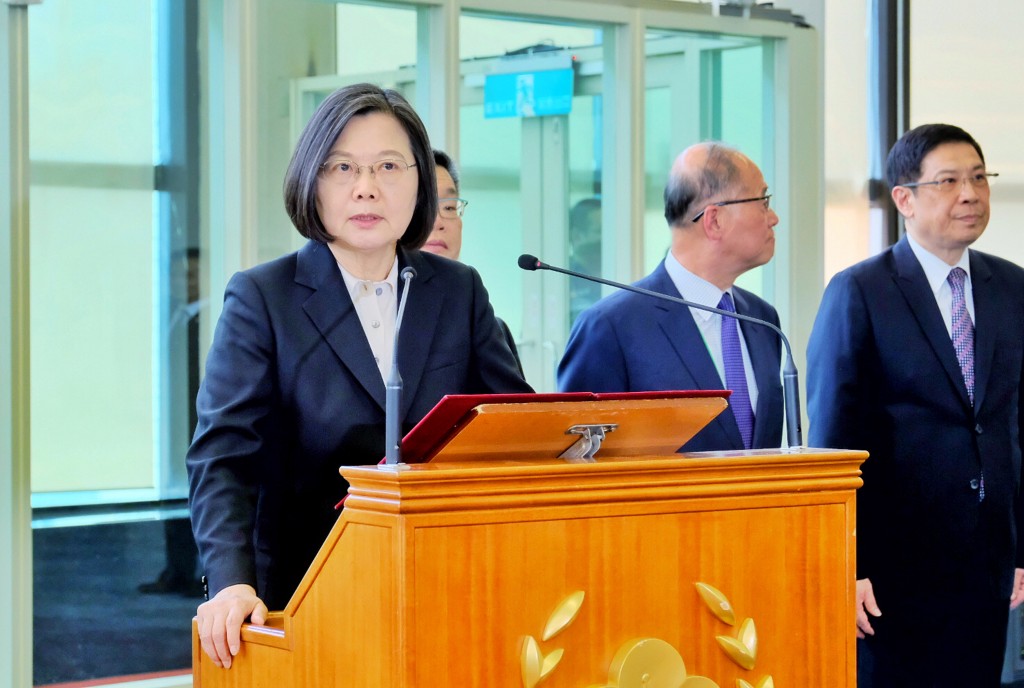 TAIPEI (Taiwan News) — Returning home on Monday (July 22) from her 12-day journey to the U.S. and Caribbean nations, President Tsai Ing-wen (蔡英文) highlighted the growing relationship between Taiwan and the United States.

Speaking about her prolonged transits in New York and Denver, Tsai said they allowed her more opportunities to exchange ideas with different sectors in the U.S., including politicians and business representatives, as well as researchers. “Some people say the [Taiwan-U.S.] relationship has been upgraded, but I would say ‘deepened’ is more appropriate,” said Tsai.

Tsai embarked on her Caribbean tour on July 11, visiting Haiti, Saint Kitts and Nevis, Saint Vincent and the Grenadines, and Saint Lucia, although she spent one-third of her travels in the U.S. She received generous treatment provided by the U.S. administration during the stopovers.

While in New York, Tsai visited Taiwan’s representative office and attended a banquet joined by permanent United Nations representatives from the country’s allies. On Sunday (July 21), the president held a press conference in Denver, which was attended by the chairman of the American Institute in Taiwan (AIT), James Moriarty. All of these events were made public and were unprecedented during her past U.S. visits.

On her trip to the Caribbean, she witnessed the signing of a number of bilateral agreements with Taiwan’s allies. Tsai also addressed the parliament of St. Vincent and Saint Lucia, respectively, calling for more collaborations with the countries in the pursuit of sustainable development.

“Taiwan has the capacity to help other countries, but Taiwan also needs other countries to speak up for us on the international stage,” Tsai said on Monday. She expressed gratitude toward the allies for demonstrating solidarity with Taiwan. “With their support, the Taiwan issue can continue to gain global attention,” Tsai added.

Concluding her remarks, the president urged different political factions at home to work together to increase Taiwan’s international standing, echoing the statement prior to her departure that the purpose of the trip was to find more “diplomatic space” and “business opportunities” for Taiwan.