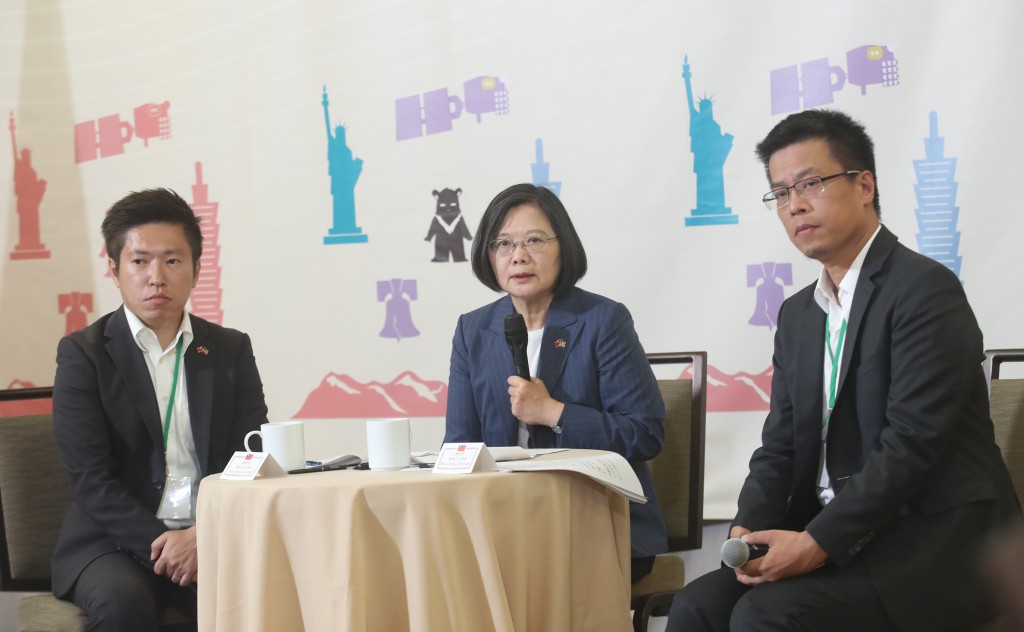 Tsai held a press conference, her first on U.S. soil, during her two-night layover in Denver, Colorado. The chairman of the American Institute in Taiwan, (AIT), James Moriarty, also attended the press conference.

Speaking about her possible pick for a running mate, Tsai said the party would discuss the matter when “the political circumstance becomes clearer.” She did not elaborate on what that meant, but said the ultimate goal is to come up with a team that will win the election.

Some staunch pro-independence and Democratic Progressive Party (DPP) supporters have urged Tsai to tap former Premier William Lai (賴清德), whom she defeated in the DPP primary in May, for vice president. Others have speculated that Taoyuan Mayor Cheng Wen-tsan (鄭文燦), who just finished his second U.S. tour this year, is a possible choice.

The Formosa Alliance (喜樂島聯盟), which officially became a political party on Saturday, said it would be glad to see a Tsai-Lai ticket in the upcoming election. However, later in the evening, party chairman William Lo (羅仁貴) retracted his earlier statement and said the party does not rule out the possibility of selecting its own candidate.

Tsai, who is losing support from pro-independence voters, has called for unity and resistance to Chinese influence in Taiwan. Both Han and independent Taipei Mayor Ko Wen-je (柯文哲), who many believe will soon enter the race, have promoted closer ties with Beijing.