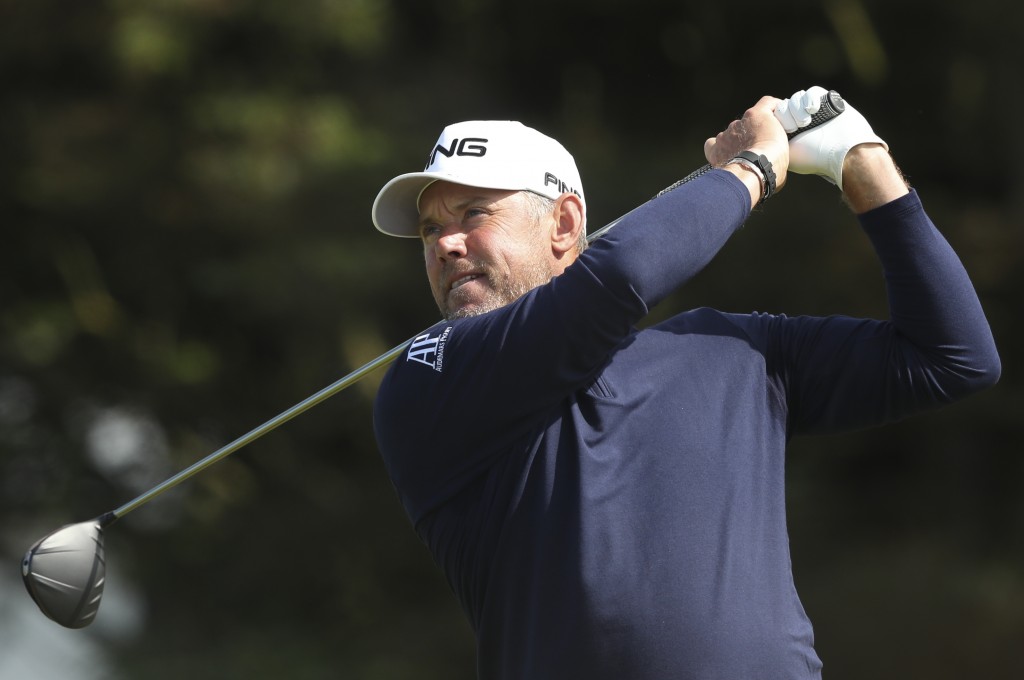 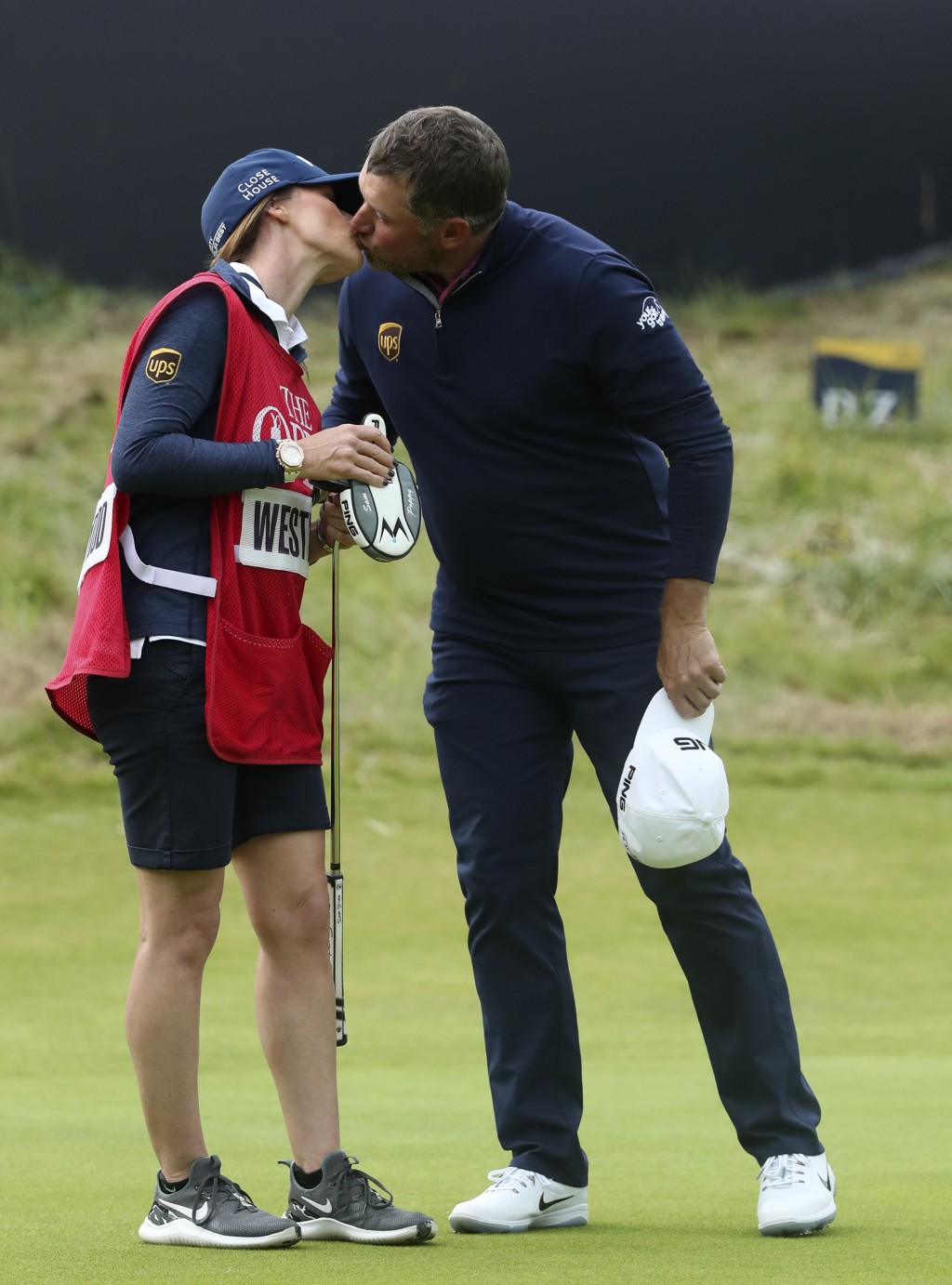 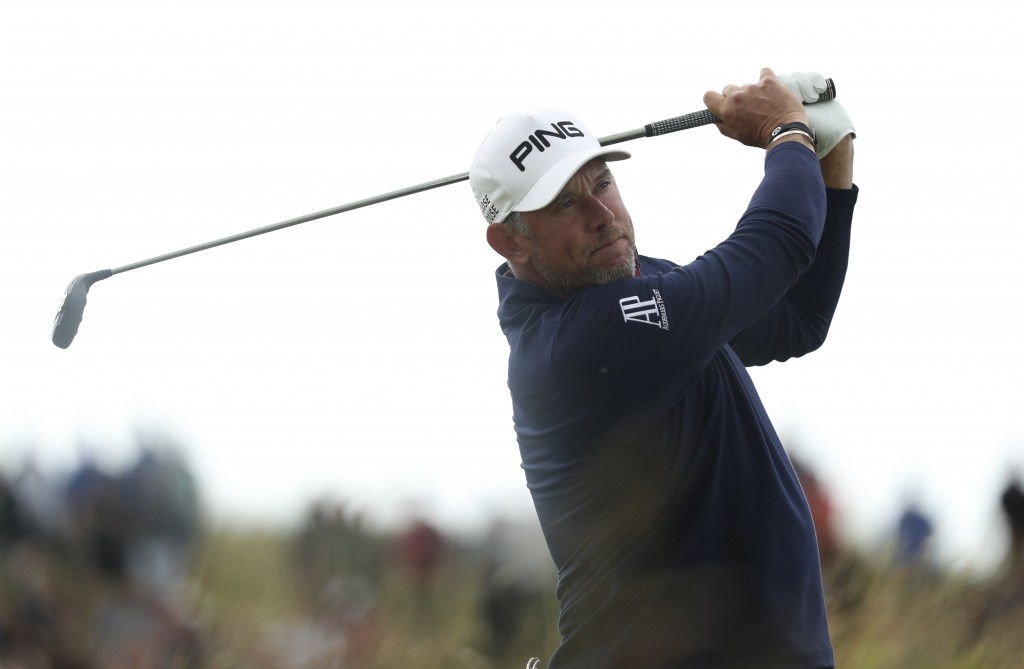 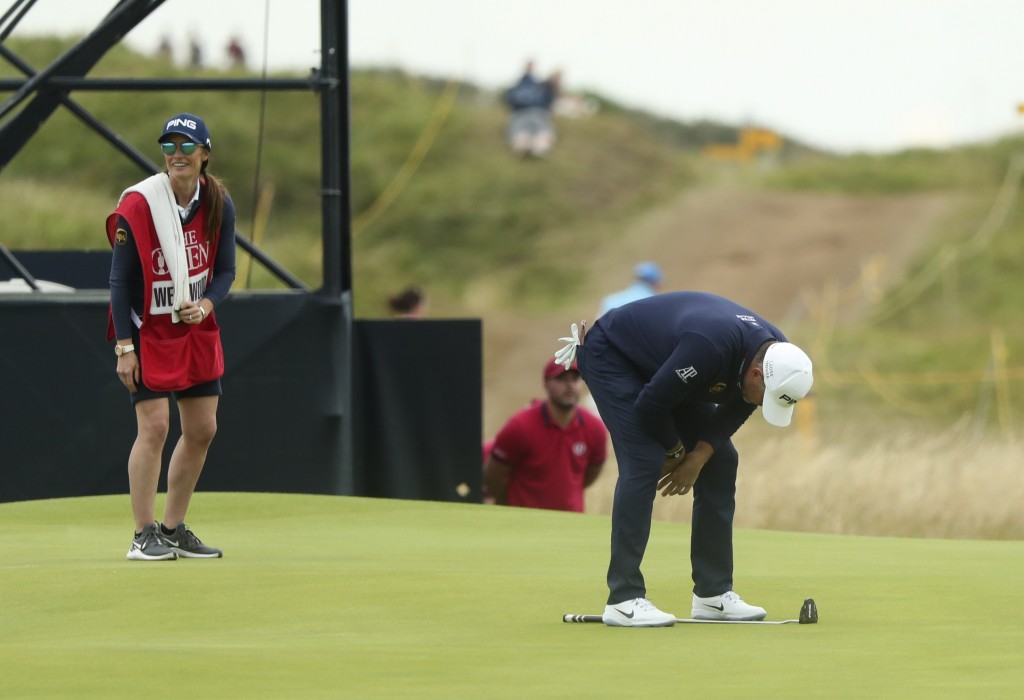 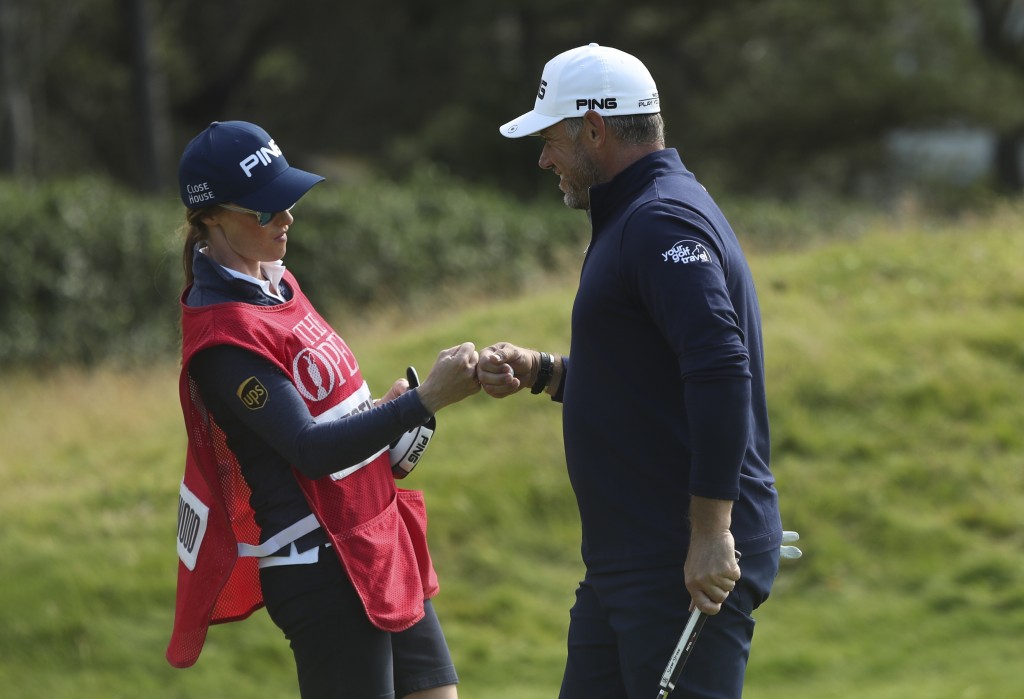 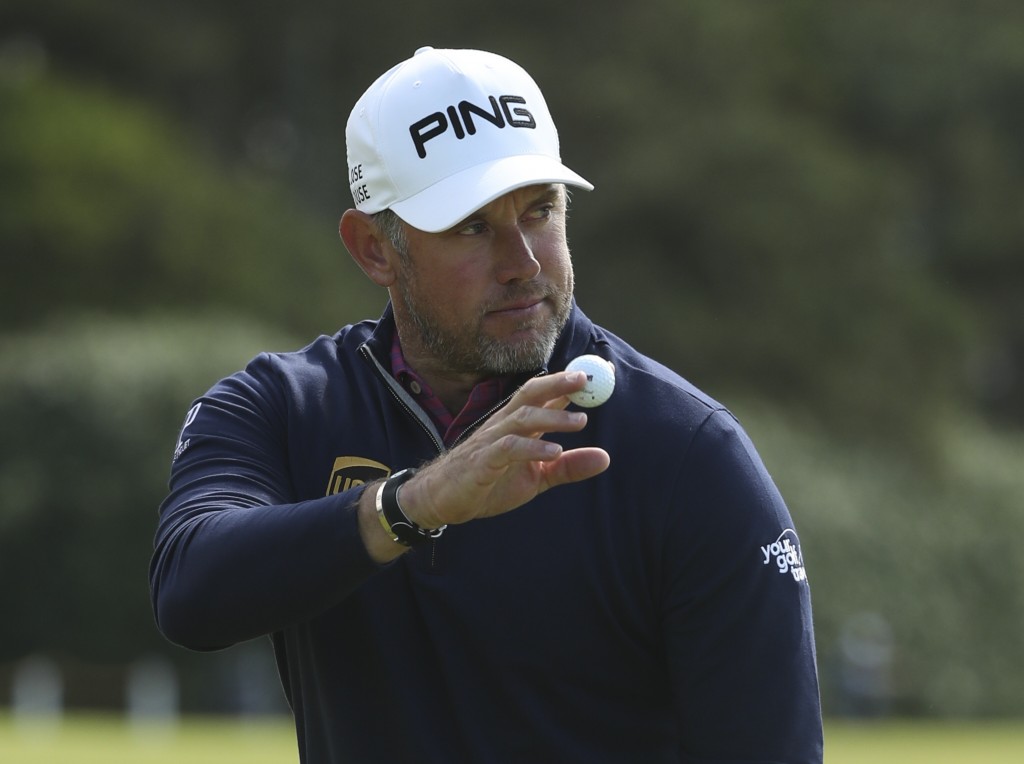 PORTRUSH, Northern Ireland (AP) — Lee Westwood's relaxed approach to the British Open had its ups and downs on Saturday — up to the top of leaderboard on the front nine and down a rabbit hole on the back.

The 46-year-old Englishman, who would be the second-oldest champion at golf's oldest major after Old Tom Morris if he won this week at Royal Portrush, birdied three of the first four holes on the Dunluce Links. With the second birdie, on the par-3 third, he was briefly alone in first place at 9 under.

His trouble started when, at 10 under and just after the turn, he pushed his tee shot right into what was described as a rabbit hole.

"I should really have backed off the shot. I should use my experience," Westwood said of the wayward drive. "I think Shane (Lowry) went in close on 9 and the crowd put me off a little bit. My fault for not resetting."

The drive on the 10th ended up between some mounds of earth covered in think brush. Westwood said his ball embedded into the ground and was unplayable.

"I couldn't have played the shot even it'd been sat on a tee, so I just accepted the penalty and dropped it," said Westwood, opting not to argue with rules officials for a free shot. "I mean, I could have faked it and said I'll hit it left-handed over my shoulder, but you just let your conscience be your guide in situations like that."

Acrobatics discarded, Westwood climbed a small hill, steadied himself and knocked his approach onto the green. He missed his par putt and settled for bogey, dropping him back to 9 under.

He lost another stroke on the par-4 15th and finished his round at 8-under 205 overall, 1 under for the day. That left him eight shots off the lead.

"I hit a lot of good shots after that (bogey on the 10th)," Westwood said. "Unfortunately got between clubs on 15 and didn't clarify in my mind and caught my 9-iron a bit chunky."

With his girlfriend as his caddie, Westwood kept his composure and finished par-par-par. After the last putt, he walked over to his girlfriend and planted a kiss on her lips.

Westwood has been close at majors before, but he's still waiting to be champion.

At Muirfield in 2013, he started the final round with a two-stroke lead and shot 4-over 75 to finish four behind Phil Mickelson. He three-putted the 72nd hole to miss out on a playoff at Turnberry in 2009. At the 2010 Masters, he led after 54 holes.

Westwood has 18 top-10 finishes in his 81 appearances in the majors, and nine in the top three.

With those near-misses far behind him, Westwood said after Friday's round that he didn't care how he fared this week. But he's not giving up either, especially with bad weather forecast for the final round.

"Shane's in the lead. He's a got a big lead, but no lead's big enough when the weather gets bad on a links course and he's going to have an awful lot of pressure on him," Westwood said. "Obviously I'd like to be a bit closer, but still in there with a chance, I think."