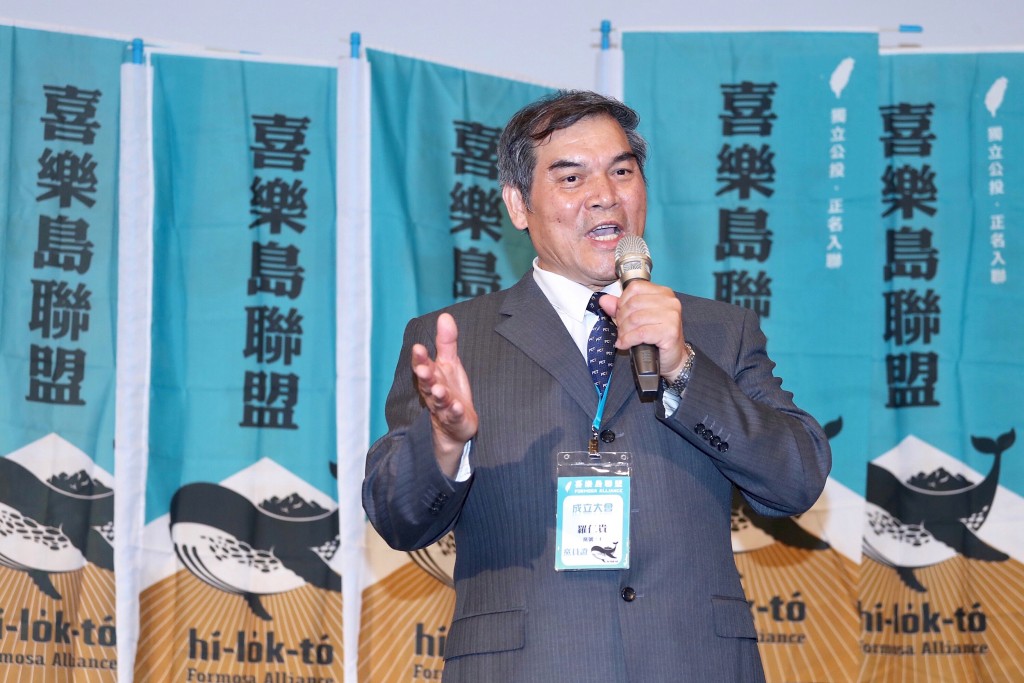 TAIPEI (Taiwan News) – The Formosa Alliance (喜樂島聯盟) officially transformed itself into a political party Saturday (July 20) but said it was not planning to name a candidate for the January 2020 presidential election.

However, on Saturday, the new alliance chairman, former Presbyterian Church in Taiwan leader William Lo (羅仁貴), said the party would name more than 10 candidates for the Legislative Yuan but for the time being no presidential contender, the Central News Agency reported.

He denied media reports that the party was based on rejection of President Tsai’s moderate line toward China, though he added the new group had not yet discussed whether or not to support her re-election bid, according to CNA.

If Tsai succeeded in naming former Premier William Lai (賴清德) as her running mate and they were elected next January 11, it would be a happy occasion for Taiwan, the alliance chairman said.

The Formosa Alliance said its key principles included turning Taiwan into a normal country with Taiwan as its official name, oppose annexation by China, draw up a new constitution, and use the name Taiwan to join the United Nations.

The party’s aim was not to break up the pro-independence camp and to become a “little green party,” but to serve as an “even greener party” offering an alternative choice for voters eager to support Taiwan but dissatisfied with Tsai’s Democratic Progressive Party, Lo said.