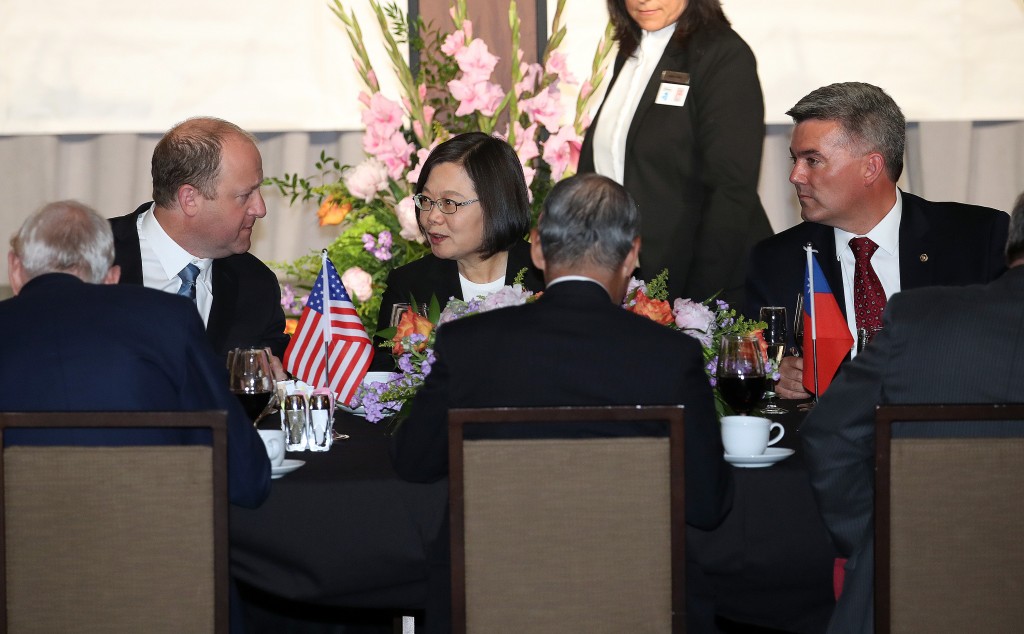 TAIPEI (Taiwan News) – During her stopover in Denver on her way back from a Caribbean tour, President Tsai Ing-wen (蔡英文) expressed her support for Hong Kong democracy activists during meetings with the governor and with a key senator from Colorado.

On Friday (July 19), she arrived in Denver on the final stage of her overseas tour, dubbed a “Journey of Freedom, Democracy and Sustainability.”

The president called for more support from the international community for the democracy activists in Hong Kong during a meeting with Cory Gardner, the Colorado Republican who heads the Senate Foreign Relations Subcommittee on East Asia and the Pacific, the Central News Agency reported.

The Senator also participated in a closed-door meeting between Tsai and Colorado’s Democrat Governor, Jared Polis.

The United States and Taiwan shared the same democratic values, so they should cooperate more closely on the Hong Kong issue, the president said.

In a separate meeting, Senator Gardner said Taiwan could become a model in how to deal with “fake news” if it found effective measures during the run-up to the January 2020 presidential elections.

During his talks with Tsai, Governor Polis explained measures taken by his administration to promote recycling and environmental and economic sustainability while also hoping the current number of 200 Taiwanese students in his state could increase, CNA reported.