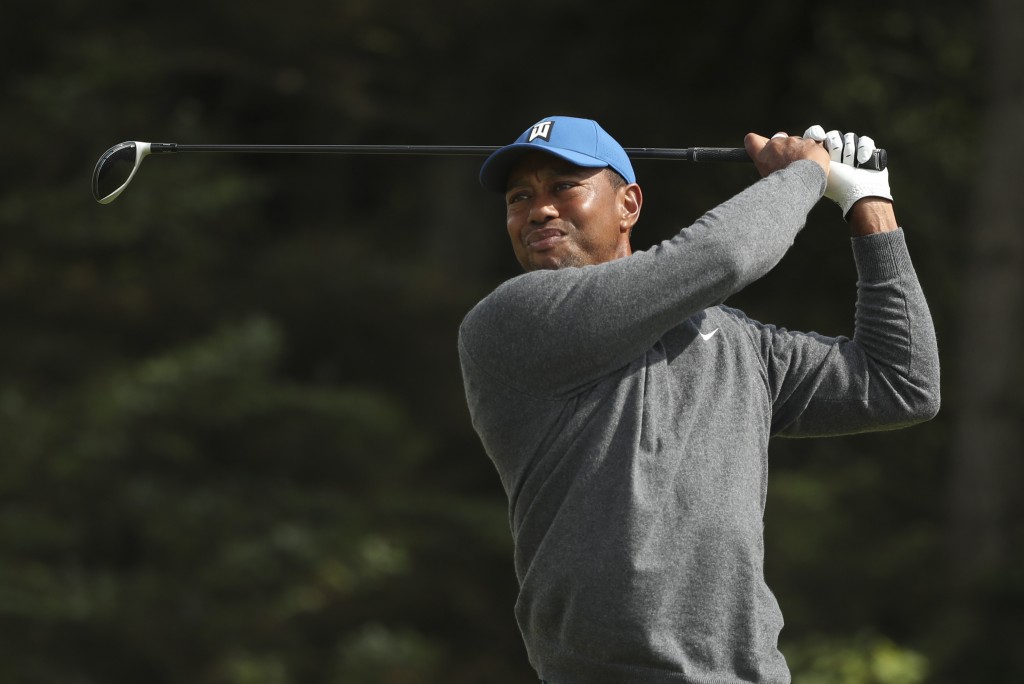 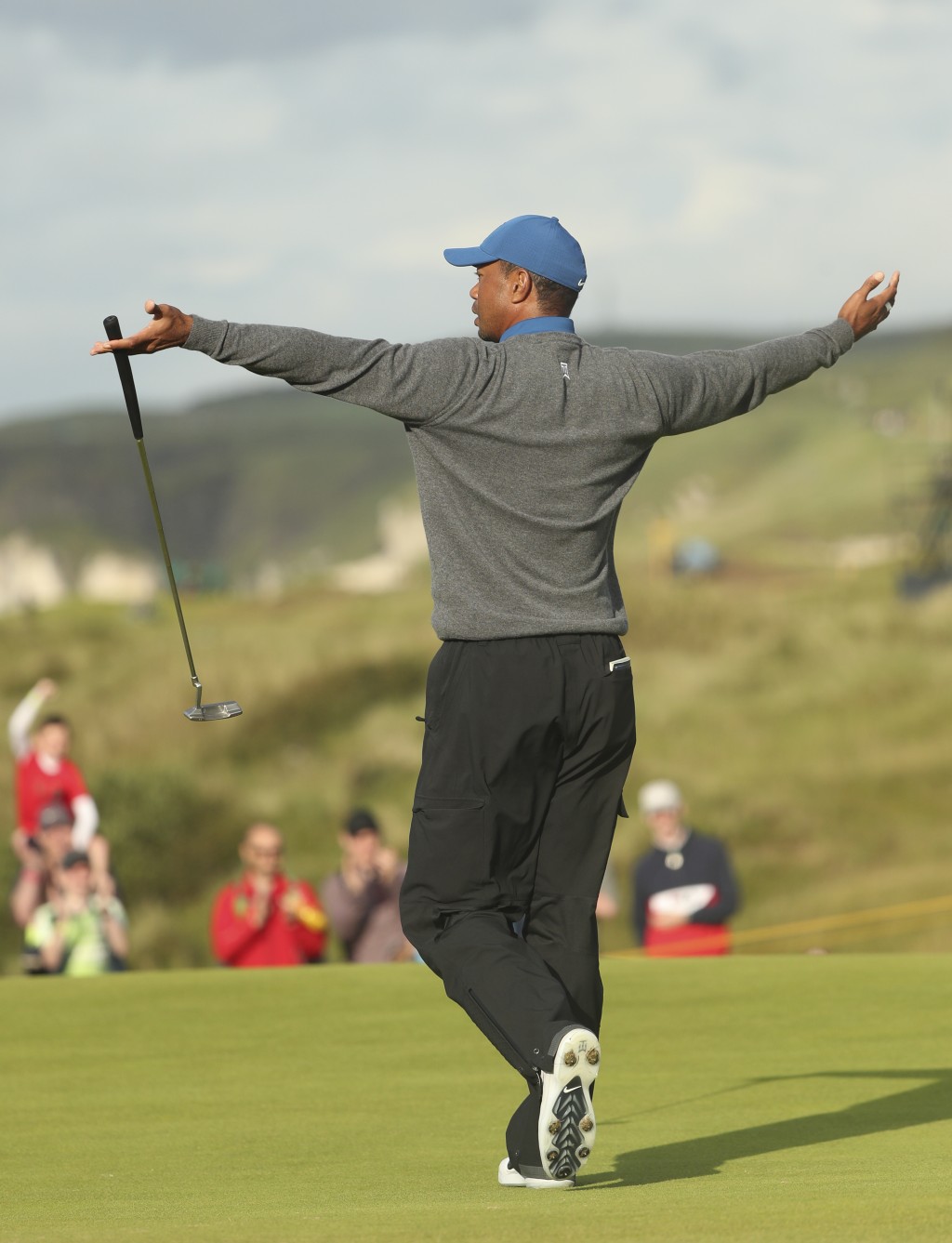 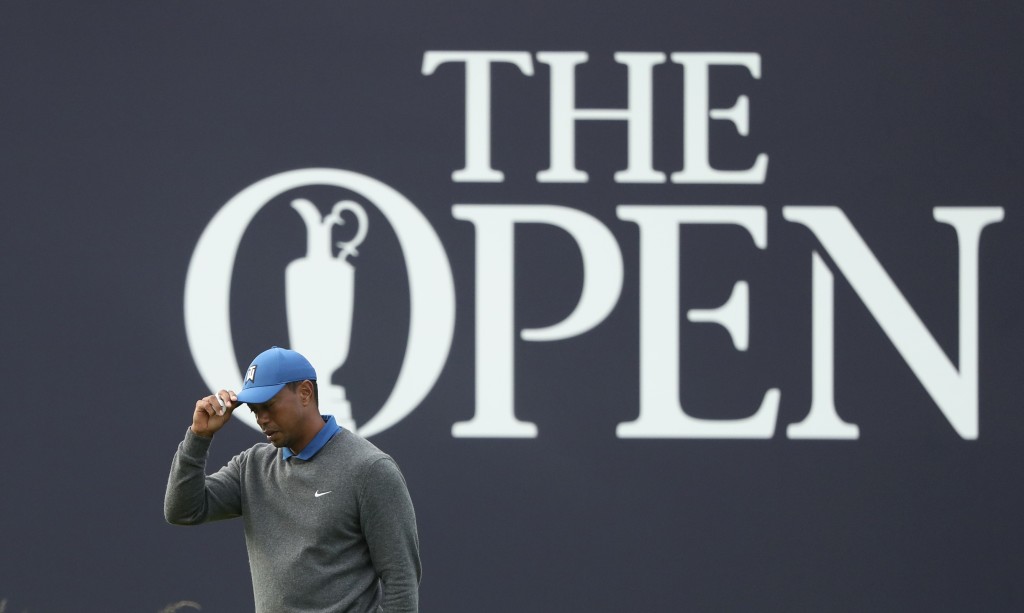 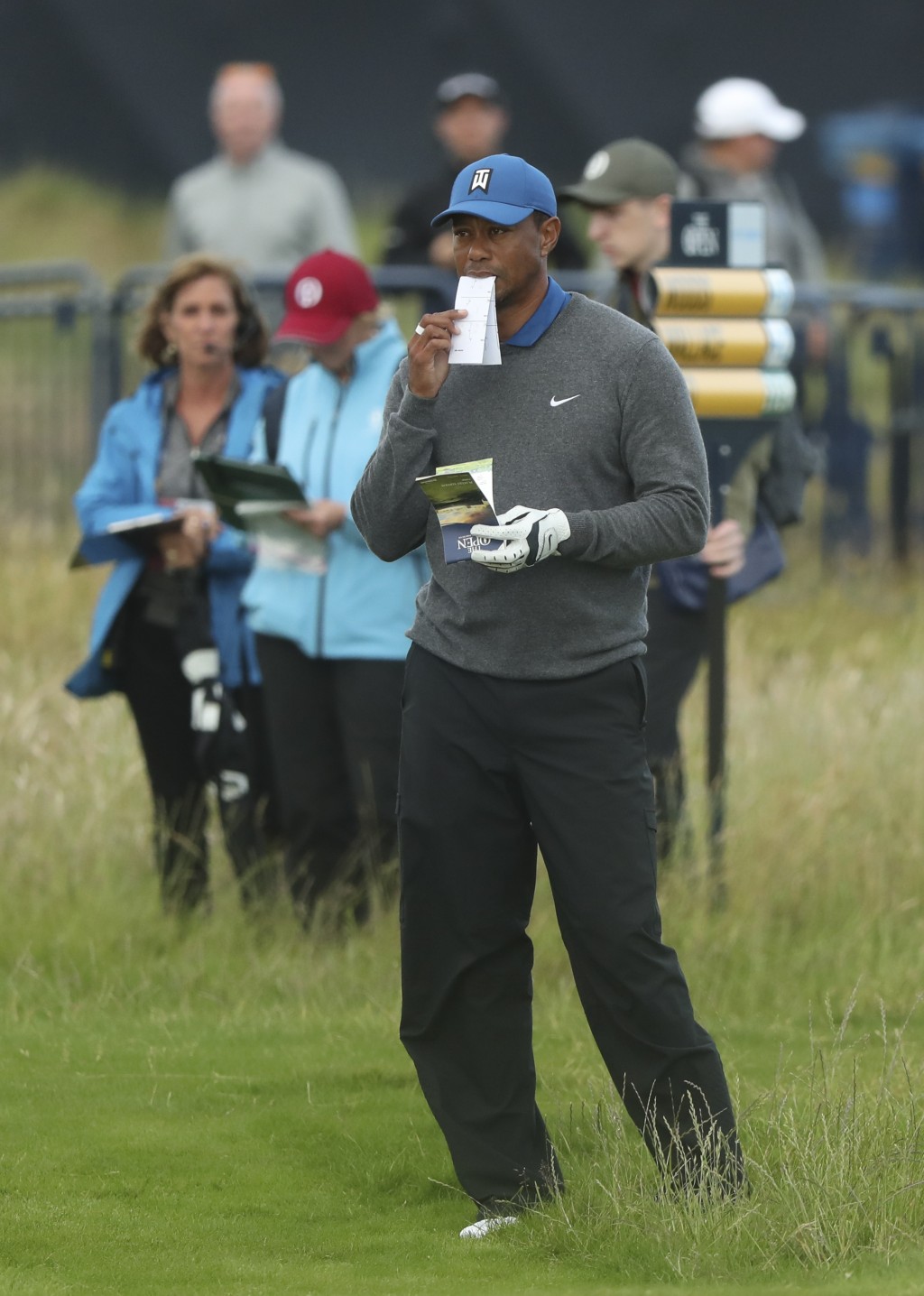 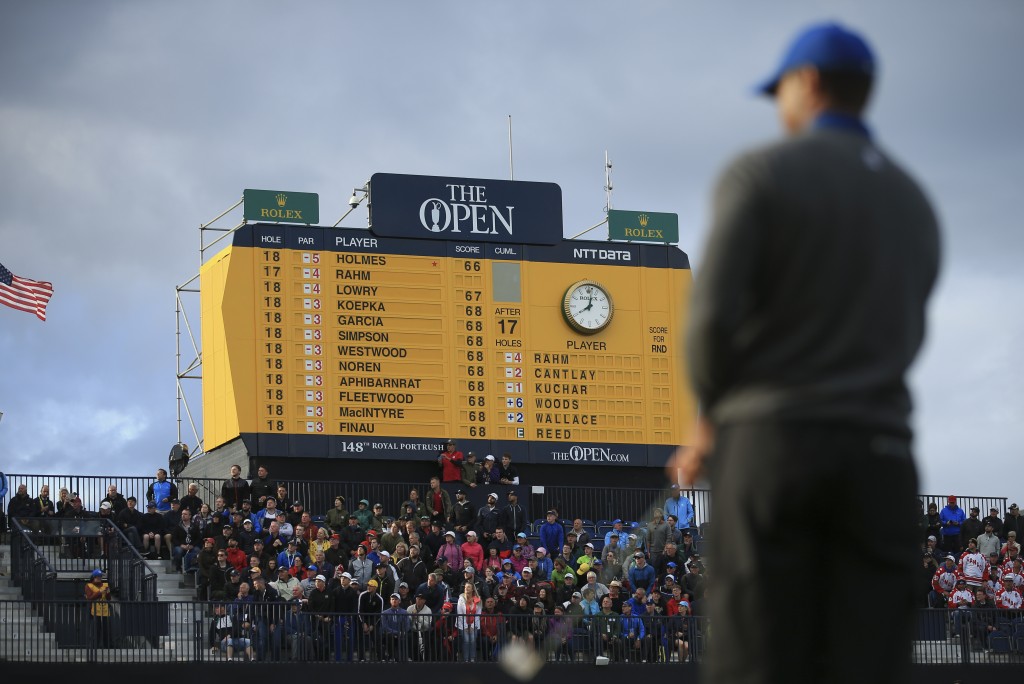 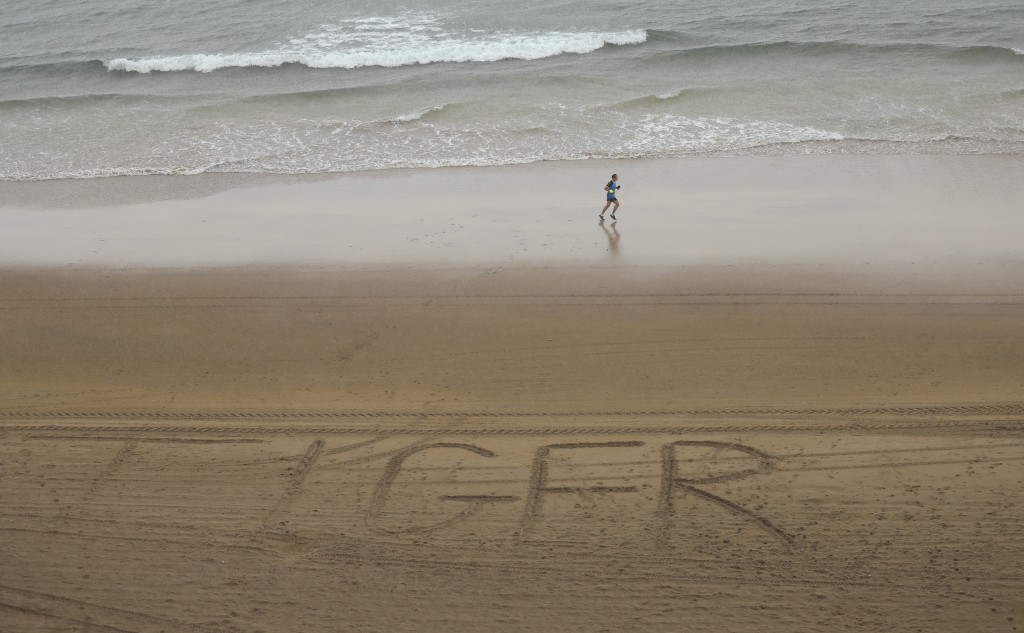 PORTRUSH, Northern Ireland (AP) — The excitement that always surrounds Tiger Woods even brought out the hired help near the fourth hole at Royal Portrush.

They couldn't help his sore back, or his soaring score at the British Open.

The Masters champion, a three-time winner on the links courses of the only major in Europe, shot a 7-over 78 on Thursday, his highest first-round score at the tournament and second highest opening at any of the four biggest events in golf.

"I hit a lot of missed shots. They were all left," said Woods, wearing black rain pants and a gray sweater on a day of wet and windy weather. "Wasn't hitting it solid. Everything was off the heel."

Woods started the day with the usual cheers and howls as he stepped up on the first tee. They followed him through an opening shot that went left, but he ended up safely making par. A kid in a tiger suit onesie smiled broadly as Woods headed for the second tee.

The shouts and screams followed the 15-time major winner for the next few holes as Woods held it together, even saving par out of a bunker on No. 2.

Then came No. 4, a long par 4 along the right side of the course heading toward the North Atlantic coast. On the right is out of bounds, where there sits a private home that was ever ready for the day's proceedings. About 50 people stood by the yellow rope marking the course, watching as Woods made his way toward his ball.

From the house ran a young woman wearing a uniform and an apron, excitedly jumping up and down with her phone at the ready to snap some shots.

Woods obliged with a fourth straight par, but it was the last for quite some time.

With his back always an issue following four surgeries over three years to 2017, Woods' score began to balloon. A bogey on the fifth was followed by a double bogey on the sixth. Then another bogey.

He racked up six extra shots over those next six holes, getting only one par along the way.

"I'm just not moving as well as I'd like. And unfortunately, you've got to be able to move, and especially under these conditions, shape the golf ball. And I didn't do it," Woods said. "I didn't shape the golf ball at all. Everything was left-to-right. And wasn't hitting very solidly."

His only birdie came on No. 15. Woods celebrated by holding out both arms to receive the applause of the crowd, then licked his index finger and raised his arm.

But that birdie was also his last.

Woods came into the British Open knowing he wasn't 100 percent healthy, and knowing he never may be again. He even joked ahead of the tournament that his aches and pains are so common now they are the new normal.

Because of that, he has been playing less on the tour. He hasn't competed since June 16 at the U.S. Open, and has only 10 rounds under his belt since his victory in the Masters.

"Just Father Time and some procedures I've had over the time. Just the way it's going to be," Woods said. "One of the reasons why I'm playing less tournaments this year is that I can hopefully prolong my career, and be out here for a little bit longer."

After a 78, he might have only one more day to play in Northern Ireland. Only seven players were behind him on the leaderboard, including favorite Rory McIlroy.

"I have to be realistic about my expectations and hopefully peaking at the right time," Woods said. "I peaked at Augusta well. And hopefully I can peak a few more times this year."