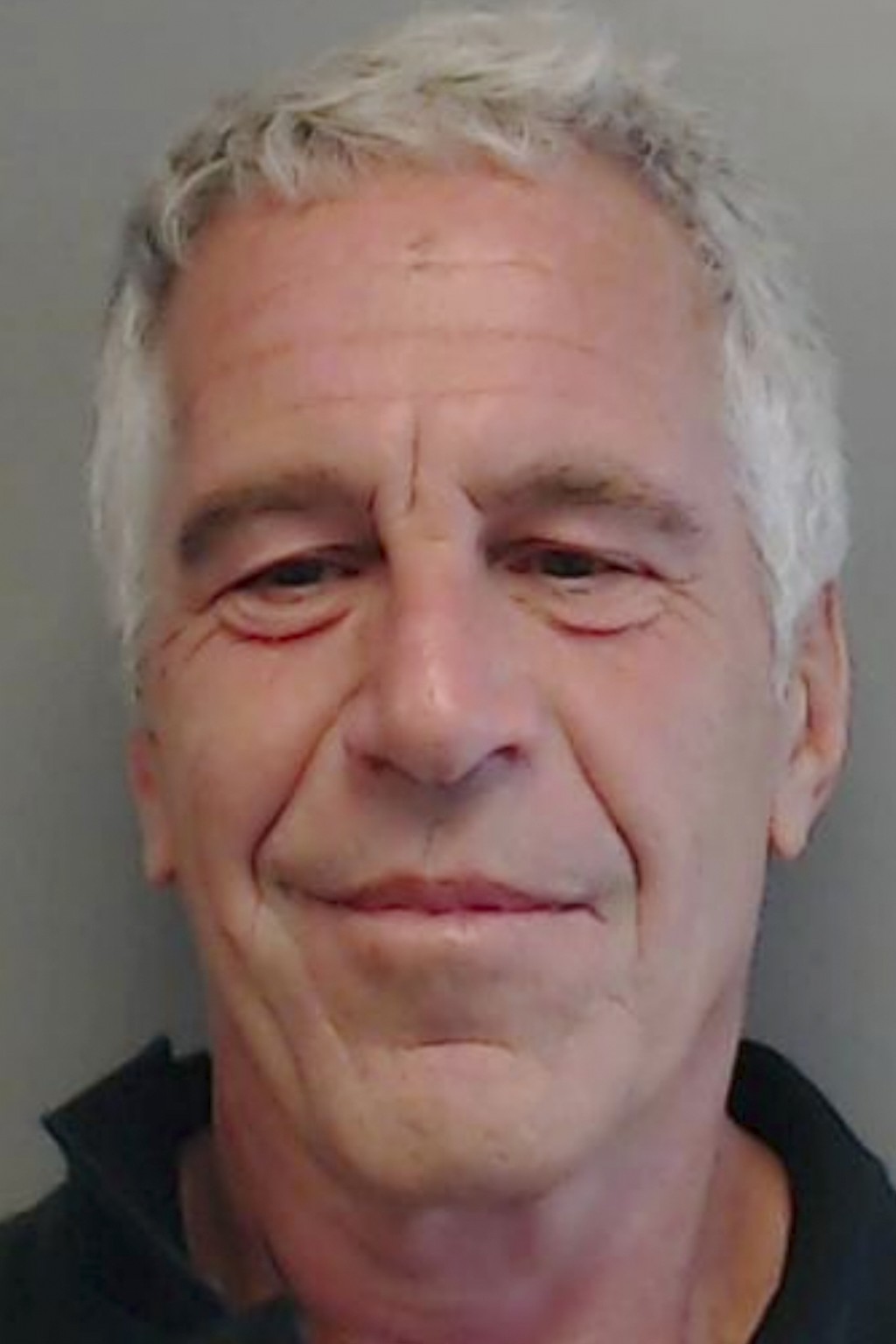 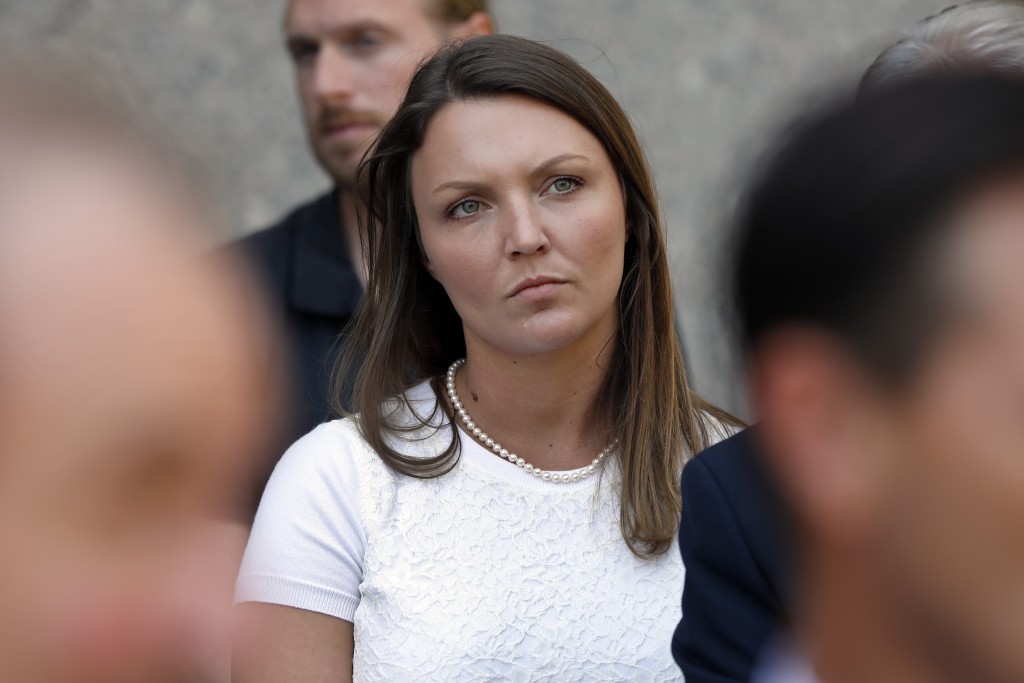 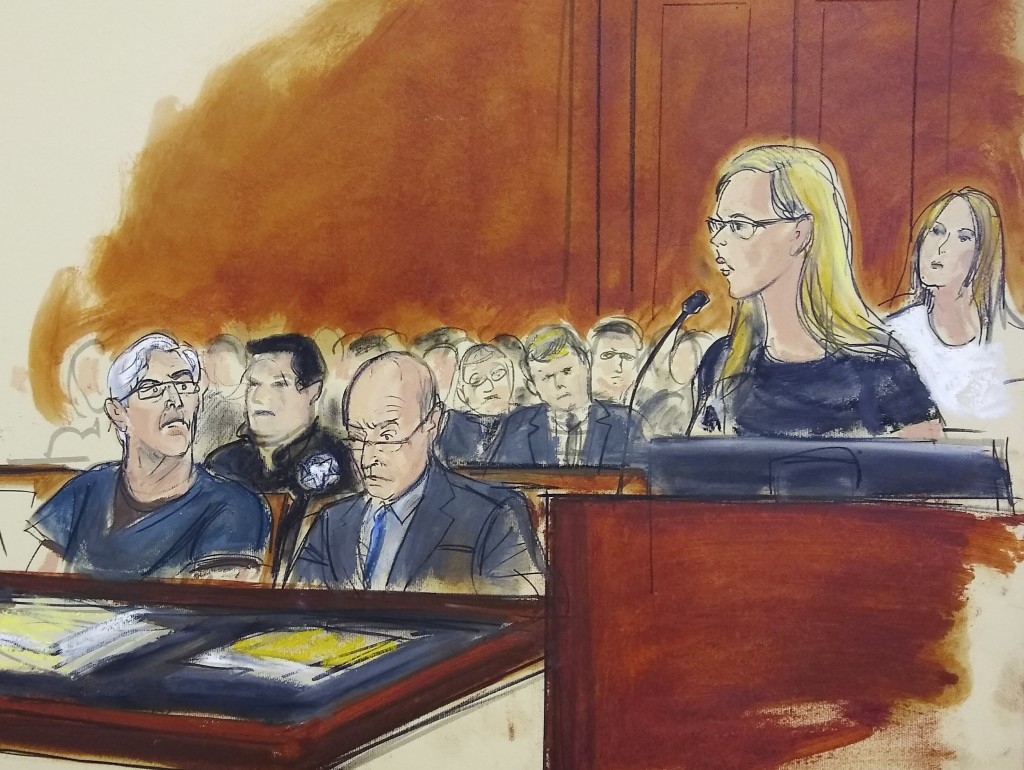 NEW YORK (AP) — The Latest on the sex trafficking charges against Jeffrey Epstein (all times local):

Lawyers for financier Jeffrey Epstein say a friend gave him the fake passport found in his locked safe during a raid on his Manhattan mansion for protection.

His defense lawyers told a federal judge Thursday more details about the passport ahead of Epstein's bail hearing on sex trafficking charges.

They say a friend gave it to him in the 1980s after some Jewish-Americans were informally advised to carry identification bearing a non-Jewish name when traveling internationally during a period when hijackings were more common.

His lawyers say he never used it and the passport stamps predated his receipt of the document.

Prosecutors dispute the claim that it's never been used. They say the Austrian passport contains stamps reflecting it was used to enter France, Spain, the United Kingdom and Saudi Arabia in the 1980s.

A federal judge in New York is set to announce Thursday whether to grant bail to financier Jeffrey Epstein while he awaits trial on sex trafficking charges.

Federal prosecutors argued Epstein should remain jailed while he fights charges that he exploited dozens of girls in New York and Florida in the early 2000s. They say he has the means to flee and is a flight risk.

The defense says he should be allowed to await trial under house arrest with electronic monitoring at his $77 million Manhattan mansion. They say he won't run and would be willing to pledge a fortune of at least $559 million as collateral.

At a hearing Monday, Assistant U.S. Attorney Alex Rossmiller said the government's case against Epstein is "getting stronger every single day" as more women contact authorities to say he sexually abused them when they were minors.

One of his accusers who said she was sexually abused by Epstein when she was 14 in Palm Beach, Florida, pleaded with the judge to keep him jailed.

"He's a scary person to have walking the streets," Courtney Wild said during the Monday hearing.

Rossmiller said the government learned earlier this week that a raid of Epstein's mansion following his July 6 arrest turned up "piles of cash, dozens of diamonds" and a passport with a picture of the defendant but a name other than his in a locked safe.

In a court filing Wednesday, prosecutors disputed a claim by defense lawyers that there was no evidence he'd ever used it, saying the Austrian passport contained stamps reflecting it was used to enter France, Spain, the United Kingdom and Saudi Arabia in the 1980s.

On Thursday morning, defense lawyers told Berman that Epstein was given the passport by a friend after some Jewish-Americans were informally advised to carry identification bearing a non-Jewish name when traveling internationally during a period when hijackings were more common.

They said he never used it and the passport stamps predated his receipt of the document.

"He is a life-long American citizen. He has no other citizenship or legal permanent residency," the lawyers wrote.

On Tuesday, defense lawyers told the judge in another court filing that Epstein obtained the document out of fear that "as an affluent member of the Jewish faith" he might be kidnapped in the Middle East.

Prosecutors have also argued Epstein was a risk of trying to influence witnesses after it was discovered he had paid a total of $350,000 to two people, including a former employee, in the last year. That came after the Miami Herald reported the circumstances of his state court conviction in 2008, which led to a 13-month jail term and a plea deal that allowed him to avoid a federal prosecution.

Lawyers for Epstein said their client has stayed clean since pleading guilty to soliciting a minor for prostitution charges in Florida in 2008 and that the federal government is reneging on the plea deal.