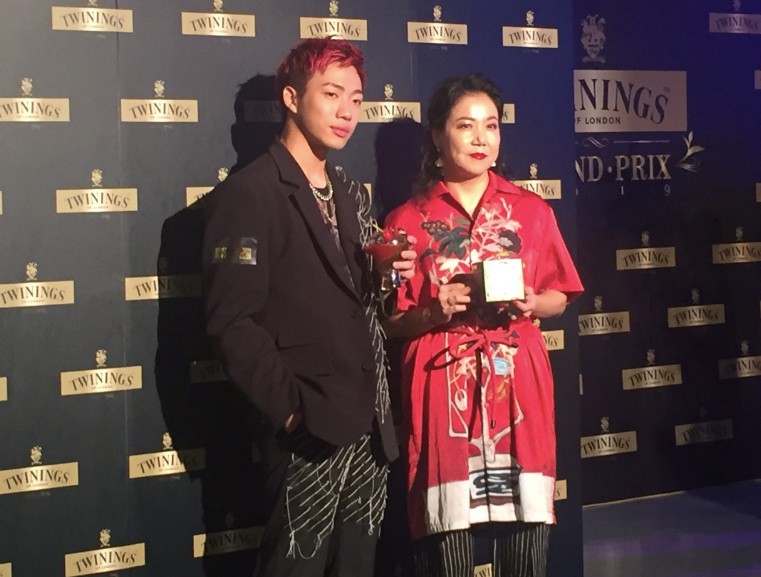 Twinings Grand Prix 2019 presented a London Fashion Week-themed showcase of 10 creative mixed tea beverages. The candidates came from bars, hotels, and restaurants in Taipei, with first prize going to the best combination of ingredients from Taiwan and the United Kingdom.

Parker said he was excited by the innovative drinks that combined the cultures of the U.K. and Taiwan. He said that though successful enterprises make a profit, it was also important to be socially responsible – like the drinks makers at Twinings Grand Prix.

First prize went to Jung Guan-wei (xxxx), who combined his love of art, tattoos and tea. The win means that Jung has the opportunity to visit Twinings’ headquarters in London and meet up with the company’s 10th-generation heir Stephen Twinings.

In addition, the young and talented musician, ØZI, performed his most famous song, “BO,” at the event. Twinings created a special drink for the occasion called Twinings Paradise, which had fresh strawberries.

ØZI said he loved the fresh strawberries and the strawberry tea jelly was “tasty.”

He was also asked by journalists about his rumored love interest, Angelina. ØZI said she was a work colleague not his girlfriend, and musical tastes were important when it came to picking the right girl.