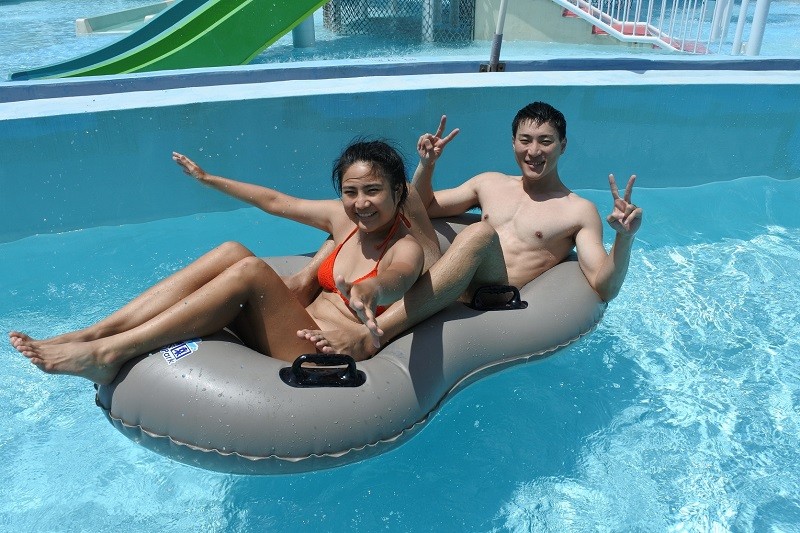 TAIPEI (Taiwan News) – Have you ever been offered a discount that was so phat you were embarrassed to take it?

Leofoo Water Park (六福水樂園) has recently rolled out its “potbelly discount,” offering anyone with a “Buddha belly” a one-day ticket for NT$199 (regular price is NT$599 per adult).

Since the unprecedented offer was posted on Leofoo Village’s Facebook page (六福村主題遊樂園) it has garnered more than 4,000 likes and shares, as well as 12,000 comments discussing the controversial offer. Due to the odd nature of the discount some peculiar dramas have played out in front of the ticket booth.

A theme park staff member said if a family arrived at the water park, the father figure would typically show off his Buddha belly without any hesitation or embarrassment. If the visitors were a group of young people, however, the men would adamantly deny they had beer bellies even though the ticket clerk reminded them of the fat discount this would bring.

When young couples visited, according to the theme park staff member, while the girlfriend would often insist her significant other had a big belly, the boyfriend would suck it up, in a vain attempt to show a clean set of abs.

The NT$199 potbelly discount is still good for the coming weekend on Saturday (July 20) and Sunday. Also, the discount may be extended to a later date and the public should check the theme park’s Facebook account for updates.