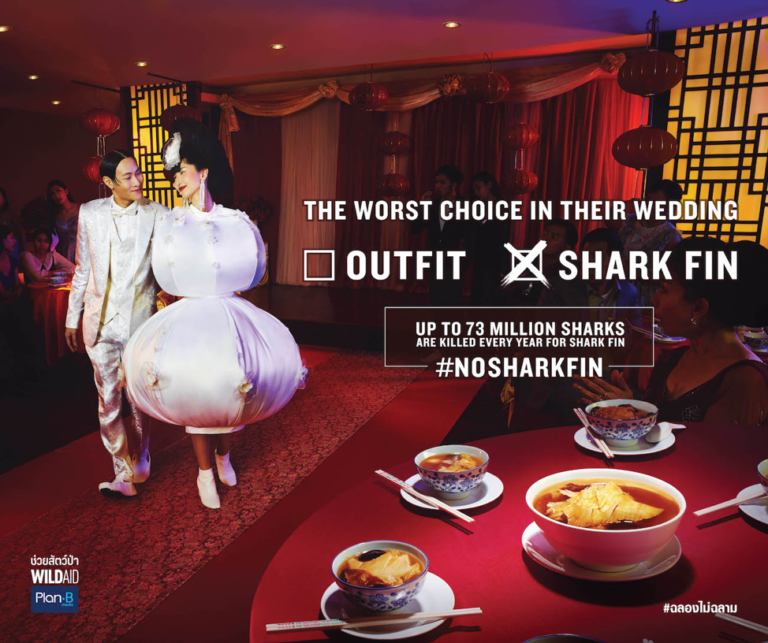 In honor of Shark Awareness Day, international conservation organization WildAid and Plan B Media PCL, one of Thailand's leading outdoor media service providers, urge the public to stop serving and consuming shark fin. The advertisements, placed on Plan B's media platforms in prominent locations around Bangkok, feature wedding couples dressed in controversial outfits suggesting that their fashion statement was not the“worst choice”they made but rather their decision to include shark fin on the menu.

The campaign builds on WildAid's“Celebrate with #NoSharkFin”initiative calling on the public to forgo shark fin at weddings and celebratory events. According to WildAid's survey findings, 57% urban Thais have eaten shark fin and, even more alarmingly, 61% plan to consume it again in the future. Survey respondents said they consumed shark fin most often at weddings (72%), family meals at restaurants (61%) and business meetings (47%).

The shark fin trade is depleting shark populations, putting many species at risk of extinction, while also causing environmental degradation and fisheries collapse. An estimated 100 million sharks are killed every year and fins from up to 73 million end up in shark fin soup. Thailand is home to an active domestic market for shark fins, with many consumers unaware of the cruel practice of“finning”behind each bowl of shark fin soup: a shark's fins are often cut off at sea and the shark is thrown back into the water to suffer and die slowly.

“We are proud to support WildAid in its fight to help protect sharks,”said Palin Lojanagosin, Chief Executive Officer, Plan B Media PCL.“Plan B media is deeply concerned by the depletion of shark populations worldwide and the widespread consumption of shark fin in Thailand. This partnership aligns with our organization's values and together with the strength of our out-of-home media platforms and hard-hitting campaign messages from WildAid, we are confident that our efforts can have an impact in ending consumer consumption behaviors that threaten the health of our oceans.”

Plan B Media PCL has consistently showcased its commitment to social responsibility by sharing their media platforms with non-profit organizations to deliver messages concerning societal and environmental issues. This partnership serves to help improve the ocean's ecosystem by ending threats sharks face from consumption of their fins.

“WildAid's partnership with Plan B is instrumental in bringing this urgent crisis to light and helping to save sharks by promoting the message of #NoSharkFin,”said John Baker, Chief Program Officer at WildAid.“Thanks to their support, we can push for a newly accepted standard where sharks are permanently off the menu.”

The creative concept for the“Worst Choice”advertisement series was developed pro bono for WildAid by BBDO Bangkok, Thailand's leading creative and advertising agency. Apart from outdoor media, these advertisements will also be widely distributed on social media platforms and other online platforms. 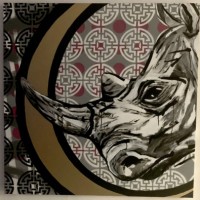