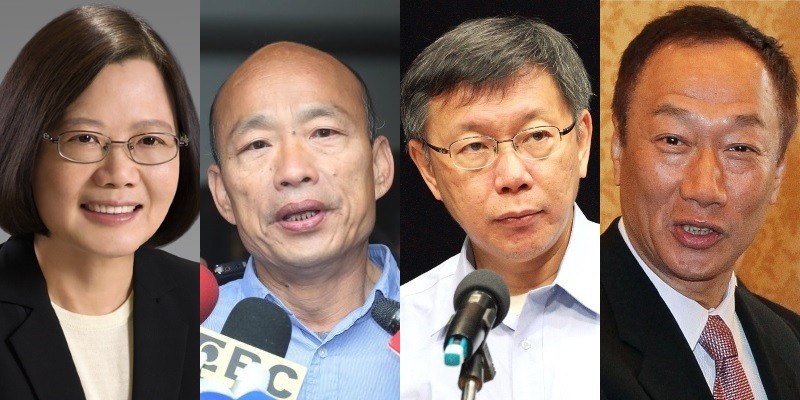 So, the stage is now set for what could well be the most significant election in Taiwan’s short democratic history.

Han swept to a convincing victory in the recent KMT primary earlier this week. He secured 45 percent of the vote and defeated former Foxconn chairman Terry Gou (郭台銘), who finished a distant second with 28%.

As with the DPP primary, the KMT primary was not without controversy. Rumors of DPP interference continue to swirl. The truth is that a Han victory is probably exactly what the DPP wanted.

Why Han is perfect for the DPP

As Chairman of Foxconn, Gou was a major player in Taiwanese affairs for years. There were also strong suggestions that he was the preferred candidate of the Chinese Communist Party (CCP). A candidate of his gravitas and stature would undoubtedly have posed a major threat to Tsai’s chances of victory, especially with illicit CCP backing.

Han, on the other hand, is seeing his reputation slide rapidly. After riding to victory in last year’s Kaohsiung mayoral election on a wave of false rhetoric and empty promises, he has rapidly been found out since taking office.

According to some, you could count the number of achievements he has delivered in his six months of mayor on no hands. Quite the opposite, in fact! He has cut out a swathe of public services and events, pushed the city’s debts through the roof, and spent his entire term of office blaming the central government for not giving him more money.

He doesn’t even spend that much time in the city. For the last few months, he has mostly been found campaigning around Taiwan for the KMT nomination or gallivanting overseas, where he has signed a handful of minor trade deals and managed a little light treason in the form of unauthorized meetings with CCP officials.

The people of Kaohsiung are already sick of him. For the first time in Taiwanese history, a recall petition to remove the mayor from office is underway. At the time of writing, it has secured more than 130,000 signatures and is well on the way to forcing a fresh election.

Han’s mask has well and truly slipped, and he is unlikely to be able to attract much support beyond his naïve and elderly supporter base, which continues to believe the propaganda they are spoon-fed over social media rather than Han’s critics and the stark reality of life in Han’s Kaohsiung.

For the DPP, it is a perfect result. They now have another six months to highlight Han’s failings and watch him put his foot in it before the election.

But things could get even better.

Could the KMT vote be split three ways?

Having lost the KMT primary, there is now already talk that Terry Gou might decide to run as an independent candidate.

It would be understandable if he believes that he is a more capable and credible candidate than Han. He also believes that divine forces are on his side, having previously claimed that the Goddess Matsu had urged him to run for President. If he has the backing of the CCP too, he has three strong reasons to run.

But if he does choose to run, the most likely result will be a split of the KMT vote. Some KMT supporters will still buy into the myth of Han; others will prefer the experience of Gou.

With neither Han nor Gou likely to attract many DPP voters, not least because of their outspoken pro-Chinese views, the result would almost certainly be a victory for Tsai.

But there is another uncertainty that could be thrown into the mix. Taipei City Mayor Ko Wen-je (柯文哲) has also suggested that he might run as an independent candidate.

Ko’s political journey has been a curious one. After the DPP unofficially backed him in his first run for Taipei mayor, his position on national issues, particularly regarding relations with China, has shifted more and more to KMT’s side of the argument during his time in office.

If Ko does decide to run, he may attract some DPP voters away from Tsai. But given his current pro-KMT leaning, this is unlikely to be a significant number.

However, it does seem likely that he would draw some KMT voters to his cause too.

The future is looking brighter for Tsai

It is six months out from the election and things are looking far rosier for Tsai Ing-wen and the DPP than they could possibly have imagined after their darkest hour in the 9-in-1 elections last November.

The KMT has selected an incompetent candidate whose popularity is nosediving and whose significant failings are being regularly exposed in Kaohsiung.

There is also a distinct possibility that no fewer than three KMT-leaning candidates could end up running for President next year, dividing their supporters and leaving a clear path for Tsai to win a second term.

Now is not the time for complacency. There is still a lot of work to do to expose the KMT and their CCP puppet-masters to the Taiwanese electorate. Tsai’s personal popularity is still low and much needs to be done to convince many in her own party, never mind beyond it, to back her again.

But now is the time for unity and strength. The DPP must now muster their forces behind Tsai-Ing-wen and battle hard to win the next election. The danger has not yet been averted. The signs are positive, but the battle for the future of Taiwan is not yet won.