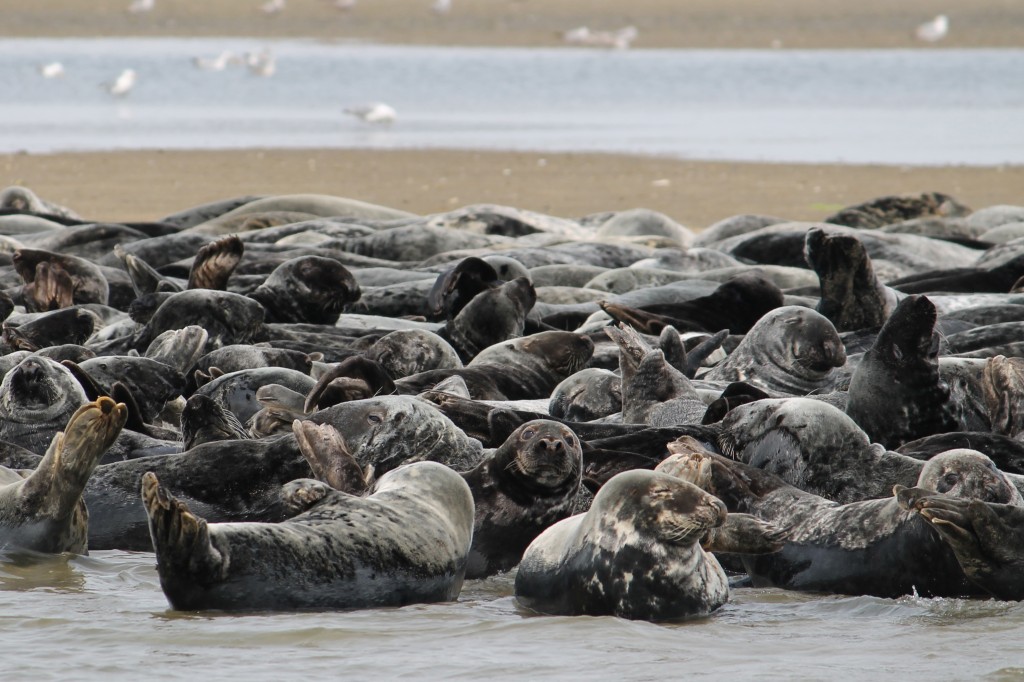 Peter Howell, a founder of the Seal Action Committee, says the Nantucket-based group wants Congress to amend the federal Marine Mammal Protection Act so that seals and other species can be removed from the law's list of protected animals if their populations have sufficiently rebounded.

"We're not anti-seal. We're not trying to eliminate them. We're just trying to manage them in the interest of the larger ecosystem," he said Wednesday as the group spoke before the Barnstable County Commissioners, which oversees Cape Cod's regional government. "It's inconsistent to protect a species in perpetuity without regard to population size."

The call comes as the region's seal population — estimated in the hundreds of thousands — has been blamed for drawing droves of great white sharks in recent years. Seals are the favored meal for the powerful predators.

Cape Cod had two shark attacks on humans last summer, including the state's first fatal one in more than 80 years.

But amending the federal law could be a longshot since the idea doesn't appear to have strong support among members of Cape Cod's congressional delegation, said Commission Chair Ronald Bergstrom.

The Marine Mammal Protection Act also already allows states to assume the responsibility for conservation and management of a species once it reaches its "optimum sustainable population," said Sharon Young, the marine issues field director for the Humane Society of the United States.

States like Washington have taken advantage of that provision to reduce their sea lion populations, but addressing Cape Cod's seals could be more challenging, she said.

Bergstrom said local officials should be focused on practical solutions that can be rolled out sooner than later.

The commission also heard Wednesday from a Boston company offering a free, three-month pilot of an outdoor speaker system officials can use to order people out of the waters in the event a shark is spotted.

Prior to the start of this beach season, Cape Cod towns invested in emergency call boxes, improved beach medical kits and other equipment to improve their response in the event of another attack.