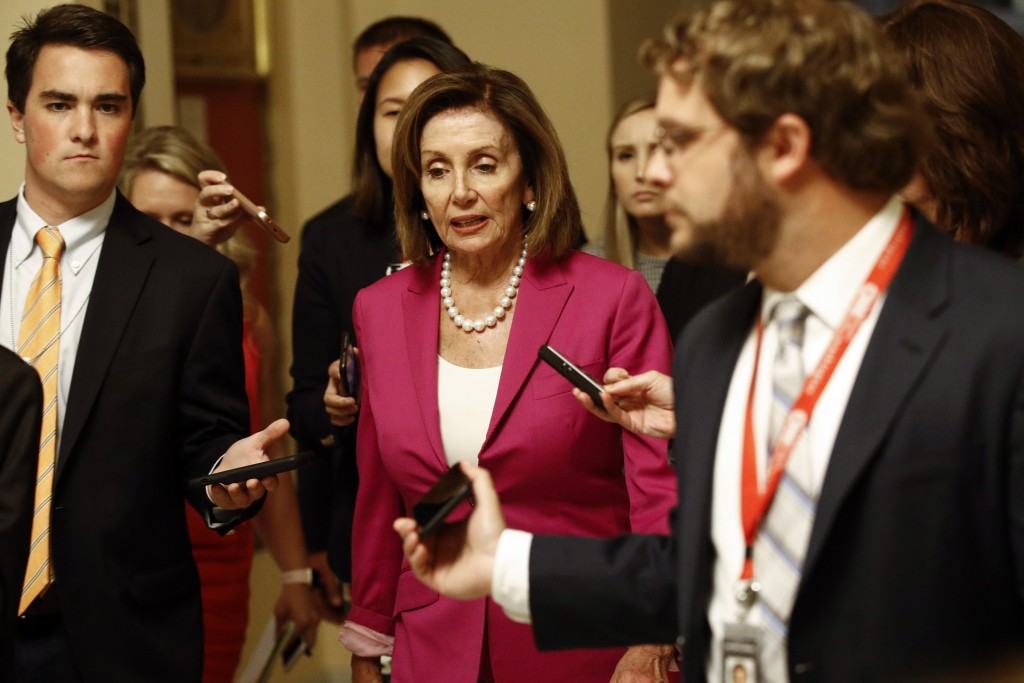 Texas Rep. Al Green's resolution cites Trump's "racist" words this week urging Democratic congresswomen of color to go back to their native countries. And he says Trump is unfit to be president.

Pelosi and other party leaders worry that the vote needlessly forces vulnerable swing-district lawmakers to cast a perilous and divisive vote. Even if the House voted to impeach Trump now, the Republican-run Senate would be certain to acquit him.

Pelosi tells reporters about Green's resolution, "We'll get rid of all this right now."

Green's measure also risks widening the rift between liberal Democrats itching to oust Trump and Pelosi and others who want to first build stronger public support.