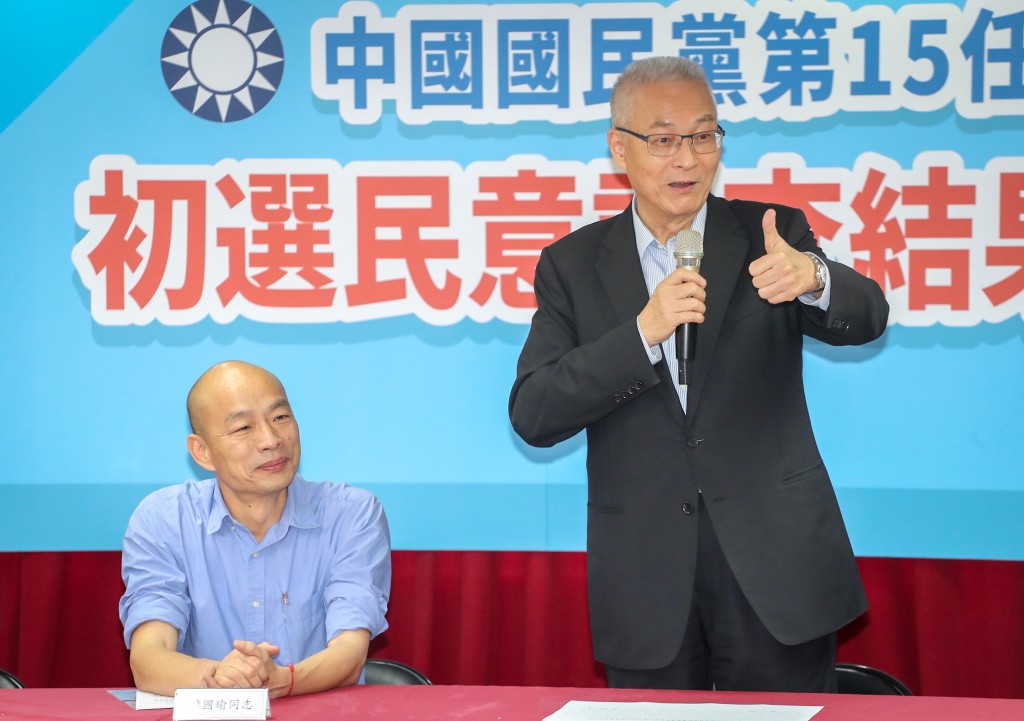 The change means that incumbent Chairman Wu Den-yih (吳敦義) can continue as leader, even if KMT presidential candidate Han Kuo-yu (韓國瑜) wins next January’s election and is sworn in as president on May 20, 2020.

The move was reportedly the result of a certain level of unease with Han, the outspoken mayor of Kaohsiung. As he has only governed the country’s second-largest city since last December, critics have said he might lack the necessary experience to serve as president. A steady hand at the leadership of the KMT would help stabilize the government, according to commentators.

In a sarcastic response to the KMT decision, ruling Democratic Progressive Party (DPP) Chairman Cho Jung-tai (卓榮泰) said the opposition need not worry, since it was unlikely to happen that its candidate would win the presidential election, the Central News Agency reported.

At the same meeting where the KMT changed its rules Wednesday, it also approved the selection of Han as the party’s presidential candidate. Both measures still need a green light from a party congress scheduled for July 28.

Incumbent President Tsai Ing-wen (蔡英文) has already been nominated as the DPP candidate, while Taipei City Mayor Ko Wen-je (柯文哲) is still mulling a bid as an independent, with a decision likely next month.

Foxconn Technology founder Terry Gou (郭台銘), who lost the KMT primary to Han by a margin of 17 percent, has also been mentioned in the media as considering an independent bid or cooperation with Ko. Following his defeat, Gou reportedly left for a holiday with his wife in Japan.