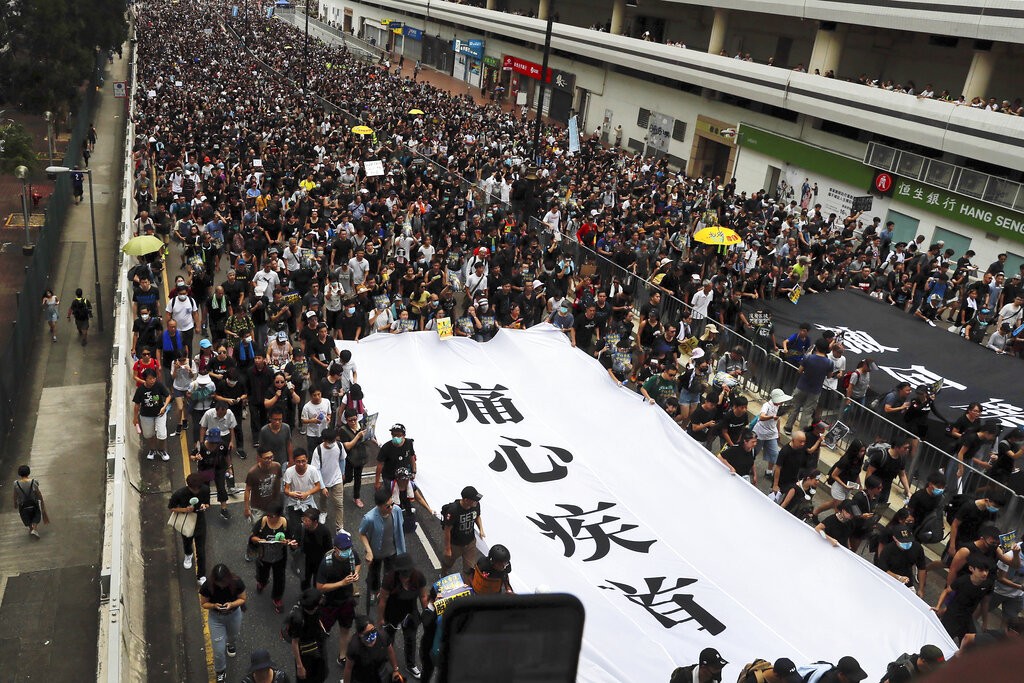 TAIPEI (Taiwan News) – Hong Kong protesters were collectively chosen by TIME as one of its 25 most influential people on the internet on Tuesday (July 16).

TIME points out that, while the movement to protect Hong Kong’s freedom is “leaderless by design,” protesters have spontaneously organized demonstration activities, from marching past foreign consulates to besieging police headquarters, through the online forum LIHKG (連登) and encrypted messaging app Telegram.

An administrator for one of the protesters’ Telegram groups told TIME that the internet almost enables the realization of “direct democracy.” Similarly, on LIHKG, threads that suggest a course of action preferred by other protesters can be upvoted.

Telegram’s voting function facilitates the immediate communication of protestors' opinions, and its announcement function can spread information in the blink of an eye without interference by trash messages. By using these tools, protesters manage to coordinate a massive number of people, who can instantly and collectively react to breaking events, alter their strategy, or retreat to safety.

“We believe in the power of people because when we are a collection of minds, we must be able to make better decisions than maybe just a group of students or leaders,” pro-democratic activist Ventus Lau Wing-hong (劉頴匡) told TIME.

This is the fifth year that TIME has made an unranked list of the 25 most influential people on the internet. Other people or groups that made it onto the list include U.S. President Donald Trump, Prince Harry and Meghan Markle, South Korean boy band BTS, and the school climate strikers led by Swedish student Greta Thunberg.