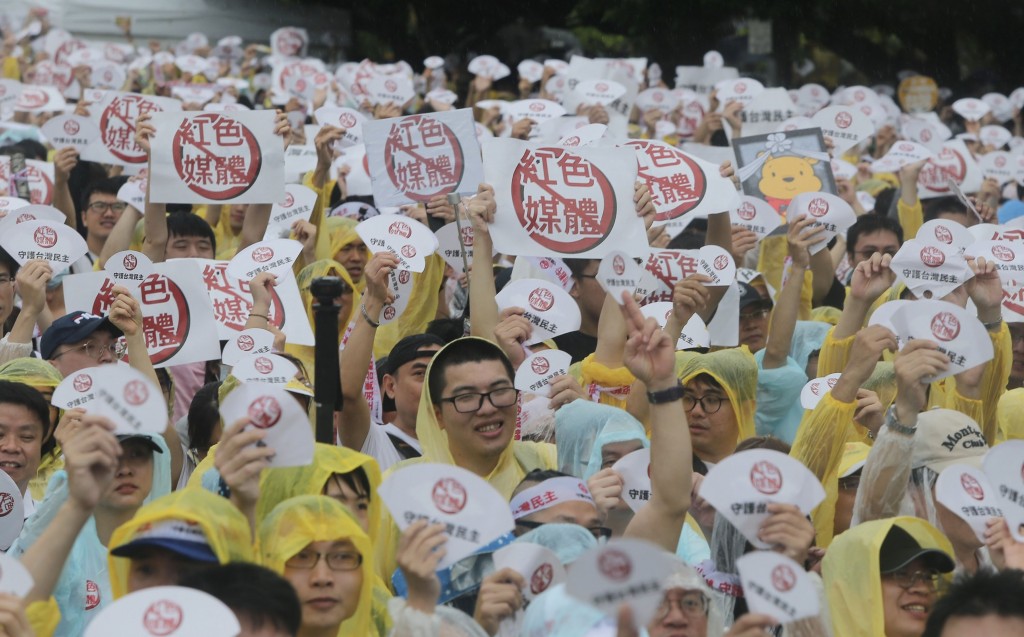 The editorial management of the China Times and CTiTV (CTI) receive calls on a daily basis from the Chinese authorities, which give directions as to how reports concerning cross-strait relations and China should be covered, reported the Financial Times on Tuesday (July 16).

“[TAO] have a say in the angle of the story and whether it goes on the front page,” Financial Times quoted a China Times reporter as saying.

The China Times and CTI issued a joint statement in the evening, denouncing the report as fake news with malicious intent. They said they would take legal action against individuals and media outlets citing or paraphrasing the content of the article. The China Times and CTI were both acquired by Want Want in 2008 following the company’s purchase of CTV in 2006. Running one of the largest food companies in Taiwan, Want Want Chairman Tsai Eng-meng (蔡衍明) is a staunch pro-Beijing businessman. Tsai has also built a business empire in China over the last few decades.

The report comes amid growing concern in Taiwanese society about the Chinese influence on Taiwan’s media. On June 23, a protest calling for action against “red media” was held in Taipei, drawing tens of thousands of demonstrators to the streets. Demonstrators asked the government to come up with measures to curb the dissemination of what they consider to be Chinese political propaganda and disinformation by pro-Beijing Taiwanese media.

The China Times and CTI have been criticized for feeding the public preferential reports about Han Kuo-yu (韓國瑜), the Kuomintang (KMT) mayor of Kaohsiung, over the past year. Han is now the presidential candidate for the China-friendly party.

According to critics, the disproportionate coverage of Han by pro-Beijing media increased Han’s popularity and, to some extent, contributed to his shocking victory in last year’s elections. The largest city in southern Taiwan, Kaohsiung has traditionally been a stronghold for the ruling Democratic Progressive Party (DPP).

Between President Tsai Ing-wen (蔡英文), who belongs to the independence-leaning DPP, and Han, who has promoted closer ties with China, Beijing is likely to back the latter. Contrary to warnings from the Taiwan government and U.S. officials, TAO has denied any Chinese interference in Taiwan’s elections.