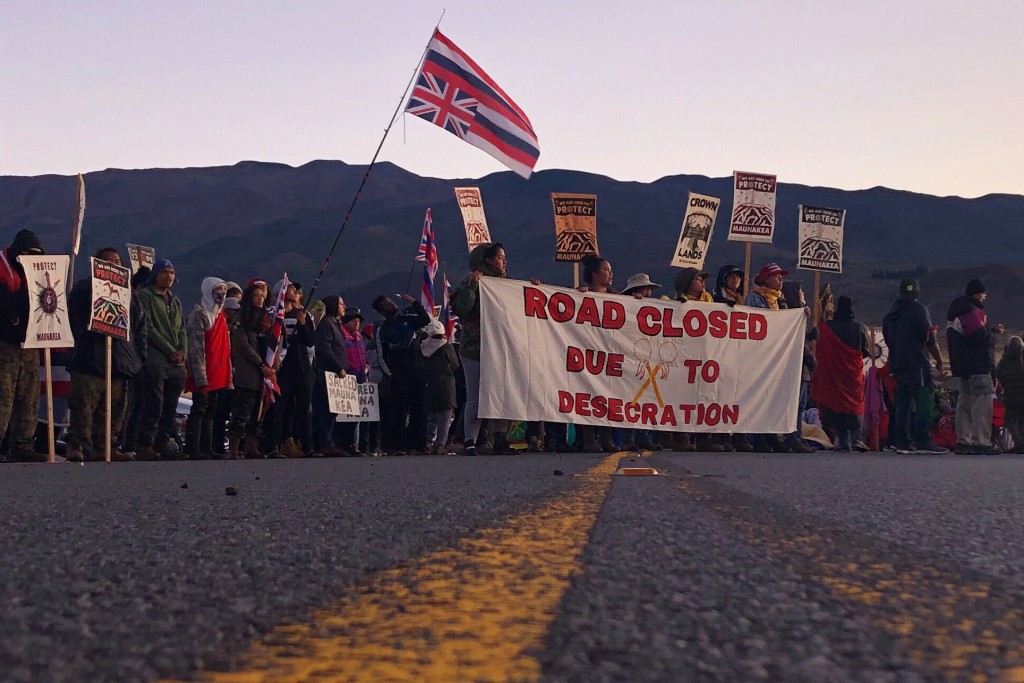 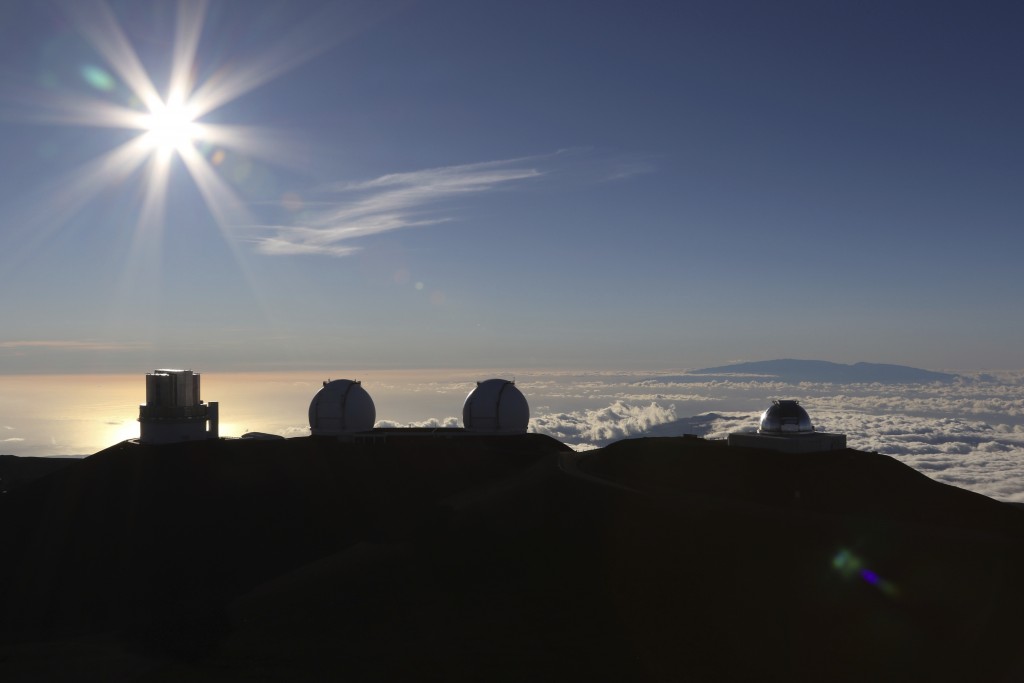 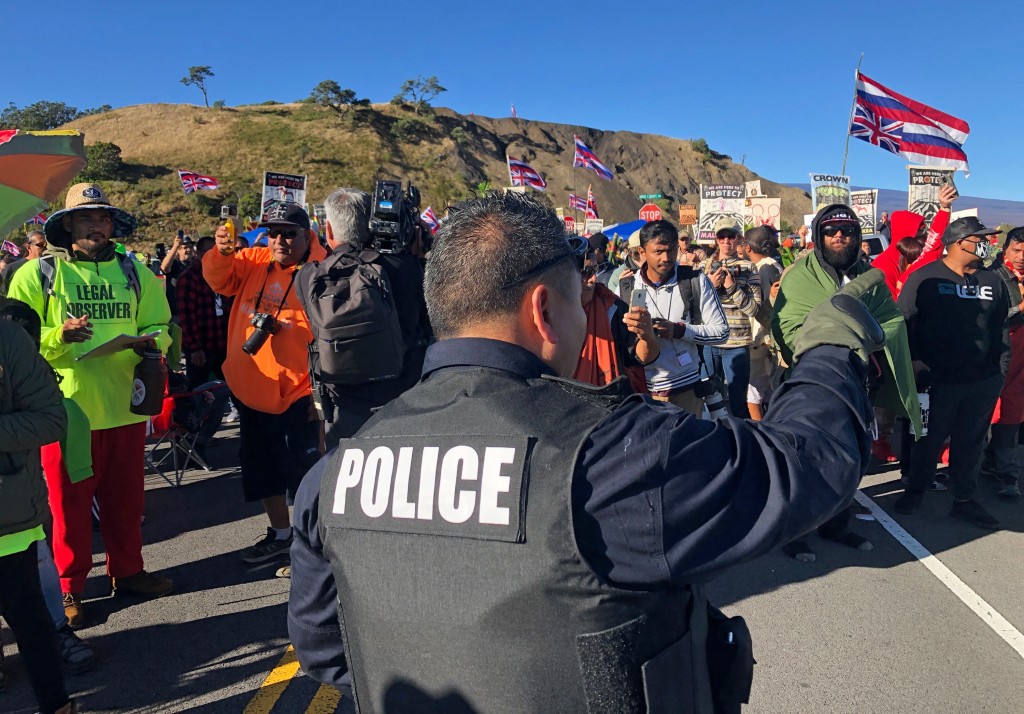 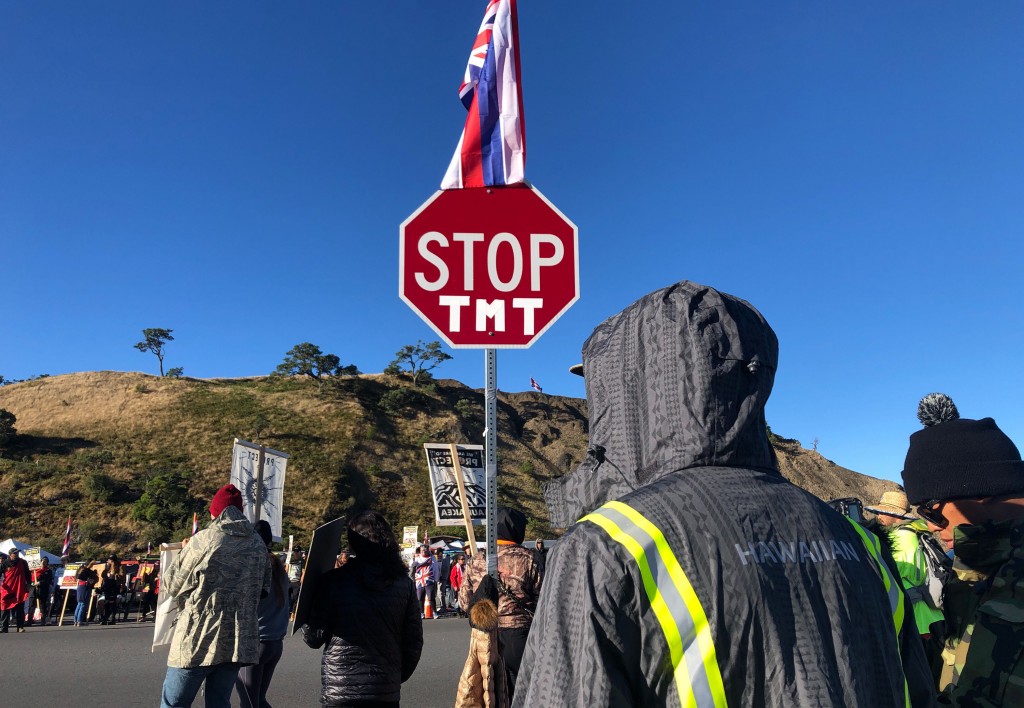 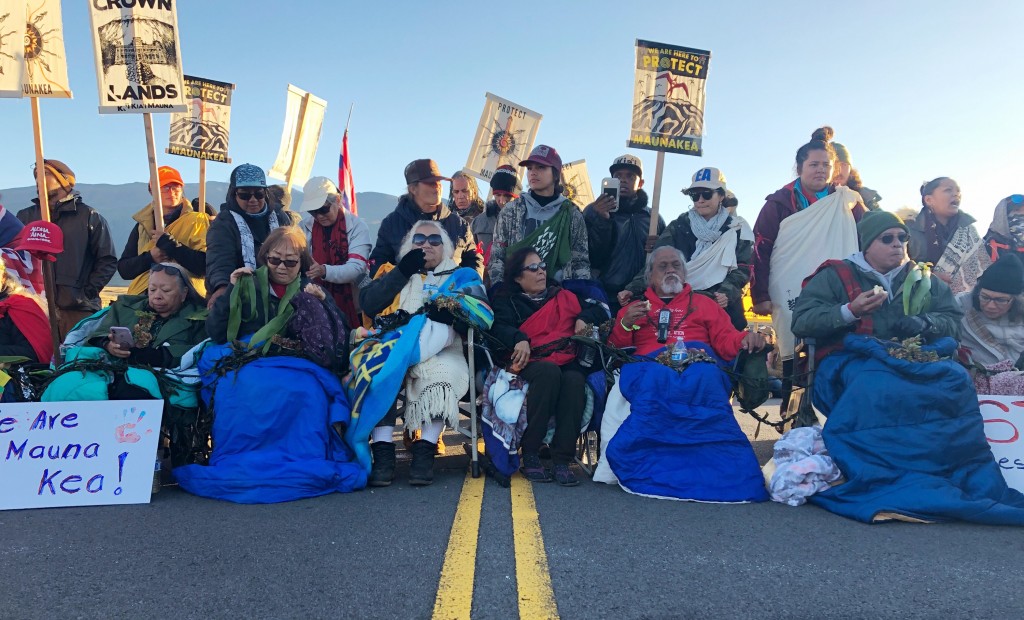 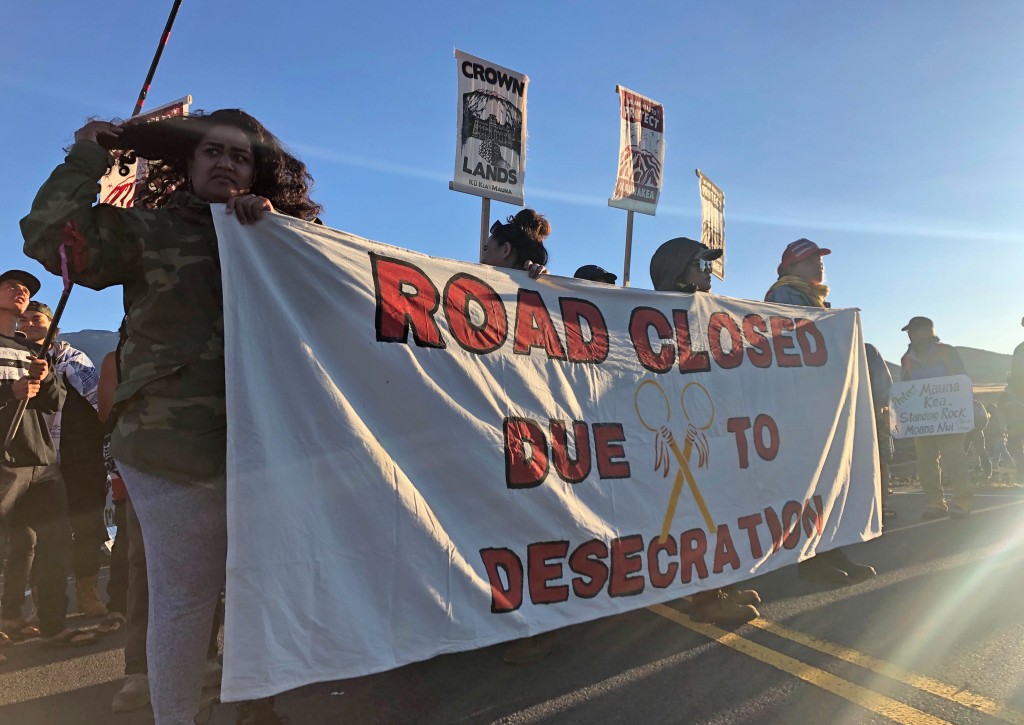 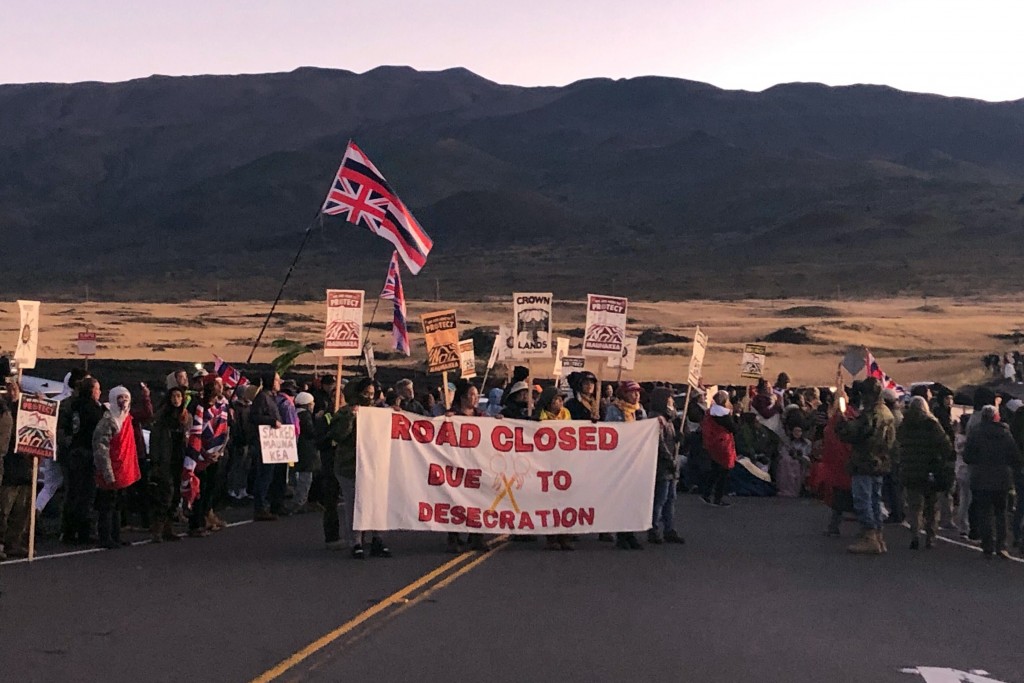 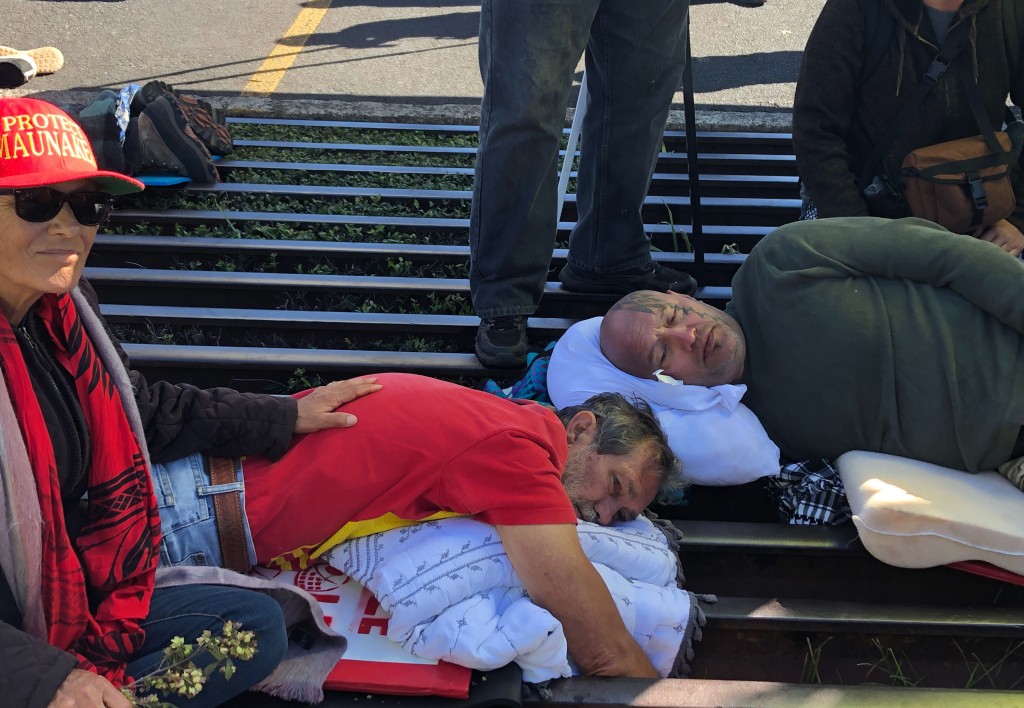 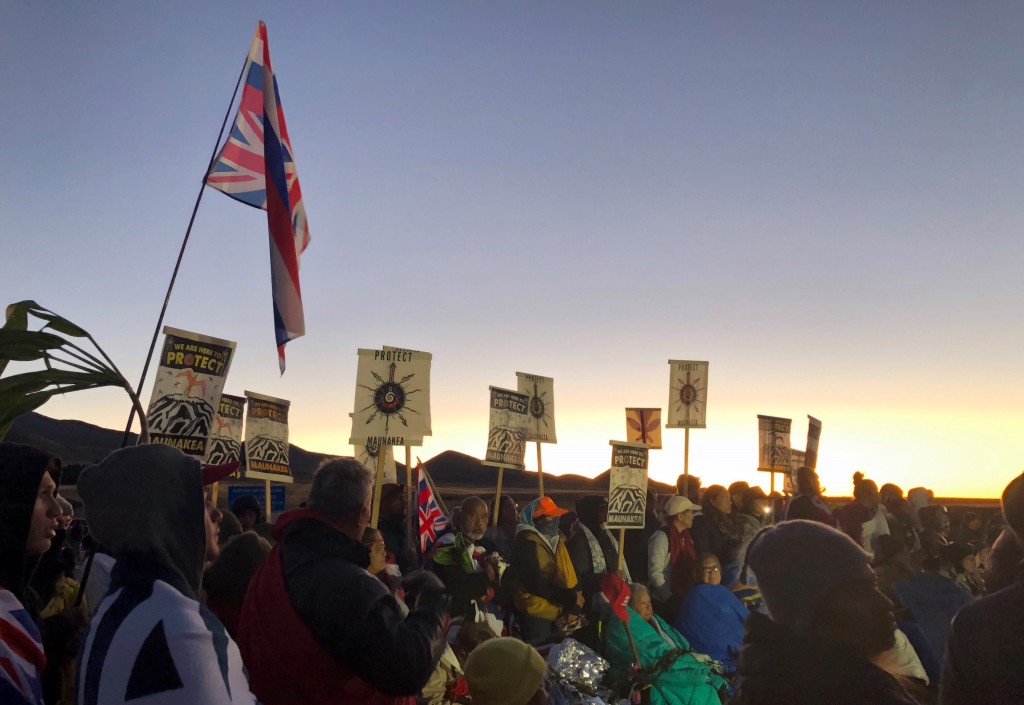 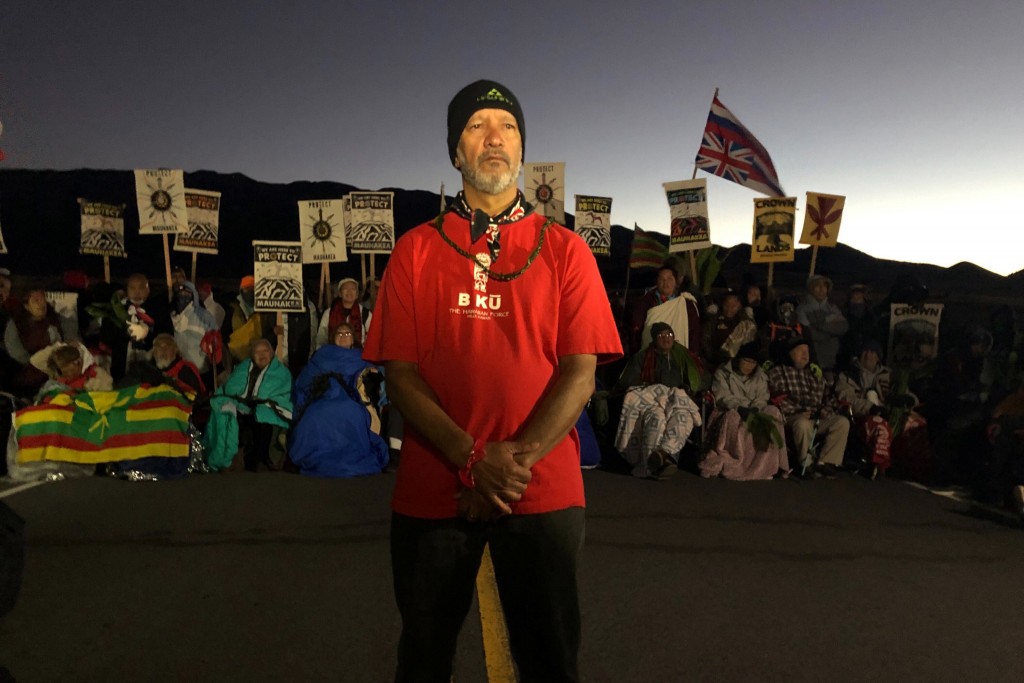 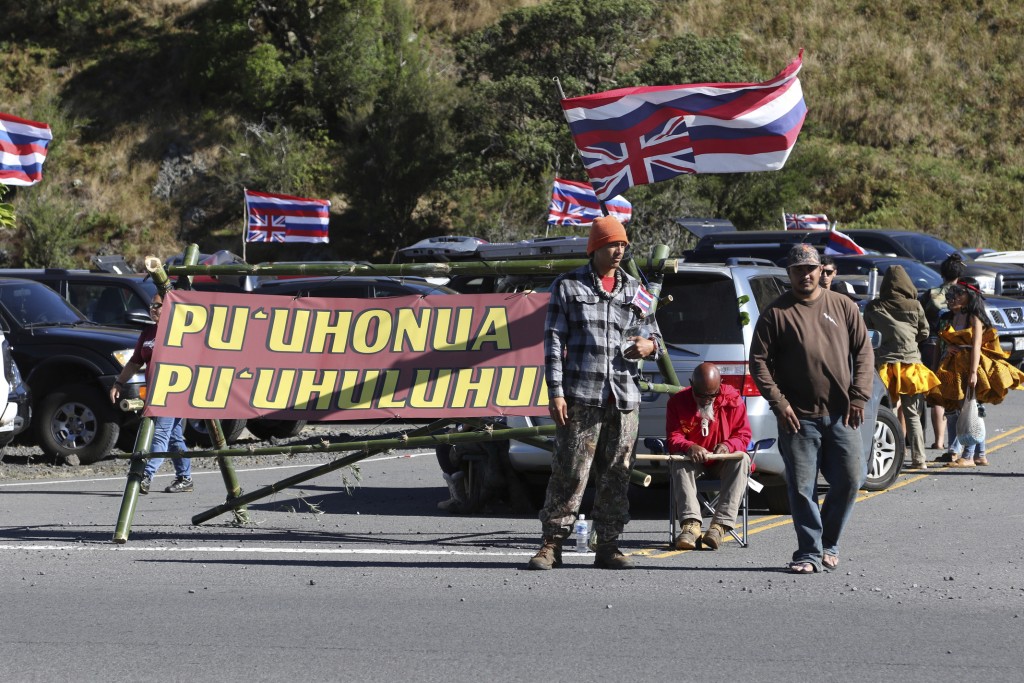 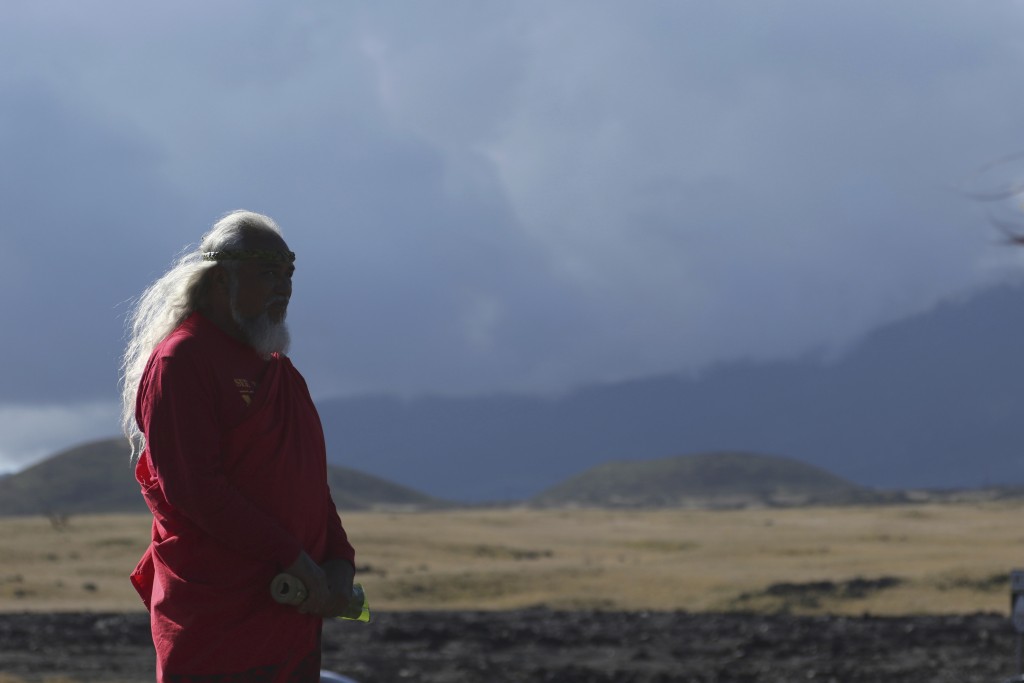 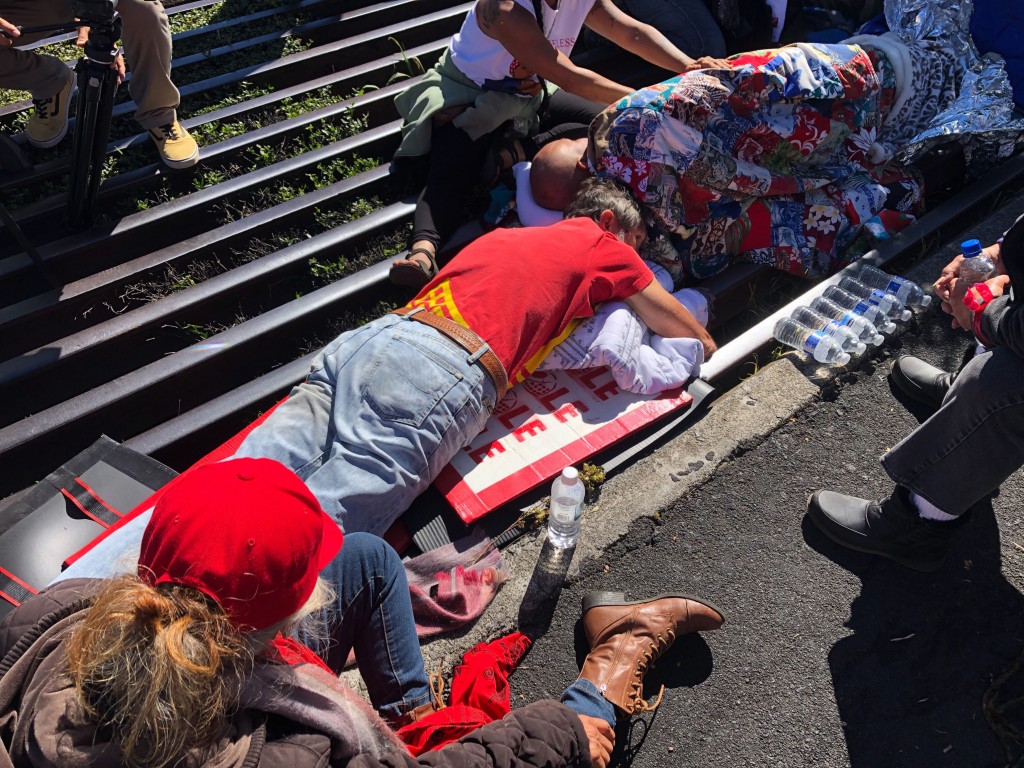 HONOLULU (AP) — Astronomers have indefinitely stopped looking through 13 existing telescopes at the summit of Mauna Kea in Hawaii while protesters block the road downslope in an attempt to prevent the construction of a giant new observatory.

Dozens of researches around the world won't be able to gather data and study the skies as a result of the move. Observations won't resume until staff have consistent access to the summit, said Jessica Dempsey, the deputy director of the East Asian Observatory, one of the existing telescopes.

The announcement came as Native Hawaiian protesters blocked the base of the road for a second day on Tuesday. They object to the construction of the $1.4 billion Thirty Meter Telescope, which is expected to be one of the world's most advanced when it's built, out of concern it will further harm an area some Native Hawaiians consider sacred.

Hawaii authorities haven't arrested any protesters, though have indicated they would. Jason Redulla, chief of the state Division of Conservation and Resources Enforcement, said law enforcement was focused on preparing a path to construction on Tuesday.

Jessica Dempsey, the deputy director of the East Asian Observatory, said consistent access to summit is needed to ensure the safety of staff. She said researchers would understand the need for suspension.

"Our science time is precious but in this case, our priority is just to make sure all of our staff is safe," Dempsey said.

The East Asian Observatory was scheduled to study carbon monoxide clouds in star-forming regions inside the Milky Way galaxy on Tuesday night. Dempsey called the clouds "the DNA of how baby stars form" and said they help astronomers figure out how stars work.

Protesters said they told law enforcement they would allow telescope technicians to pass so long as they would be allowed to drive one car to the summit each day for cultural and religious practices. They said they wouldn't allow National Guard members to pass.

No agreement was reached between the two sides.

"We are at a standstill," said Kaho'okahi Kanuha, one of the protest leaders.

He told reporters that efforts to stop the Thirty Meter Telescope were about protecting the indigenous people of Hawaii.

"This is about our right to exist," he said. "The way our kupuna existed," he said, using the Hawaiian word for elder.

"We fight and resist and we stand, or we disappear forever," he said.

Gov. David Ige announced plans last week to close the summit access road on Monday to allow construction to begin. The decision attracted hundreds of protesters to the site, who formed their own road blocks.

Other Native Hawaiians say they don't believe the Thirty Meter Telescope will desecrate Mauna Kea. Most of the cultural practices on the mountain take place away from the summit, said Annette Reyes, a Native Hawaiian from the Big Island.

Reyes said there are many others like her, but they're reluctant to publicly support the telescope because of bullying from protesters, a group she calls a "vocal minority." She says she's been called a fake Hawaiian for supporting the project.

She challenged the characterization of the dispute as a clash between science and culture.

Science was an integral part of ancient Hawaiian lives, Reyes said. "Everything they did was science, from growing fish and taro to wayfinding."

The Thirty Meter Telescope's primary mirror would measure 98 feet (30 meters) in diameter. It would be three times as wide as the world's largest existing visible-light telescope, with nine times more area.

The company behind the telescope is made up of a group of universities in California and Canada, with partners from China, India and Japan.

The project has been delayed by years of legal battles and demonstrations. Last year, the Hawaii Supreme Court ruled the group had legally obtained a permit for the project, clearing the way for construction to begin.

Telescope opponents last week filed another petition in court, saying the project must post a security bond equivalent to the construction contract cost before starting to build.

Doug Ing, an attorney for the Thirty Meter Telescope, said this latest lawsuit has no merit and is just another delay tactic.

The summit of Mauna Kea, Hawaii's tallest peak, is one of world's best spots for astronomy because it has clear weather for most of the year and has minimal light pollution.