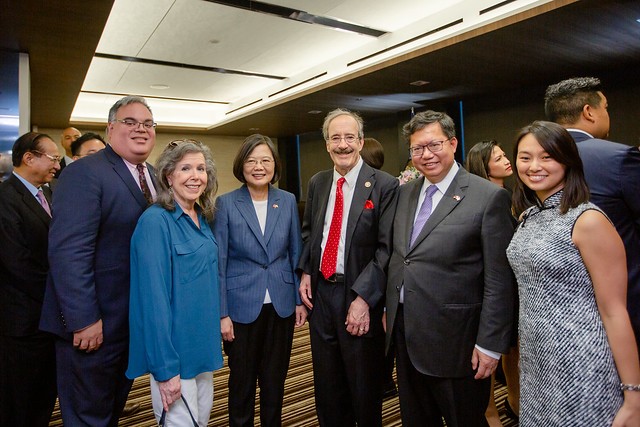 Tsai met with U.S. senators and House representatives at a reception in New York on July 12. She was visiting the city for two nights before continuing her Caribbean tour.

“Taiwan is a vibrant democracy and indispensable partner in the Indo-Pacific region and beyond. #Taiwan shares the values the U.S. cherishes the most: democracy, #humanrights, and freedom,” the post quoted Eliot Engel, the committee’s chairman, as saying.

The committee said it had passed two measures “to reaffirm America’s strong commitment to Taiwan and support the Taiwan Relations Act.” This comes at a time when China is ramping up pressure on the international community to isolate Taiwan.

The Taiwan Assurance Act of 2019, which envisions the normalization of U.S. arms sales to Taiwan, passed the U.S. House of Representatives on May 7. So too did a resolution declaring the U.S. commitment to Taiwan and to implementation of the Taiwan Relations Act.

“Our countries’ relationship is at its best in decades. But I believe the best is yet to come,” Tsai remarked at the reception last week.

Tsai also expressed gratitude to U.S. Congress members for their robust support for Taiwan’s security. “Together, we are achieving the vision of a free and open Indo-Pacific.”