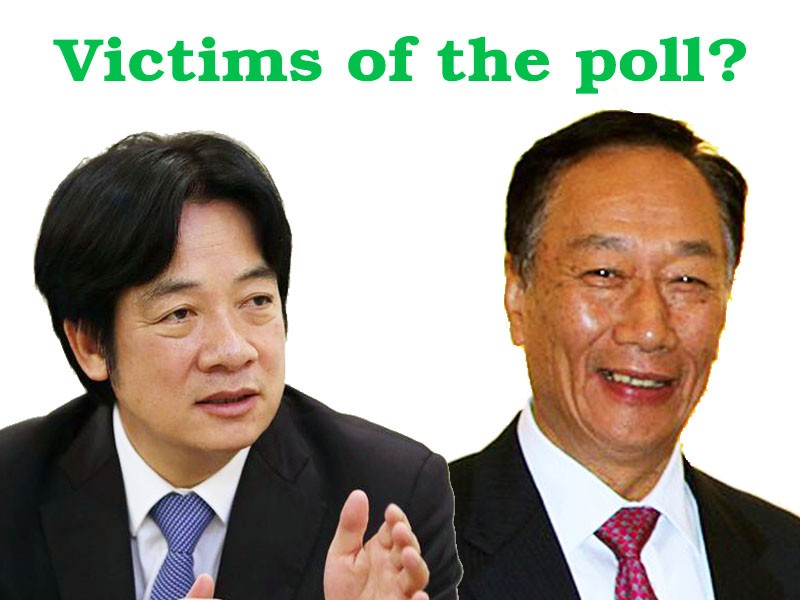 TAIPEI (Taiwan News) – A Taiwanese opinion poll expert urged former premier William Lai (賴清德) and former Foxconn chairman Terry Gou (郭台銘), who have suffered defeats in their respective presidential primaries, to forge an alliance and fight for the rights of “victims of all kinds.”

According to the polling results of the ruling Democratic Progressive Party (DPP) primary, Lai lost to incumbent President Tsai Ing-wen (蔡英文) by 8.2 percent. In the opposition Kuomintang (KMT) primary, Gou was trounced by Kaohsiung Mayor Han Kuo-yu (韓國瑜) by a margin of over 17 points.

As the island waits to see what the next move is for the two prominent figures, the chairman of the Taiwanese Public Opinion Foundation (財團法人台灣民意教育基金會), You Ying-lung (游盈隆), said in a Facebook post on Tuesday (July 16) that the two may as well join hands in establishing a “Foundation for Victims” or “Victims Alliance,” which he believes can become a meaningful “third force” in Taiwan.

You was apparently referring to allegations that the DPP would engage in a campaign to knock out Gou through polling manipulation that favored Han, who it perceives as a more easily defeated rival, according to a Newtalk report. There have been accusations that Lai was done away with by the ruling party in an unfair primary process, and Gou accused the DPP of planning to use the same tactics against him in the KMT primary, according to Newtalk.

Gou has yet to decide whether he will quit the party to run as an independent candidate in the 2020 presidential election.