TAIPEI (Taiwan News) -- The Central Weather Bureau (CWB) has issued a sea warning for Tropical Storm Danas, and a land warning is expected before noon today.

Tropical Storm Danas, which in Tagalog means "experience," became the fifth official tropical storm of the year on Tuesday (July 16). At 11:30 p.m. on Tuesday evening, the CWB issued a sea warning for Danas as the center of the storm closes in on the Bashi Channel.

As of 2 a.m., the CWB said that the tropical storm had a radius of 150 kilometers and was located 500 kilometers south-southeast of Taiwan's southernmost tip of Eluanbi, moving north-northwest at a speed of 16 kilometers per hour (kph). It was packing maximum sustained winds of 64 kph with gusts of up to 90 kph. The CWB estimates that a land warning for the tropical storm will be issued at 11:30 a.m. this morning. During the second half of the day, precipitation will begin to pick up in Hualien, Taitung, and mountainous areas of Yilan.

The tropical storm is expected to have the largest impact on Taiwan on Thursday (July 18) and Friday (July 19). During this period, rain will be likely across Taiwan, particularly in the east and south.

CWB forecaster Kuan Hsin-ping (官欣平) said that as of 5 a.m. today, the tropical storm was located 530 kilometers south-southeast of Luzon. He predicts that the storm will reach the Bashi Channel this morning with a radius of 150 kilometers and travel northwest at a speed of 13 kph.

As a Pacific high-pressure system gradually weakens, Danas will turn eastward. It is possible that the storm's center will make landfall somewhere between Yilan and Taitung in eastern Taiwan, but its path is still in flux.

Kuan said that Taiwan will begin to feel the effects of the tropical storm's periphery today. Kuan predicts rain, including intermittent downpours, in the second half of the day in Hualien, Taitung, Yilan, and mountainous areas of northern Taiwan. 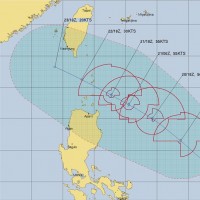 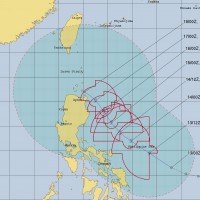 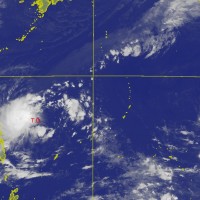