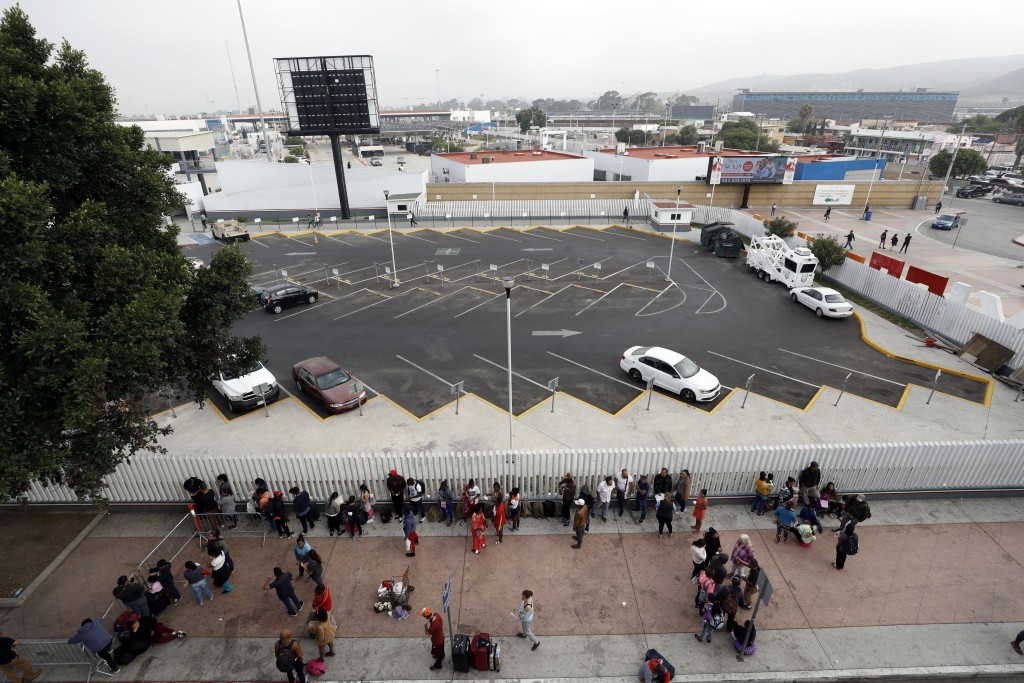 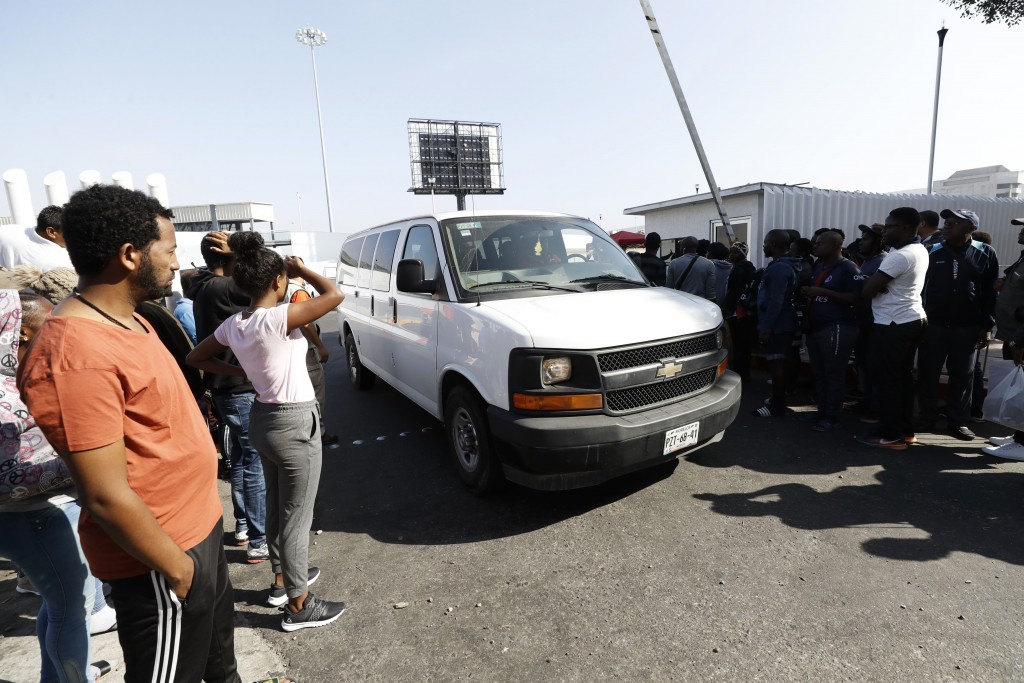 SAN DIEGO (AP) — A major immigration policy shift took effect Tuesday to deny asylum to anyone who shows up on the Mexican border after traveling through another country.

The dramatic move will likely have the biggest impact on Guatemalans and Hondurans, who must pass through Mexico to reach the U.S. by land. Together, they account for most Border Patrol arrests, and they tend to travel in families. The change drew an immediate lawsuit from the American Civil Liberties Union and the Southern Poverty Law Center in federal court in San Francisco.

Here are some answers to questions about the policy, how Europe has confronted similar challenges and how Mexico and Central American nations have responded.

Asylum seekers must pass an initial screening called a "credible fear" interview , a hurdle that a vast majority clear. Under the new policy, they would fail the test unless they sought asylum in at least one transit country and were denied. They would be placed in fast-track deportation proceedings and flown to their home countries at U.S. expense.

There are exceptions and ways around the rule.

People fleeing persecution can apply other forms of humanitarian protection that are similar to asylum but much harder to get. Applicants must pass an initial screening called a "reasonable fear" interview , which means that a U.S. official finds they are "more likely than not" to win their cases. The "credible fear" standard for asylum requires only that there is a "significant possibility" of winning.

There are other disadvantages. Unlike asylum, people who obtain "withholding of removal" status or protection under the United Nations Convention Against Torture cannot bring relatives or be put on a path to citizenship. The anti-torture convention holds out a possibility of being sent to a third country where they would not be tortured or even sent back to their home countries if conditions improve.

The new policy also spares victims of "a severe form" of human trafficking.

HOW HAS EUROPE DEALT WITH SIMILAR CHALLENGES?

The 28-member European Union applies a safe-third-country system internally. Asylum seekers are supposed to apply for protection in the first EU country they enter. If an asylum-seeker in Germany, for example, is found to have entered Italy first, that person can in many cases be sent back to Italy to have their claim processed there.

This system was suspended temporarily in 2015, when about 1 million migrants entered Europe irregularly, mainly by crossing from Turkey to the Greek islands before making their way through the Balkans and on to central and northern Europe.

There is also debate in Europe about which countries outside the EU can be considered safe third countries. Turkey was presumed to be a safe third country under a 2016 deal that helped reduce the migrant flow to Europe. But human rights groups questioned whether Turkey offered adequate protection to refugees.

So far, efforts to create an EU-wide list of safe third countries have not been successful. EU members make such decisions individually.

WHAT DO MEXICO AND CENTRAL AMERICAN NATIONS THINK?

Mexico has resisted U.S. efforts to become a safe third country for people fleeing persecution who are headed to the U.S. On Monday, Foreign Relations Secretary Marcelo Ebrard said Mexico would not negotiate on the matter without congressional authorization.

As part of a deal to head off threatened U.S. tariffs, Mexico has, however, agreed to U.S. expansion of a program under which thousands of asylum seekers from third countries have been forced to wait in Mexico while their claims are considered in backlogged U.S. courts. Mexico has also assigned some 6,000 members of the new National Guard to support immigration enforcement.

Under the U.S.-Mexico deal, if migration flows do not diminish significantly, both parties would enter into new talks on sharing responsibility for processing asylum claims, perhaps as part of a broader regional agreement.

Central America's "Northern Triangle" countries of Guatemala, Honduras and El Salvador have largely been silent on migration and done little beyond blaming political opponents for the problem (Honduras) or doing publicity campaigns to warn people of the dangerous journey (El Salvador).

Guatemalan President Jimmy Morales was reportedly close to signing a third-country deal with Washington — which aides have denied. But on Sunday the Constitutional Court blocked it. A planned meeting between Morales and U.S. President Donald Trump in Washington on Monday was abruptly called off.

ARE MEXICO AND THE NORTHERN TRIANGLE SAFE?

The new U.S. policy does not require that transit countries be safe, but the lawsuit filed Tuesday says Mexico and Guatemala are not, citing U.S. government statements.

Gangs such as MS-13 and 18th Street are widespread in the Northern Triangle, particularly in El Salvador and Honduras. The gangs are the de facto authority in large swaths of terrain, and they extort businesses and workers. They are known to forcibly recruit teens and young men to join their ranks, and girls and young women to become "girlfriends." In either case, saying no can mean a death sentence.

Something as innocuous as walking in the wrong neighborhood, wearing the wrong clothes or being on the wrong bus at the wrong time can get a person killed.

All three of the Central American nations also struggle with high poverty and scarce employment opportunities — factors that not only drive emigration but would also make it hard for refugees to build stable lives there.