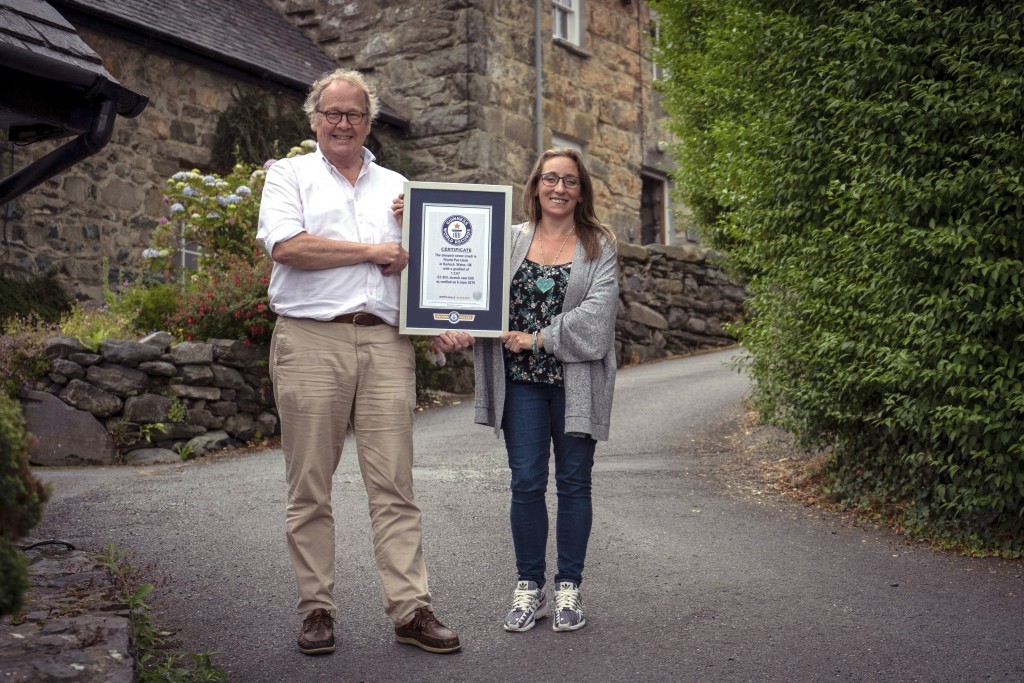 LONDON (AP) — A street in Wales has been designated the steepest in the world after a successful campaign by residents.

The title comes at the expense of a street in New Zealand, which has apparently been eclipsed in the steepness sweepstakes.

Guinness World Records said Tuesday that the street of Ffordd Pen Llech in the seafront town of Harlech, 245 miles (395 kilometers) northwest of London, has a gradient of 37.45%, two percentage points steeper than the former title holder in Dunedin on New Zealand's South Island.

The Welsh campaign was led by businessman and architectural historian Gwyn Headley. He says he feels "jubilation" now that the street has been recognized.

He says he feels sorry for New Zealand, but that "steeper is steeper."