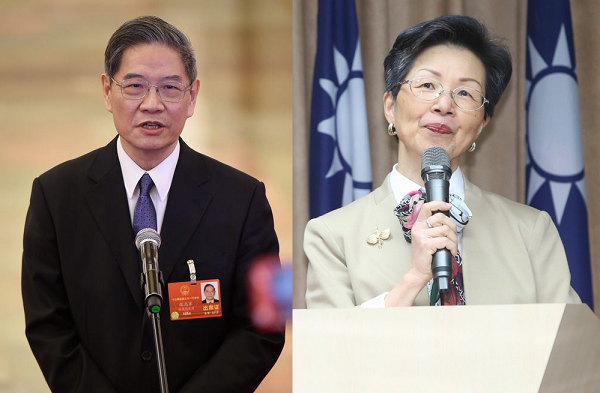 Zhang claimed Tsai’s visit was intended to shore up political support in the U.S., but snidely declared that she would not be able to find the support she needs in Washington. In response, the chief of Taiwan’s Straits Exchange Foundation (SEF), Katherine Chang (張小月), rebuked the ARATS Chairman.

Chang responded that Beijing must look at the objective facts of Taiwan’s political existence and should be striving to resume dialogue with Taipei as soon as possible without insisting on political conditions. China is only complicating matters by refusing to respect the rights of Taiwanese people to participate in international affairs.

Speaking in defense of the Tsai administration, Chang emphasized that Taiwan will interact with partners across the world, as any sovereign independent country is entitled to do. Taiwan also has every right to promote its own national defense, which was a reference to the recent weapons sale to Taiwan approved by Washington, said Chang.

United Daily News quotes the SEF Chairwoman as admonishing Zhang Zhijun for his “malicious criticism” noting that such an attitude and such behavior is not conducive to promoting peaceful relations across the Taiwan Strait, which is ostensibly part of Zhang’s job description.