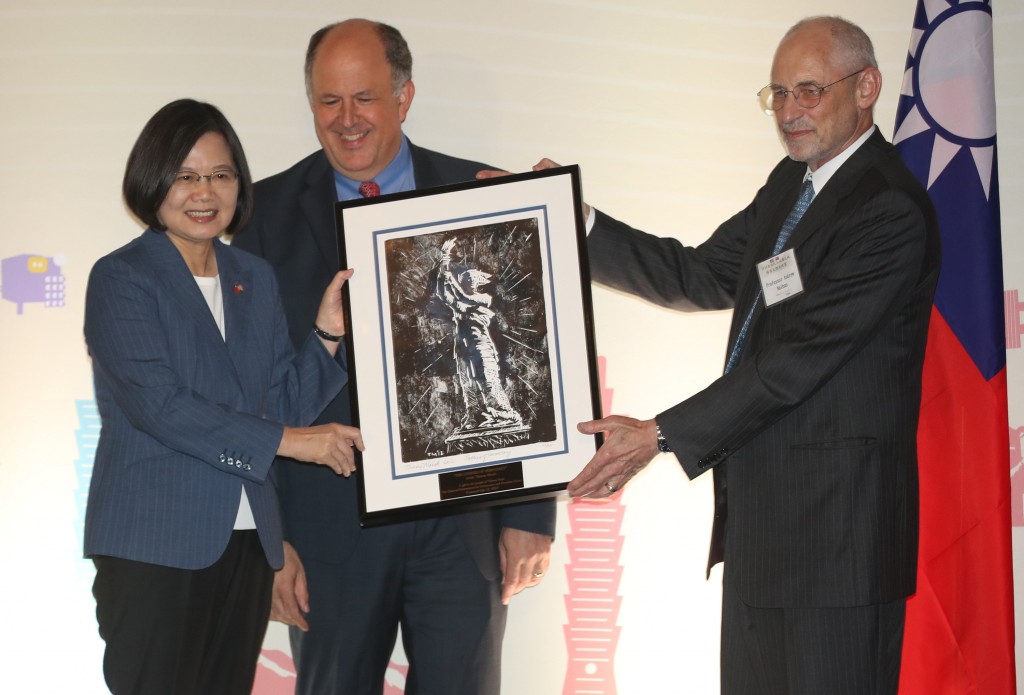 Taiwan’s enduring freedoms and democratic values are “an existential threat to [Beijing's] own regime of control, regimentation, and censorship,” said Abramowitz.

The president of the Washington-based non-governmental organization attended a banquet in honor of President Tsai-Ing-wen’s (蔡英文) visit to New York on July 12. The transcript of Abramowitz’s remarks was published on Freedom House’s website on July 15.

Taiwan has transformed from being a military dictatorship after World War II to a model democracy after decades of remarkable progress, Abramowitz said. He added that Taiwan “deserves America’s attention and support.”

Beijing has desperately attempted to sabotage civil liberties and democratic values in Taiwan with menace and hostility, said Abramowitz. On the other hand, Taiwan’s people have repeatedly defended their rights, he added.

Abramowitz, along with the National Endowment for Democracy representative, Andrew Nathan, jointly presented a painting of the Goddess of Democracy to Tsai. He expressed his admiration for Tsai for having “one of the world’s toughest jobs.”

While leading a democratic society with diverse factions and interest groups, Tsai also must endure the relentless pressure from a powerful neighbor, a country with a massive economy and sophisticated military capacity, Abramowitz said.

Established in 1941, Freedom House has promoted freedom and democracy over the decades and has faced pressure from China for regarding Taiwan as a country in its flagship report, Freedom in the World, according to Abramowitz.

In its latest report, which was released in February, Taiwan ranked near the top with a score of 93 out of 100, while China scored 11. Nevertheless, the report also indicated constant Chinese efforts to influence Taiwan’s policymaking and democratic infrastructure, as well as the media industry on the island.