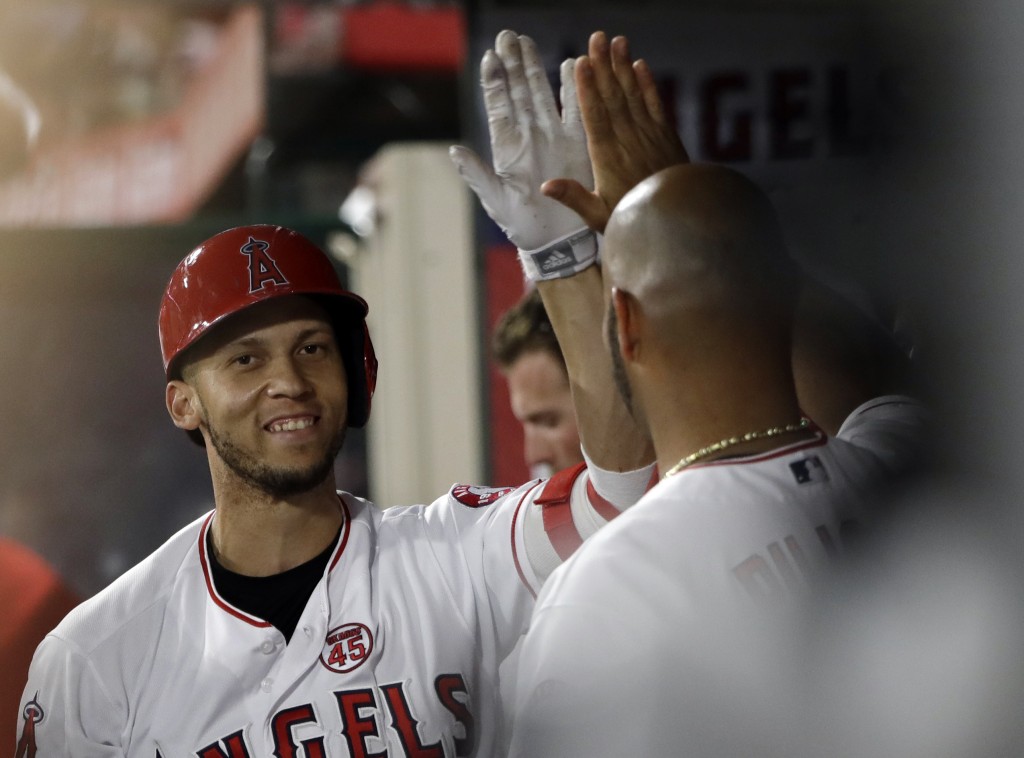 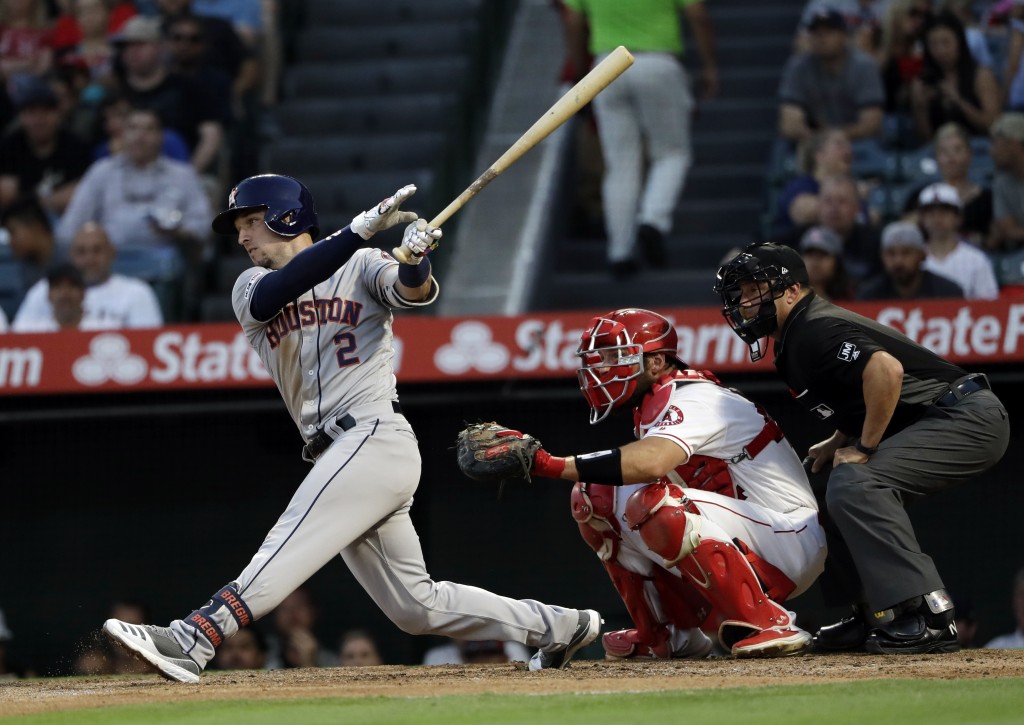 ANAHEIM, Calif. (AP) — Albert Pujols got three hits and drove in three runs, and the Los Angeles Angels remained unbeaten since the All-Star break with a 9-6 victory over the AL West-leading Houston Astros on Monday night.

Mike Trout didn't play due to a strained right calf, but Pujols picked up the slack with his first three-hit game since May 13. Andrelton Simmons also homered while the Angels rallied from an early three-run deficit and improved to 7-3 since pitcher Tyler Skaggs' death, including four straight home victories out of the break.

Pujols had an RBI double in the fourth inning and a two-run single during the Angels' four-run fifth, and the 39-year-old slugger even scored twice with clever baserunning.

George Springer hit two homers for the Astros, who opened a four-game series with their third loss in five games.

Jose Altuve played shortstop for the first time in three years after a defensive switch in the late innings for the Astros, whose patchwork lineup hasn't stopped them from building a comfortable cushion in the AL West again.

Five relievers combined for 7 2/3 resilient innings, with Taylor Cole throwing 3 1/3 innings of three-hit ball in his first appearance since combining with Félix Peña on their no-hitter in the Angels' cathartic 13-0 victory over Seattle last Friday. Justin Anderson (3-0) got the win, and Hansel Robles secured his 14th save.

After Simmons hit his second homer since April in the third inning, Justin Upton and Pujols opened the fourth with doubles off Framber Valdez (3-6). Pujols eventually tagged up and scored on a sacrifice fly — no small feat for one of the slowest runners in baseball.

Pujols then came up with the bases loaded in the fifth and knocked a two-run single to right.

Pujols singled again in the seventh and then showed he still has wheels — or at least great baseball instincts. He went to third on Kevan Smith's double, and when Altuve bobbled the throw back to the infield, Pujols took off and slid home safely when Robinson Chirinos dropped the throw to the plate.

Canning issued four consecutive two-out walks in the first inning with one wild pitch included. After escaping that jam, he gave up two walks and two singles with three wild pitches in the second, his deliveries bouncing all around home plate while Smith frantically tried to stop them.

ALBERT AND THE ASTROS

Pujols' double was the 651st of his career, tying him with Honus Wagner for eighth place in baseball history. Nap Lajoie is next with 654.

Pujols' single gave him 160 career RBIs against Houston, passing Tony Perez for the most against the Astros in major league history. Pujols already leads every opponent with 59 homers against Houston.

Astros: Carlos Correa and Aledmys Diaz began rehab assignments with Triple-A Round Rock. Correa has been out since May 27 with a broken rib, but could return next week.

Angels: Trout left Sunday's game after two innings, but the two-time AL MVP said he didn't think the injury was serious. An MRI exam Monday revealed what the Angels called "a small strain in his right calf."

Andrew Heaney (1-3, 5.18 ERA) takes the mound for the Angels for the second time since the death of Skaggs, his best friend. The Astros hadn't announced a starter.