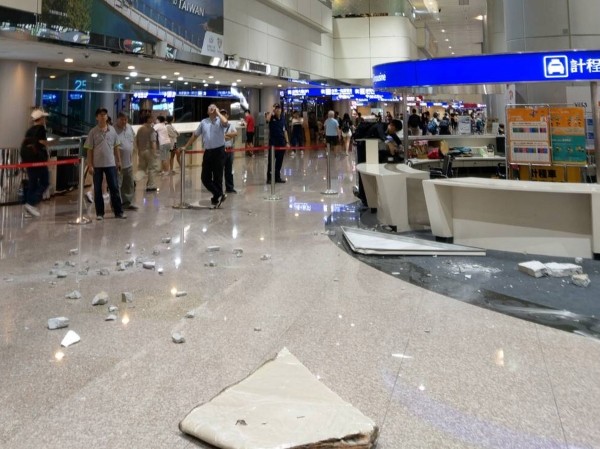 TAIPEI (Taiwan News) -- Concrete blocks and ceiling tiles suddenly fell in an entrance hall of the Taiwan Taoyuan International Airport on Monday evening (July 15), but no injuries were reported.

At 9:38 p.m. on Monday evening, chunks of concrete and several massive ceiling tiles suddenly fell inside the entrance hall on the first floor in Terminal 2 of the Taiwan Taoyuan International Airport, reported UDN. According to a preliminary investigation, concrete blocks from an upper floor smashed through the ceiling support structure and caused the tiles to plummet to the ground.

Fortunately, no one was immediately below the ceiling when the concrete and tiles fell onto the floor. Airport management cordoned off the area, sent staff to inspect the damage, and dispatched a cleaning crew to clear the debris. The Taoyuan International Airport Corporation said that in addition to carrying out emergency repair operations, it also sent staff to carry out a thorough inspection of the ceiling, reported CNA. Based on a preliminary investigation, the company said that four cement blocks had smashed through the ceiling structure of the entry hall.

On-site personnel have been dispatched to carry out an extensive inspection of the ceiling of the entry hall and the supervisor on duty has directed units to ensure the safety of the structure. 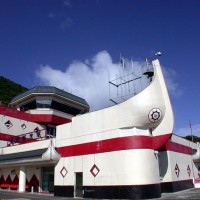