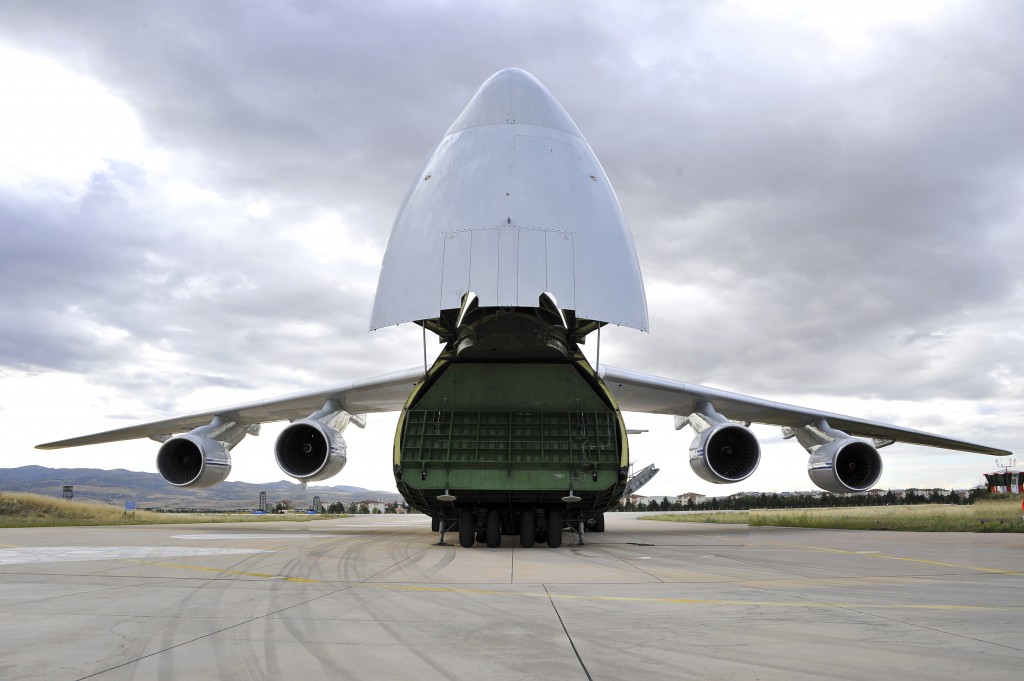 ANKARA, Turkey (AP) — Turkey hopes to co-produce high-tech weaponry systems with Russia in the future, Turkish President Recep Tayyip Erdogan said, further defying its NATO ally the United States, which has warned the country of possible sanctions over its purchase of a Russian-made missile defense system.

The Turkish leader made the comments Monday, hours after two more Russian cargo planes landed in Turkey to deliver parts of the Russian-made S-400 missile system that Ankara is acquiring from Russia despite strong U.S. objections.

"God willing, in April 2020 we'll bring (the deployment) to an end, and with that, we'll be among the limited number of countries in the world in terms of air defense systems," he said. "Now the goal is joint production with Russia."

Earlier, the Turkish defense ministry said two more Russian cargo planes landed at the Murted Air Base near the capital, Ankara, bringing the Russian-made S-400 systems' components for the fourth day running. They were the eighth and ninth planes to land at Murted since Friday.

The U.S. has repeatedly warned Turkey that it will impose sanctions on the NATO-member country and exclude it from the F-35 stealth fighter jet program if Ankara doesn't drop its S-400 purchase.

Washington says the Russian S-400s are incompatible with NATO equipment and may lead to Russia acquiring sensitive data concerning the F-35s.

Turkey has refused to bow to U.S. pressure, saying its defense purchase is a matter of national sovereignty and that the agreement with Russia is a commercial deal it can't cancel.