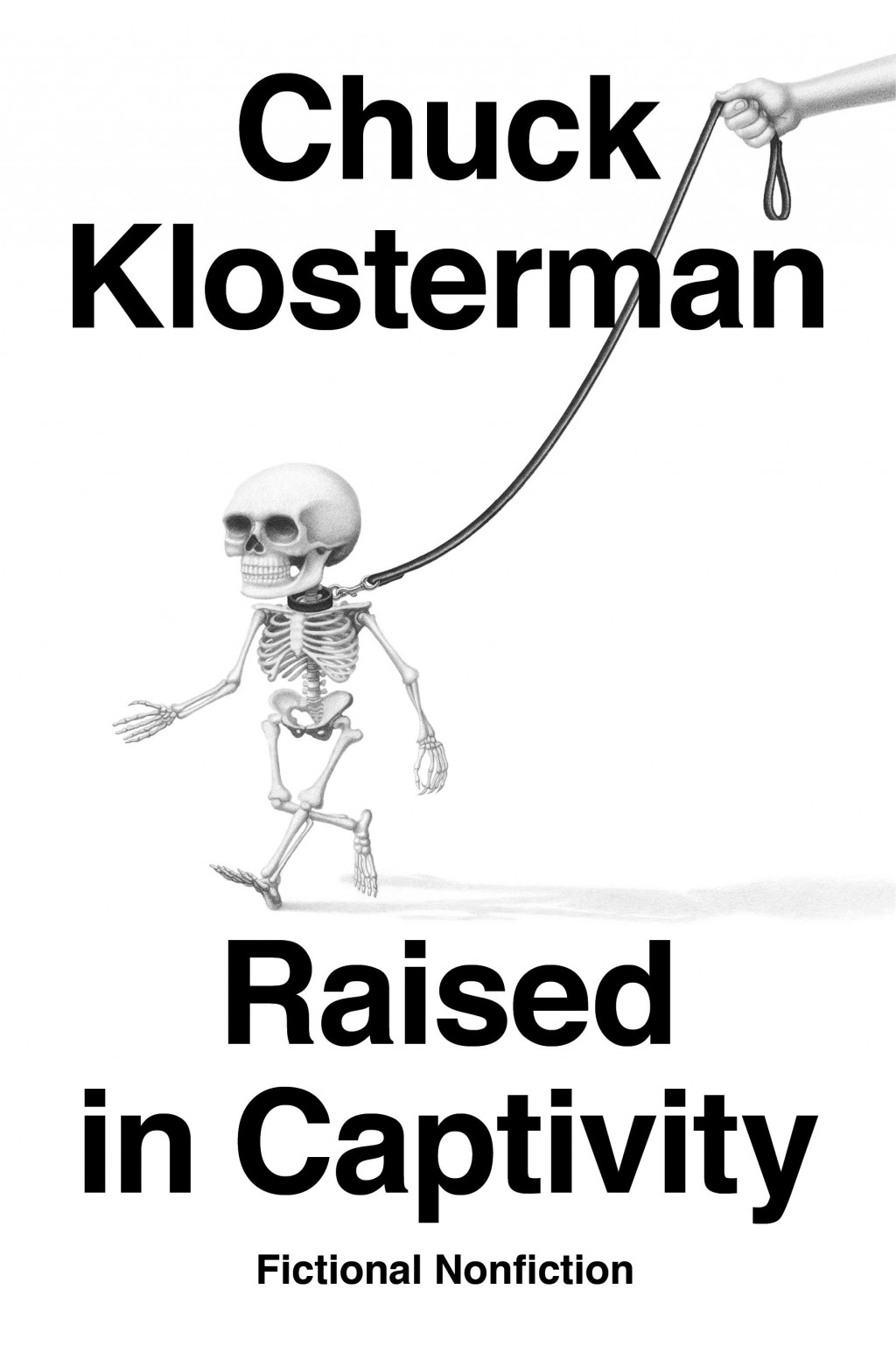 Chuck Klosterman seems like a great hang. He's the guy at the party who has everyone spitting out their drinks as they laugh while trying to swallow — the one who is never at a loss for words in a game of "Would You Rather?"

It's fun to imagine the genesis of some of the stories billed as "Fictional Nonfiction" on the cover of his latest collection. Flying cross-country, perhaps, from his northwest home to visit his agent in New York: What if there was a puma in the plane's bathroom? Podcasting with his pal Bill Simmons: Could a football team run the perfect play over and over again to win every game? At the doctor's office getting vaccinated: Do vets get shots to protect themselves from pet diseases?

"Raised in Captivity" is like a read-only version of "The Twilight Zone," complete with a cover graphic of a skeleton on a leash being taken for a walk. But unlike that TV show, readers don't have to wait very long for the twist. Most of these stories suck you in right away with a perfect opening sentence: "I have the kind of job where I take a shower at night, after I get home."; "It started with a question from a six-year-old, which is the only way it could have happened at all."; "Sheila knew she wanted to murder her husband." Five to seven minutes later, you're laughing or looking under your bed. Then it's on to the next one before the fizz from the first stops tingling in your brain.

Topics range from a secret government research team investigating why coin flips are no longer 50/50, to a band whose song is suddenly adopted by white nationalists as a racist anthem, to a couple considering a procedure that allows the pain of childbirth to pass from women to men. While some of the stories seem far-fetched, nearly all feel plausible in the conspiracy-laden, technology-obsessed world we now live in.

This is Chuck Klosterman at his best. "Raised in Captivity" combines social criticism with pop culture commentary and is highly recommended.