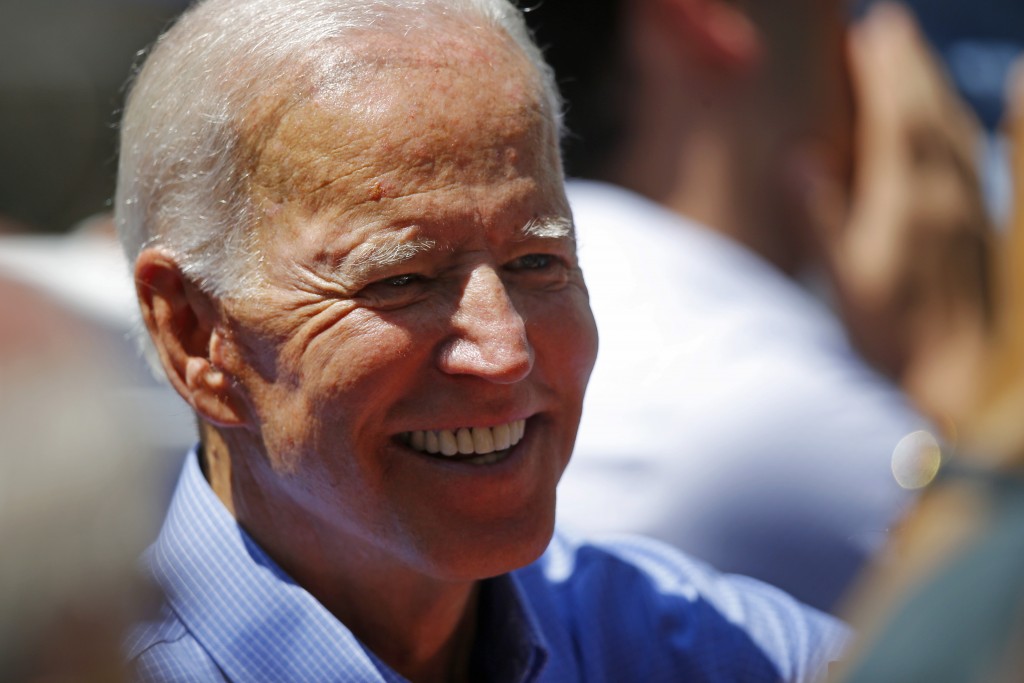 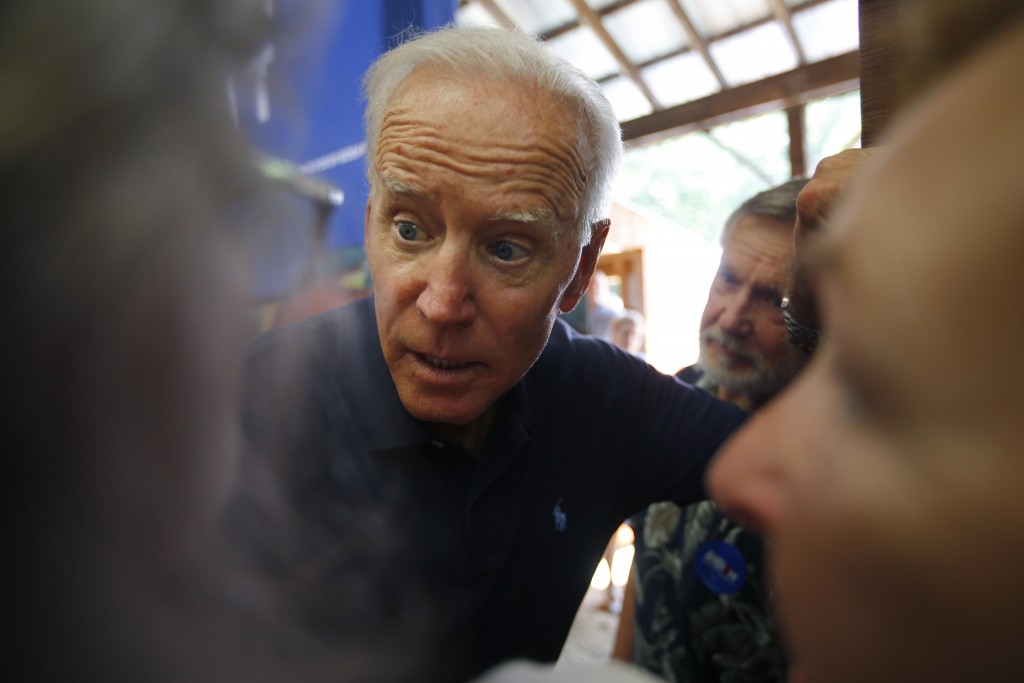 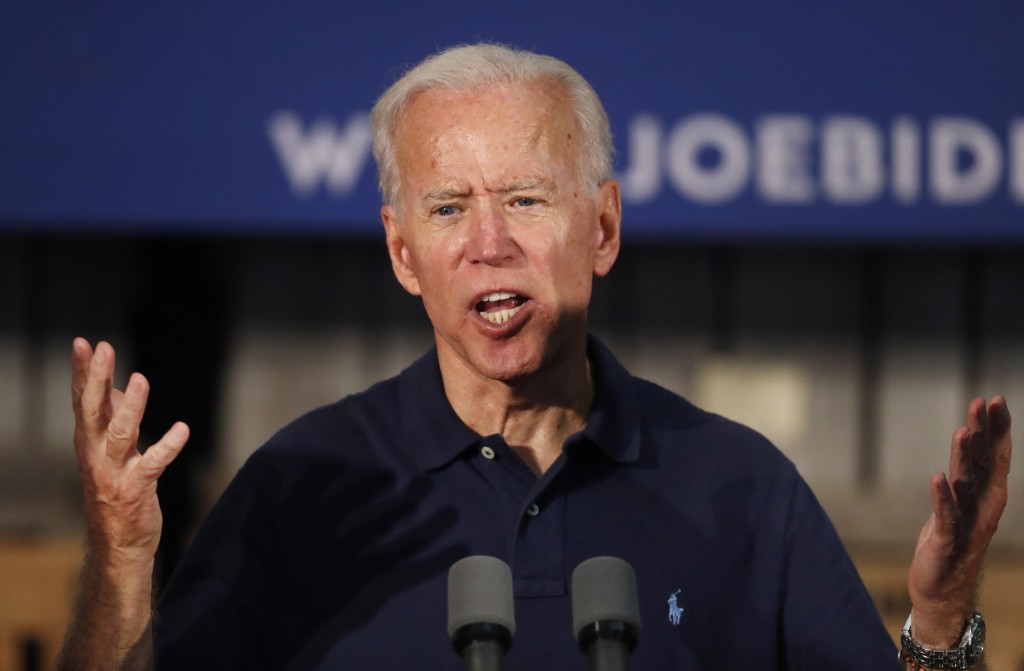 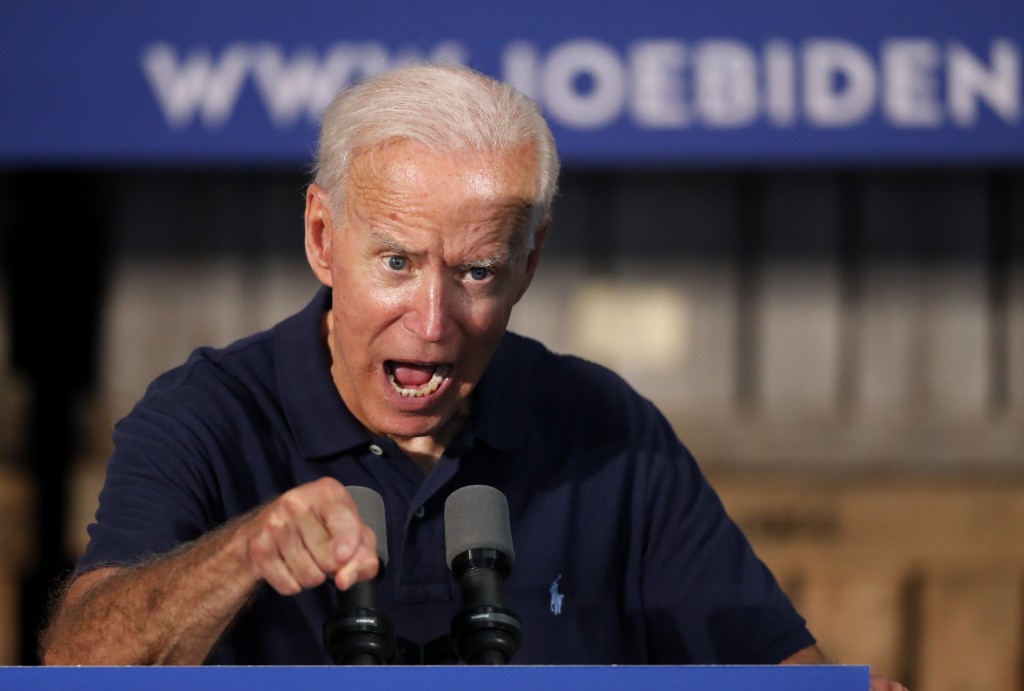 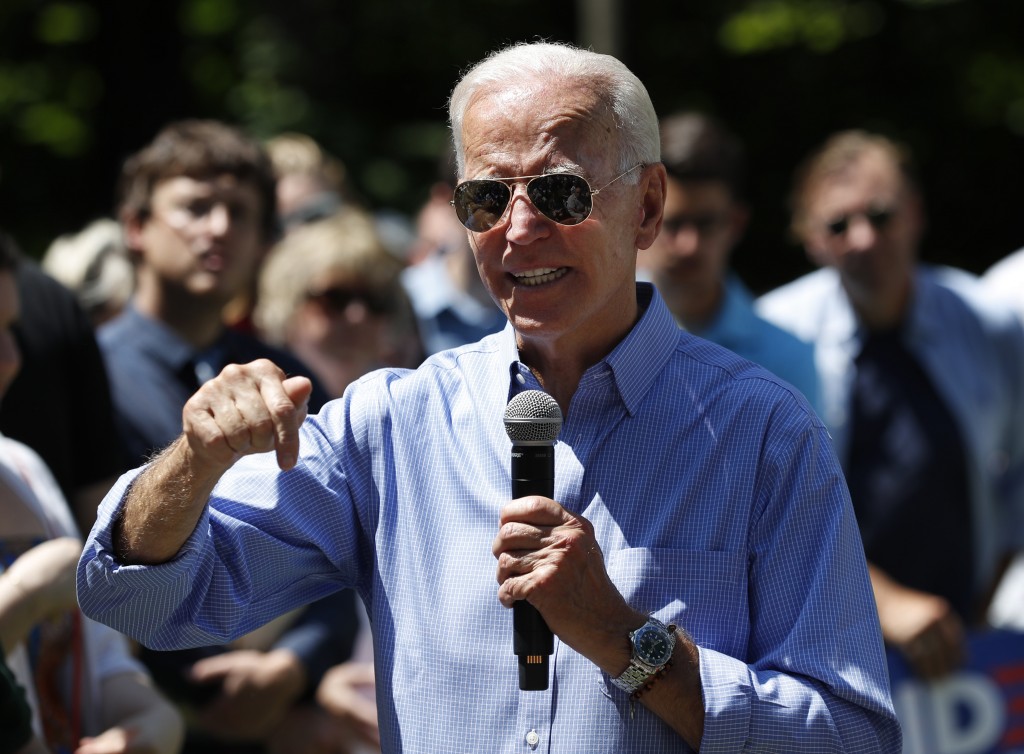 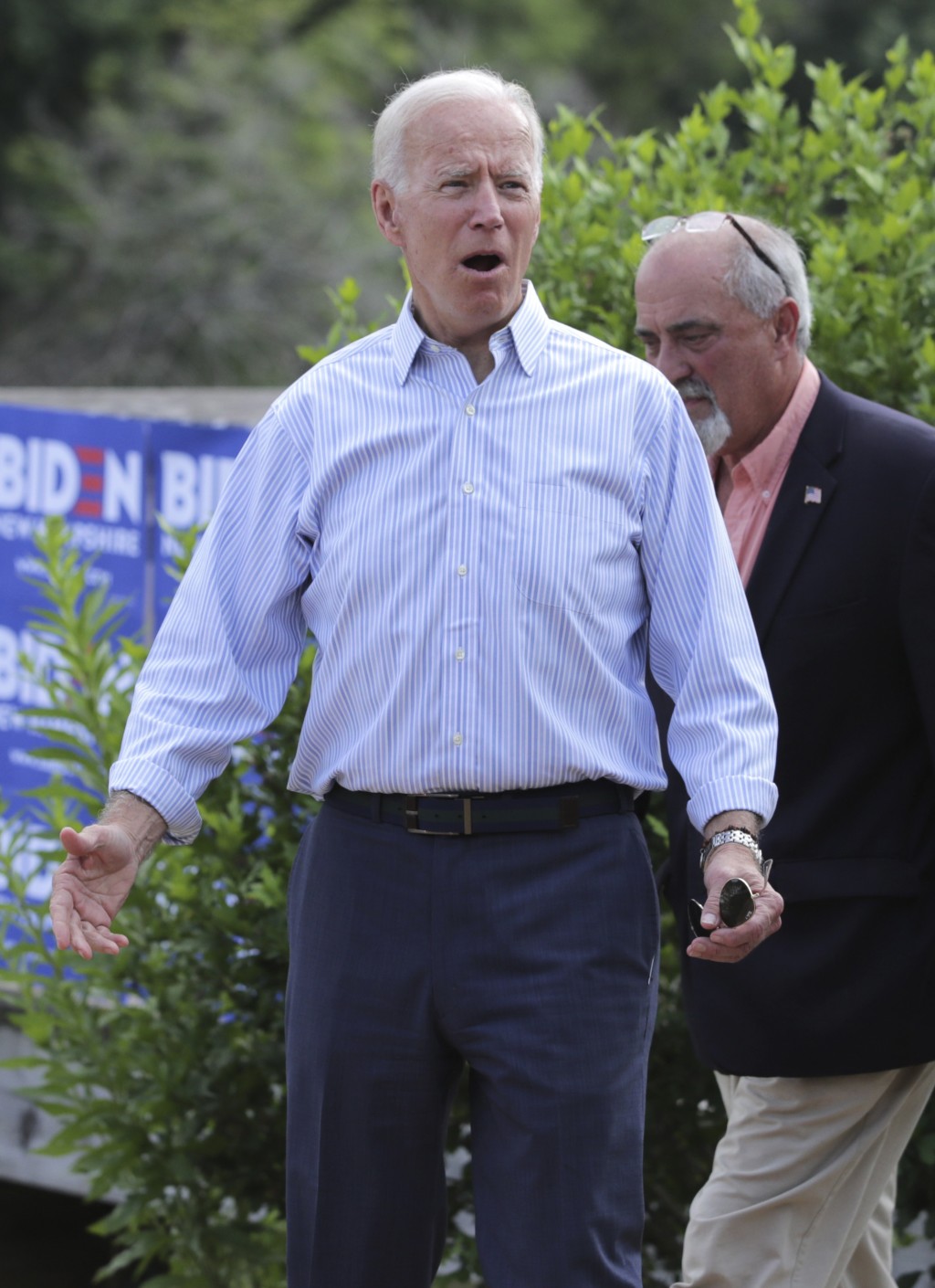 Joe Biden is taking an aggressive approach to defending the Affordable Care Act, challenging not just President Donald Trump but also some of his rivals for the Democratic presidential nomination who want to replace the current insurance system with a fully government-run model.

The former vice president will spend much of the coming week talking about his approach to health care. On Monday Biden released a plan that would add a "public option" to the 2010 health care overhaul, with expanded coverage paid for by raising taxes on the wealthiest Americans. Biden's almost singular focus on former President Barack Obama's health care law, often called "Obamacare," has been on display recently in early voting states.

In Iowa, Biden declared himself "against any Republican (and) any Democrat who wants to scrap" the Affordable Care Act. Later in New Hampshire, he said "we should not be scrapping Obamacare, we should be building on it."

Biden hopes his positioning as Obamacare's chief defender helps him on several fronts. It's a reminder of his close work alongside Obama, who remains popular among Democratic voters. And it could reinforce Biden's pitch as a sensible centrist promising to rise above the strident cacophony of Trump and Democrats like Sens. Bernie Sanders, Elizabeth Warren and Kamala Harris, all single-payer advocates.

Biden's plan was released on the same day as a nonprofit foundation he set up to drive research for a cancer cure announced that it was suspending operations. Biden and his wife, Jill, already had left their leadership roles in the foundation, as an ethics precaution before he joined the presidential campaign. But the nonprofit had trouble maintaining momentum without their involvement.

The former vice president's health care proposal is anchored by a "Medicare-like" plan that any American, including the 150 million-plus Americans now covered by job-based insurance, could buy on ACA exchanges.

The proposal would make existing premium subsidies more generous and make more middle-income households eligible for them, lowering their out-of-pocket costs. It also would extend premium-free coverage to lower-income Americans who have been denied eligibility to Medicaid in Republican-run states that refused to participate in the Affordable Care Act.

The campaign puts the taxpayer cost at $750 billion over 10 years, with the campaign saying that would be covered by returning the top marginal income tax to 39.6 percent, the rate before the 2017 GOP tax cuts . Some multimillionaires also would lose certain capital gains tax advantages.

Biden's aides framed his plan as more fiscally responsible and politically realistic than a single-payer overhaul. The idea behind a public option is to extend coverage to those who can't afford decent private coverage, while forcing corporate insurers to compete alongside the government, theoretically pressuring those private firms to lower their premiums and out-of-pocket costs for their policy holders.

Perhaps as important to Biden's campaign prospects, the Obamacare emphasis is an opportunity for Biden to go on offense ahead of the next presidential debates at the end of July. Biden has spent the past several weeks on defense, reversing his position on taxpayer funding for abortions and highlighting his past work with segregationist senators . Harris slammed Biden during the first debates , blasting the segregationist comment and criticizing his opposition to federal busing orders to desegregate public schools during the same era.

Those episodes called Biden's front-runner status into question, and in New Hampshire over the weekend it was clear Biden wanted to turn the tables on his rivals backing "Medicare for All."

"I think one of the most significant things we've done in our administration is pass the Affordable Care Act," Biden said. "I don't know why we'd get rid of what in fact was working and move to something totally new. And so, there are differences."

He argued that some of his opponents, with the exception of Sanders, aren't fairly representing the consequences of their proposals.

"Bernie's been very honest about it," Biden said. "He said you're going to have to raise taxes on the middle class. He said it's going to end all private insurance. I mean, he's been straightforward about it. And he's making his case."

Asked specifically whether Harris has been honest about how her plan would affect private insurance, Biden said, "I'll let you guys make that judgment."

During last month's debates, Harris, Warren and Sanders raised their hands when candidates were asked as a group whether they supported eliminating private insurance. Harris, a Senate co-sponsor of Sanders' single-payer bill, reversed her answer a day later — the second time since her campaign launch that she'd walked back her seeming endorsement of eliminating private insurance.

She explained that she interpreted the moderator's question as asking whether she'd be willing to give up her existing coverage as part of a single-payer model. She said she wants private policies to remain "supplemental" options for consumers.

Sanders, meanwhile, hit back at Biden, clarifying that his plan would be a net financial benefit for most households: Their federal taxes would go up, but their private insurance premiums, deductibles and co-pays would be eliminated.

"At a time when Donald Trump and the health insurance industry are lying every day about 'Medicare for All,' I would hope that my fellow Democrats would not resort to misinformation about my legislation," Sanders said in a statement responding to Biden's comments.

Biden isn't the only public-option advocate running for president.

Former Colorado Gov. John Hickenlooper warns that Republicans will brand single-payer as "socialism." Colorado Sen. Michael Bennet echoes Biden's argument with a call to "finish the work we started with Obamacare" and warned Sunday in Iowa that Sanders' nomination would doom the party in 2020.

Minnesota Sen. Amy Klobuchar touts a public option as the next logical move even for single-payer advocates.

If anything, the dynamics illustrate Democrats' overall leftward shift on health care.

A decade ago, as Obama pushed for the ACA, the public option was effectively the left-flank for Democrats, a reality made obvious when Obama angered House liberals by jettisoning the provision to mollify some moderate Senate Democrats needed to pass the legislation. Now, after Sanders' insurgent 2016 presidential bid and his promise of "health care as a human right," the left has embraced single-payer, with moderates moving to the public option.

Yet with the exception of Biden, the moderates are languishing far back in polls, leaving the former vice president to capitalize on the dividing lines and promising that he will do what Obama couldn't.