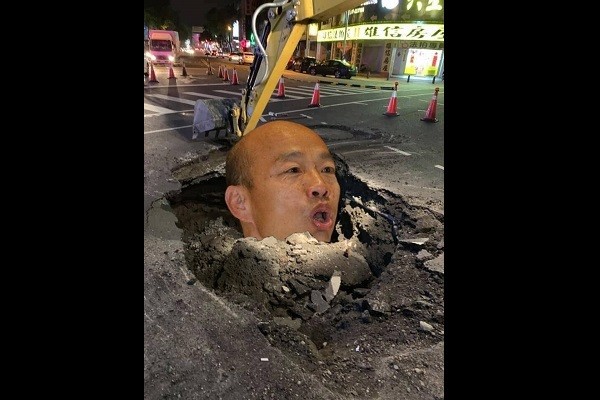 In the wake Han's victory in the Kuomingtang's (KMT) nationwide poll to select its candidate for the 2020 Taiwan presidential race, We Care Kaohsiung (Wecare高雄), Taiwan Statebuilding Party (台灣基進), and Citizens Mowing Action (公民割草) today (July 15) announced that a petition to have him recalled has exceeded 130,000 signatures. Media Liaison Officer for Citizens Mowing Action, Chang Shu-wei (張書維), told CNA today that Han's victory in the KMT primary will only galvanize more people to sign the petition.

Chang said that street protests by Taiwan Statebuilding Party and Citizens Mowing Action have recently borne the brunt of "eggings, verbal intimidation, and other irrational acts" by Han fans. Chang told the news agency that their public gatherings will be recorded by video and if any "irrational acts occur," the "citizens organization" will take legal action to protect itself.

We Care Kaohsiung organizer Yin Lih (尹立) told Liberty Times that there are three reasons for the recall petition: "runaway mayor, careless city government, and repeated personal deception." He said the backers of the petition come from both ends of the political spectrum, but many volunteers and shop owners wear masks or keep a low profile for fear of being bullied by Han fans.

Yin Lih congratulates Han on his winning of the KMT nomination, but his group has formally upgraded the campaign to have the mayor recalled. Yin Lih said that because Han has not stepped down as mayor and yet has abandoned the city government, "all citizens must unite to petition for his recall," according to the report.

Han's slogan had been "100 percent economy, zero percent politics," but "he actually scored zero points for the city government and the economy," said Yin Lih. The We Care Kaohsiung organizer said that the disappointment and anger the people of Kaohsiung felt toward Han was reflected in the 30,000 votes needed to pass the first threshold for a recall.

Just 18 days since the petition was first launched on June 27, the number of signatures on the petition has skyrocketed to 130,000, said Yin Lih. He said that by Han's one-year anniversary as mayor on Dec. 25, he is confident that the petition will receive 300,000 signatures, well above the 230,000 needed to have the mayor recalled.

For the petition to proceed to a public vote, it must be signed by 10 percent of the total electorate, or nearly 230,000 people, within 60 days. If the recall petition is successful, it will be the first time a mayor has ever been recalled in Taiwan’s history. 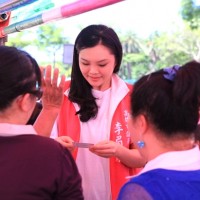