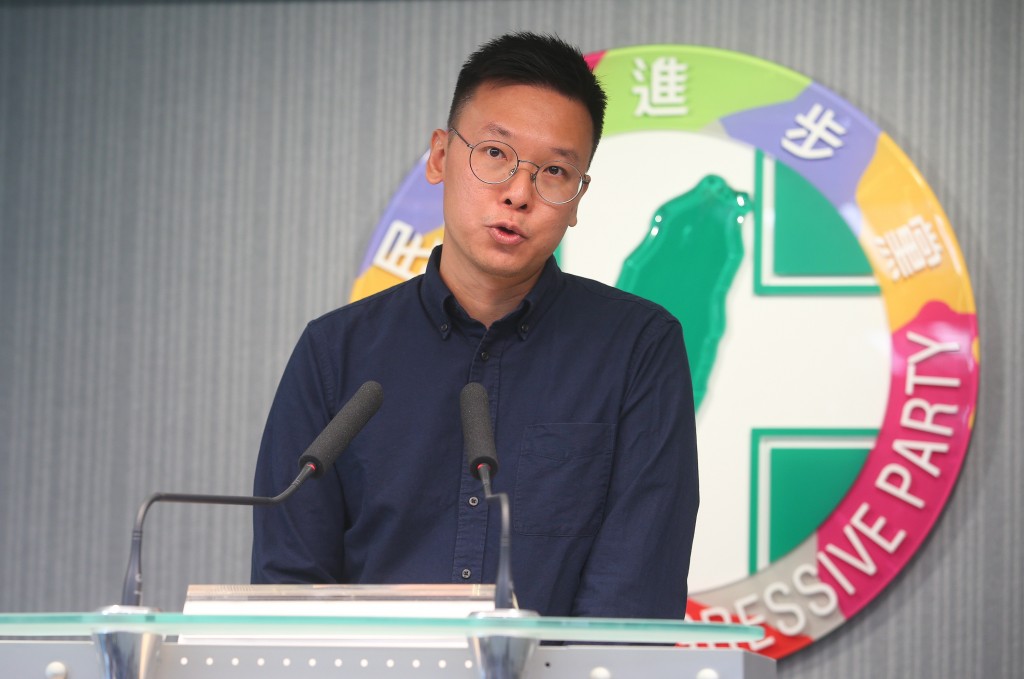 TAIPEI (Taiwan News) — In a move intended to garner young voters’ support in the presidential election in 2020, the ruling Democratic Progressive Party (DPP) welcomed the student leader of the 2014 Sunflower Movement, Lin Fei-fan (林飛帆), to officially join the party as the deputy secretary-general on Monday (July 15).

Taiwan is “facing unprecedented operations of infiltration, division, and 'united front' tactics” perpetrated by China with the ultimate aim of interfering in the country’s presidential election next year, said Lin at a press conference on Monday. He pledged to help the party win the election, preventing pro-Beijing forces from taking power.

According to Lin, one important duty of his will be facilitating dialogue between conservatives and the progressives in order to better deal with problems facing the country.

While pushing for reforms in the past three years, the DPP has struggled to meet various expectations from different generations. Lin said he would try to bridge the gap between conservative DPP supporters and younger voters, adding that he would also work with the party to draw up a blueprint for the country’s social and economic reforms for the next four years.

The political activist had been in talks with DPP Chairman Cho Jung-tai (卓榮泰) and the party’s secretary-general, Luo Wen-jia (羅文嘉), for nearly half a year before agreeing to join the DPP. Lin said he had also exchanged ideas with President Tsai Ing-wen (蔡英文) and Secretary-General to the President Chen Chu (陳菊) and is glad to have gained their blessing.

Lin is one of the former student leaders of the Sunflower Movement, which was a series of protests against a trade pact with China proposed by the Kuomintang (KMT) government. Opponents feared that the agreement would drive Taiwan too close to Beijing and consequently leave the country vulnerable to China’s economic dominance.

In addition to Lin, another former member of the Sunflower Movement, Lu Chia-hua (呂家華), also joined the DPP on Monday. She will lead a new task force focusing on communicating policies to the public.

Speaking about the motivation behind recruiting Lin and Lu, the secretary-general acknowledged that the DPP is losing support from young voters. The party will invite more young talent to join and continue its primary goal of promoting democracy on the island generation after generation, he added.

The chairman added the DPP needs young people with critical minds and a sense of justice to help reform the party.

Lin’s participation in the DPP is considered a major blow to the New Power Party (NPP), which rose to become the third biggest political party in Taiwan after several former Sunflower Movement activists joined its ranks. Several of them later became lawmakers and city councilors.

Lin said he looks forward to collaborating with other parties in pushing forward progressive policies. Despite having been critical of the DPP a few years ago, Lin said that he and the DPP are now “in the same boat" and that he will work with the party to bring about an election victory and social transformation.