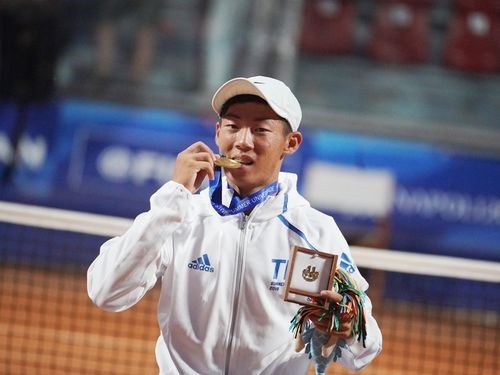 It is the best-ever performance that Taiwan has ever achieved in a Universiade held outside Taiwan.

This year, Taiwan sent 131 youth athletes to the international sports event to compete in 13 categories of the biannual games from July 4-13, the glamorous closing ceremony of which drew an audience of more than 35,000 people. In 2017, Taipei played host to the 29th summer Universiade, with a record 371 athletes participating.

Taiwan grabbed 26 gold, 34 silver, and 30 bronze medals in the medal rankings that year, ranking third in the Universiade medal table and marking the country's best performance in the games. Taiwan seized seven gold medals in Universiade in 2007, 2009 and 2011.

The next summer's Universiade will be held in 2021 in Chengdu in China's Sichuan Province.