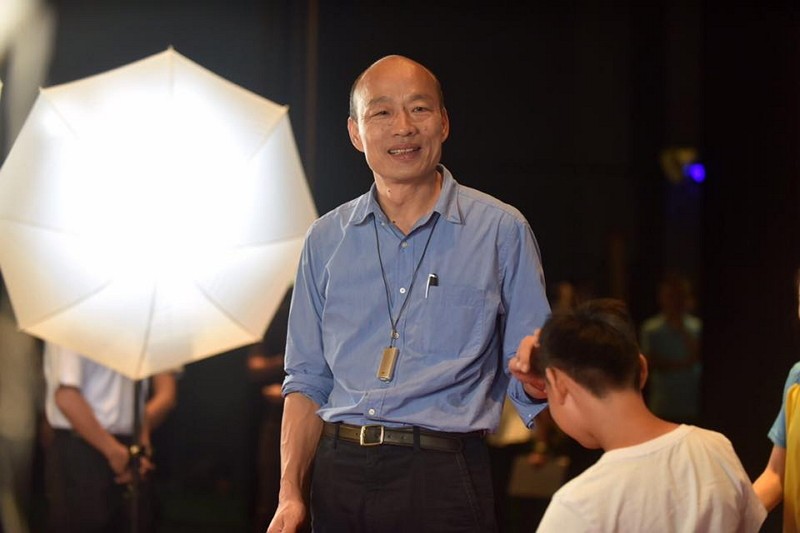 The Nationalist Party said Han Kuo-yu had won the presidential primary after opinion poll results gave him a 45 percent support rating. He defeated four other candidates including former Foxconn Technology chairman Terry Gou and will face incumbent Tsai Ing-wen in the January election.

Han has vowed to make peace with China, and signed deals with four Chinese cities in March to sell 5.2 billion New Taiwan dollars ($167 million) worth of Taiwanese agricultural products. Tsai has refused to negotiate with China on Beijing’s condition that the two sides belong under one flag.

China and Taiwan have been separately ruled since 1949, but Beijing still claims sovereignty over the island and occasionally threatens use of force to take it, if needed. A Taiwan government public opinion survey in January showed that most Taiwanese prefer self-rule.

In November, Han was elected mayor of the port city of Kaohsiung, a traditional ruling party stronghold, largely by pledging to improve the local economy. A rising star, he is a charismatic speaker who often appears with his blue shirt sleeves rolled halfway up.

“Han mobilized the middle class and the lower middle class without paying money,” said Joanna Lei, CEO of the Taiwan-based Chunghua 21st Century Think Tank. Over the past 12 years of Nationalist leaders, she said, “Han Kuo-yu is the only candidate who has a really strong appeal to the lower middle-class voters.”

Tsai has vociferously stood up to China since taking office in 2016 and particularly since Chinese President Xi Jinping advocated earlier this year that China govern Taiwan under the same “one country, two systems” setup as it rules Hong Kong. Millions of Hong Kong citizens have protested in the streets since June against elements of Chinese rule.

Tsai’s ruling Democratic Progressive Party suffered a major setback in the November local elections that gave Han the mayoral job. Voters said then that they felt dissatisfied with Tsai’s management of the economy, but her anti-China stance has boosted her ratings this year.

Gou, the billionaire former Foxconn head, came in No. 2 in the field of five candidates with a 28 percent support rating based on opinion polls earlier in the month.

Gou’s candidacy attracted interest in overseas business circles, as Foxconn churns out iPhones and other consumer electronics as a contract manufacturer for Apple and other major brands. Gou founded the firm 45 years ago and built it by investing heavily in factories around China to tap into the vast, cheap labor pool there.

Candidates focused on economic improvement will get the most votes in the presidential election, said Ku Chung-hua, a retired sociology professor and standing board member with the Taiwan advocacy group Citizens’ Congress Watch.

“I still think the economy will carry more weight than China this time around,” Ku said. “China matters, including Hong Kong, will make people feel on guard, but when they vote for a president, they’ll hope to change their own lives and voting will follow that direction.”

Taiwan’s GDP growth is expected to slow this year to 2.2 percent from 2.6 percent in 2018. Common Taiwanese often fret over salaries and housing costs.

“We’re most afraid for the next generation of youth,” Han said at a news conference Monday after winning the primary. “Tsai Ing-wen has been in power for three years, but I’d really like to know what she’s done.”

China-born Han, 62, was a Nationalist Party lawmaker from 1993 to 2002. He once managed a company that markets Taiwanese farm products. He lost a bid two years ago to become the chairman of his party.

Han traveled to Hong Kong, Macau, Shenzhen and Xiamen to sign the agricultural product deals. He visited the United States a month later to speak at two universities and meet members of Congress, and sought to encourage American investment in Kaohsiung.