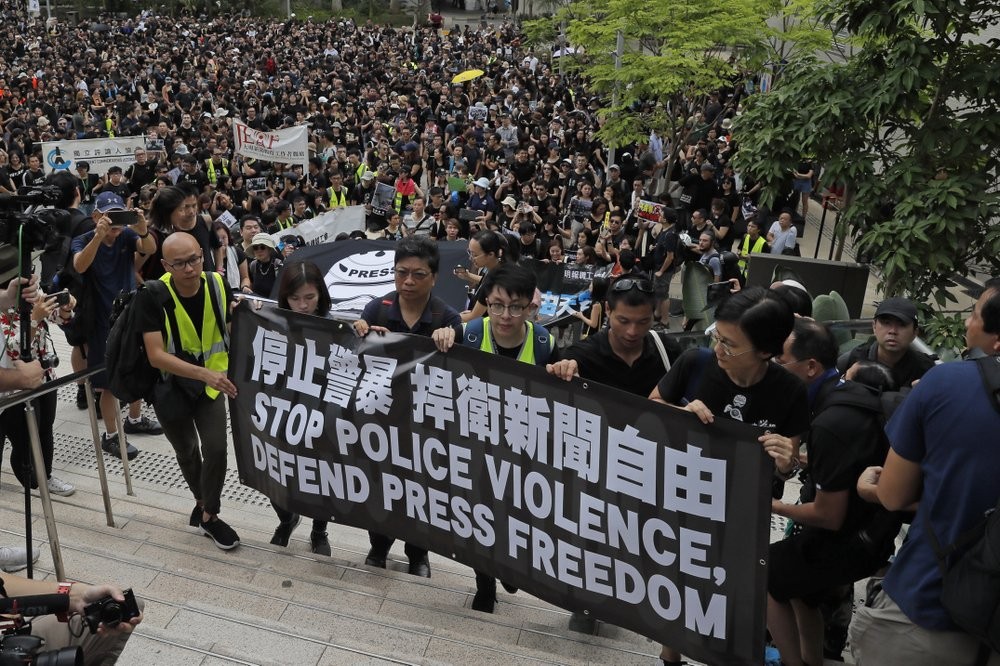 HONG KONG (AP) — Protesters demanding the resignation of Hong Kong’s chief executive and an investigation into alleged police violence filled the streets of a northern town on Sunday, adding to an outpouring of grievances against the Chinese territory’s leaders.

Some of the more than 10,000 people marching in Sha Tin in Hong Kong’s New Territories, which abuts China, called for genuinely democratic voting in the former British colony. A handful called for an independent Hong Kong.

Protests that began in opposition to a proposed extradition law have swelled to include complaints about an influx of mainland Chinese into Hong Kong and that local leaders are more responsive to the Beijing government than to the territory’s people.

On Sunday, protesters demanded an investigation into complaints that police assaulted participants in earlier demonstrations against the extradition law. Some carried signs reading “Police Are Liars.” Other signs read “Defend Hong Kong.”

The protests reflect mounting complaints that Hong Kong’s leaders are eroding the freedoms and autonomy promised when the territory was returned to China in 1997.

The government of Chief Executive Carrie Lam suspended action last month on the extradition bill, which would have allowed Hong Kong crime suspects to be transferred to the mainland, where the ruling Communist Party controls the court system.

Lam apologized for her handling of the legislation, but critics are demanding she resign.

On Saturday, police used clubs and tear gas to break up a crowd of mostly young protesters who called for tighter control on mainland traders who visit Hong Kong. Critics say they are improperly undercutting Hong Kong businesses.